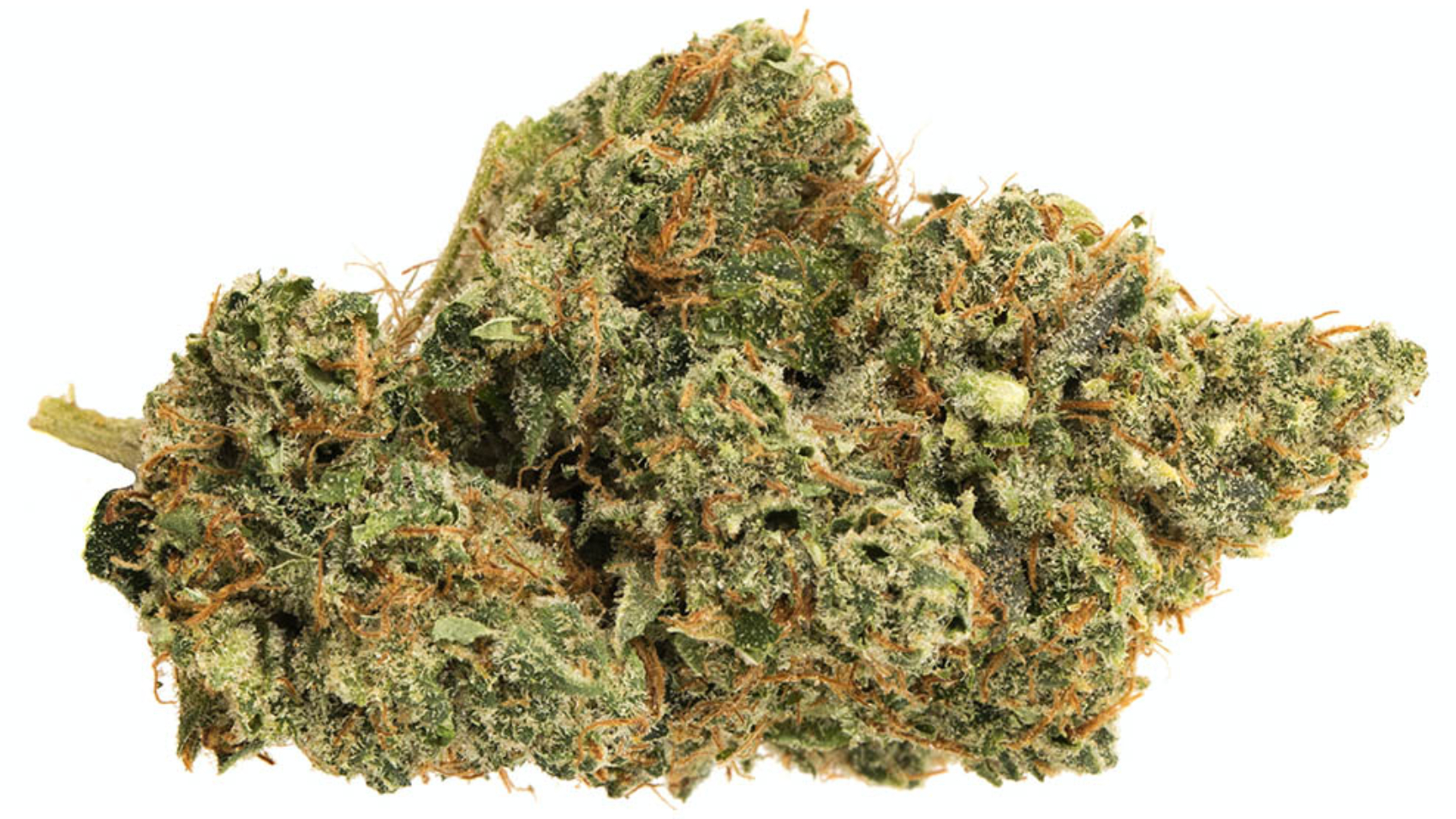 Yoda OG is a sweet lemony, and vanilla tasting strain that uplifts and relaxes its users. It is a heavily indica-dominant hybrid, so expect to get pretty sedated toward the end of the high (and prepare for some couchlock). Users say it can soothe pains and aches of all sorts as well, so it’s a great medicinal bud, too.

Somehow, you knew, didn’t you? With so many strains popping up here and there and having names named after its taste, its looks, where it came from, and so many different ways of naming

It is fitting when you think about it. Star Wars is a classic, a legend in the cinema. Our strain here is like that too, it traces its origin to the legendary OG Kush.

Whenever you watch a science fiction movie where it involves people traveling long distances to other galaxies, what is the one thing in common, not including teleportation or passing through any portals?

They sleep, right? For humans to travel light years, they are put to cryogenic sleep. Well, here’s the thing about Yoda OG. This master has traveled several years and is here to do just that. It is one of the best strains for use if you want to uplift your mood listening to the wise words of the master, and go to sleep later with your body in a complete state of relaxation.

We know that Yoda OG is a descendant of the legendary OG Kush. But there are also other thoughts on its origin. For instance, some people think that it traces its roots to Chemdawg, Lemon Thai, and Old World Paki Kush.

Even with its vague origin, Yoga OG has proven to be one of the more popular strains in a line of completely unrelated Star Wars strains, where the only thing they have in common is to be named after the movie.

What Is the Yoda OG Strain?

Yoda OG’s exact lineage is a little mysterious. One thing that is known is that it is descended from the legendary OG Kush strain. Some believe that it’s a cross between Chemdawg, Lemon Thai, and Old World Paki Kush.

Yoda OG is a heavily indica-dominant strain with an indica to sativa ratio of 80:20. One notable feature is that it is a slow-onset creeper strain. Therefore, its effects will take a little longer to kick in than other strains. So, be careful not to overconsume.

When Yoda OG’s effects take hold, users experience a euphoric and uplifting high. As time passes and the intensity of Yoda OG’s high begins to fade, its indica genetics come more to the fore. A feeling of deep relaxation and sedation take over, which will make getting off the couch difficult.

Due to the nature of Yoda OG’s effects, this strain is best-suited to evening rather than daytime use. Many consider it a perfect after-dinner strain for relaxing and unwinding. Just be sure that you have no urgent deadlines and are free to relax for the evening before consuming it.

The reason for this is that Yoda OG’s indica genetics pack a powerful punch. If you overindulge on this strain, then you are likely to receive a knockout blow. You’ll be lights out and down for the count if you’re not careful with the amount of Yoda OG you consume.

So, what can the master Yoga OG do for you? Before continuing, there is another strain called Master Yoda, but that is a completely different strain. Anyway, this is an Indica-dominant cannabis, so its effect on mental high is not as great as other more balanced strains. It still gives you enough to have a general sense of happiness and better mood.

As the sedative property kicks in, you are in for the experience of a lifetime with a ride on your magic couch. That’s right, with a high THC level, Yoga OG has is a potent strain that relaxes your mind and especially, the whole body. Not that you feel lethargic, but you might feel reluctant to get up from the couch. In other words, this strain makes you feel lazy.

A couple of other effects that you might feel is feeling hungry and very sleepy. Some experience one only but others may experience both at the same time.

Possible Side Effects of the Yoda OG Strain

The most commonly reported side effects of the Yoda OG strain are cottonmouth and dry eyes. However, some users of this strain have reported experiencing heightened anxiety, dizziness, and mild paranoia.

It is essential to bear Yoda OG’s potent effects in mind before consuming this strain. As already mentioned, it can have a very high THC level, which can reach up to 28%!

Also, Yoda OG’s creeping effects have caught many consumers out in the past. Just because these effects don’t hit home straight away doesn’t mean it’s a mild strain. If you overindulge, you will be left severely couch-locked and more likely to experience heightened anxiety and paranoia.

For this reason, Yoda OG is perhaps too potent to be consumed by a novice cannabis smoker. Even experienced marijuana users will have to be careful with this strain to avoid its more unpleasant side effects.

Yoda OG has a pungent smell that is a mix of wood and earth with pine or lemon. The odor is quite strong, so you may not want people nearby sniffing it. We think this is something you want to be aware of if you are bringing some with you outside.

As for the taste, most consumers think it has a pleasant taste. It does have that sweet and crisp taste of pine with diesel undertone. For more people, Yoga OG tastes better than it smells.

There is no surprise here. The same adverse reactions are to be expected, which includes dry eyes and dry mouth. Other possible reactions could include a headache and possible paranoia, both are actually rare and is unlikely to occur.

The best way to minimize or avoid such negative reactions is to use Yoga OG in moderation. That means not using even a little bit too much above your tolerance level. In other words, stay within conservative limits and you will be fine.

Appearance of the Yoda OG Strain

Some speculate that Yoda OG got its name from its slight resemblance to the little Star Wars character.

A Yoda OG plant’s light green color, combined with its thin, white, hair-like trichomes, arguably resembles Yoda’s skin color and wispy grey hair. You may have to consume some Yoda OG first to see it!

Others believe that this strain is simply an homage to the legendary film. A more cynical view is that these strains are using Star Wars fame and worldwide popularity as a marketing ploy.

It may be the former, or it may be the latter. Perhaps it may just be the breeder’s attempt to stand out in the crowded cannabis strain market. Regardless, what matters to most cannabis consumers is the quality of the particular strain and not its name.

More than what it can do because of the cerebral high, it is how the sedative property takes over the body that gives Yoga OG its medicinal use. Because of the total body relaxation, and the feeling of not wanting to do anything else, it also means that your mind settles down to a calmer state. And it is in that way that it helps with the alleviation of stress and depression.

Yoda OG is a very popular strain with medicinal marijuana smokers as it has many purported health benefits. Medicinal consumers with mood disorders like depression and anxiety may temporarily benefit from Yoda OG’s uplifting mood-enhancing effects.

Both recreational and medicinal marijuana consumers say that they find Yoda OG useful for relaxing and unwinding. Users say that the deep feeling of relaxation that this strain instills is the perfect way to destress and unwind.

Users say that the deep feeling of relaxation that this strain instills is the perfect way to destress and unwind.

Yoda OG may also help to soothe an aching body as well as calm a troubled mind. As its indica effects take hold, the muscles will naturally relax, leading to a deep body-melt feeling.

In this relaxed state, users say that pain fades into the background. Some painful conditions that Yoda OG may relieve include arthritis, lower back pain, and headaches.

As Yoda OG also has a robust soporific effect, it is becoming increasingly popular with cannabis consumers with insomnia. As the evening draws to a close, users find it hard to keep their eyes open. The mind and body become so relaxed that users naturally start to drift off into a peaceful sleep.

Another of its important benefit is helping in the alleviation of chronic pains and aches. People suffering from conditions such as Attention Deficit Disorder (ADD), Attention Deficit Hyperactivity Disorder (ADHD), Post Traumatic Stress Disorder (PTSD), and Bipolar Disorder will, no doubt, find Yoga OG a great strain to use for meditating.

Not only does it make one feel lazy, but Yoga OG could also make consumers feel sleepy. Hence, this strain is best used at the end of the day before sleeping. This is especially beneficial to anyone suffering from lack of sleep.

The highest recorded THC level in a sample of Yoda OG was a mind-blowing 28.11%. Just like the little Star Wars character that Yoda OG is named after, the “force” is strong with this strain.

Having said that, Yoda OG’s THC level tends to vary wildly from sample to sample. While the sample containing 28.11% is very much an outlier, you shouldn’t underestimate this strain. The average THC level is around 18-19%, which is pretty potent. However, some Yoda OG strains have THC levels as low as 13-15%.

The highest recorded CBD level in a Yoda OG sample was 1%.

There is not enough available information available so we could only make a fair assumption of how Yoga OG can be grown. Like most cannabis strains, it should thrive in both indoor and outdoor environments.

Yoda OG growing information, just like Yoda’s hair, is pretty sparse. What little information there is points to it being a relatively easy plant to grow. A Yoda OG plant is medium-sized and typically grows to around 75 inches in height.

The flowering period is relatively average, and you can expect it to flower around the 65-day mark. If you are growing your Yoda OG plant outdoors, then early October is the ideal time of year for harvesting.

Indoor growers can expect an average yield of between 12-16 ounces per square meter. Outdoor cultivators could potentially achieve returns of 20 ounces or more per plant.

Grown indoors, there is no reason why it could not be grown using hydroponics, which helps in shortening the flowering time from the estimated 65 days. Under such circumstances that are ideal for its growth, a reasonable yield of 12 to 16 ounces per square meter is to be expected.

The best estimate for its harvest is during October with a good yield of 20 ounces or more per plant.

Have you ever smoked or grown your own Yoda OG? Please let me know what you think about this marijuana strain in the comments below.

It is vital to bear in mind that Yoda OG is a creeper strain. Its effects will take a little longer to kick in, but they are incredibly potent when they do.

Yoda OG’s potency makes it arguably unsuitable for a novice smoker. Even experienced cannabis consumers will have to tread lightly with this strain. If you overindulge, you will feel the “force” and be glued to the couch. You also may experience some of this strain’s more unpleasant side effects, such as heightened anxiety, dizziness, and paranoia.