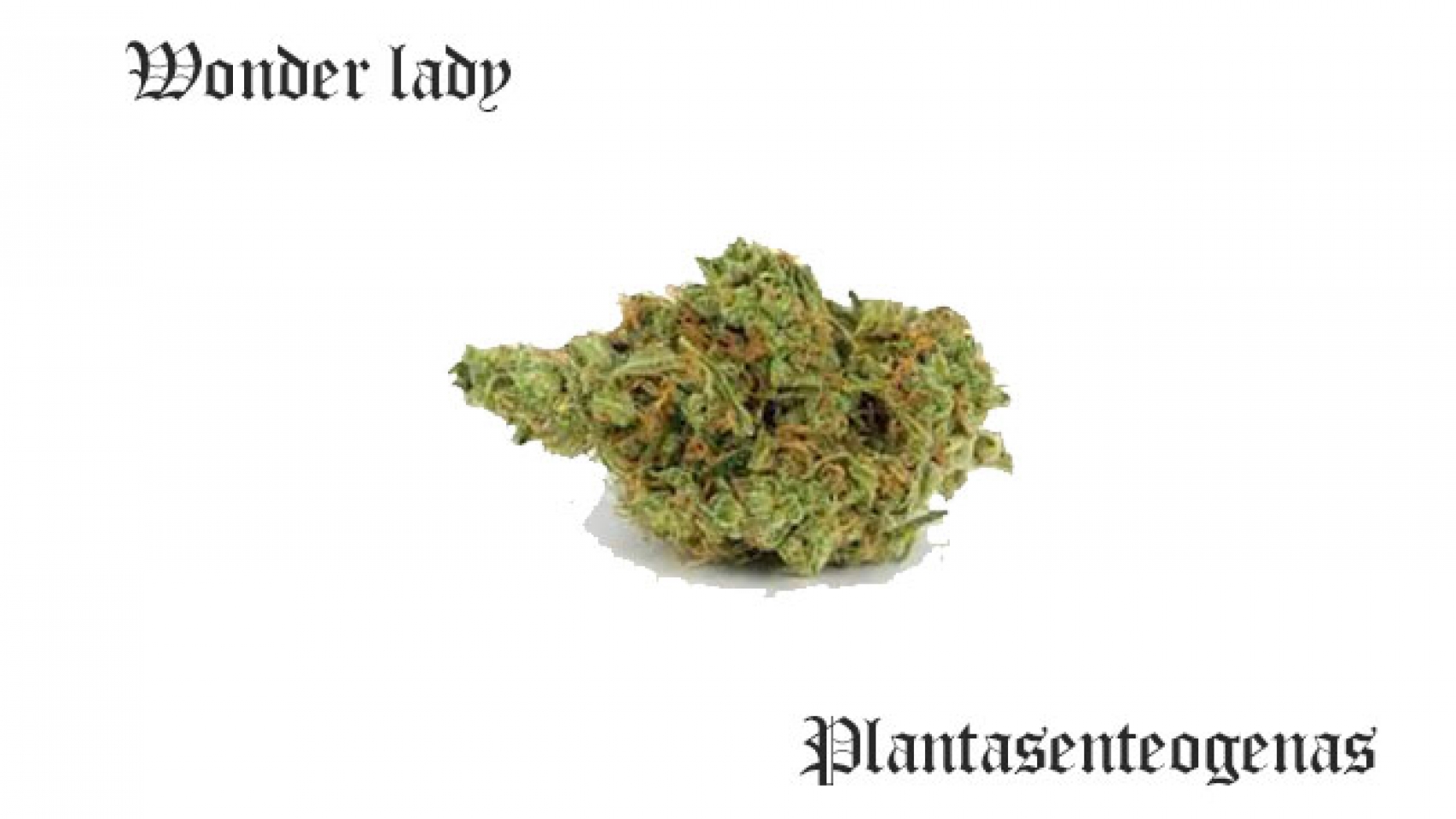 What makes Wonder Woman so wonderful? If you were to ask growers, they would say it’s the plant’s impressively high yields; if you were to ask consumers, they would probably cite its long-lasting buzz. Wonder Woman is a possible cross of Ice and another hybrid that tends to grow tall. On average, plants will flower in 9-11 weeks, producing copious amounts of tight buds that make for easy trimming. The flowers have a skunky smell with notes of fruit and jet fuel.

The man behind Cultivator’s Choice and Sacred Seeds – Sam the Skunkman – created a strain by the name of Wonder Woman.

A potent blend of mostly Sativa genetics, this strain began with the often picked White Widow chosen as the mother. The father is the product of crossing a landrace Thai, Haze and Skunk #1 hybrid mother with one of his own pure Skunk #1 males. From this conglomeration comes a strain that produces a strong cerebral high that elevates moods. Wonder Woman is a strain often recommended for anxiety, depression and stress relief.

Wonder Woman can be grown inside or in a greenhouse but it has trouble with the great outdoors. This strain is not the easiest to grow and ends up typically being on the taller side, requiring a decent amount of space. Producing a larger than average yield, Wonder Woman needs about 10 weeks of flowering before she is ready for harvest. When grown in a greenhouse plants will be ready in late October or early November.

There is also another strain, released by Nirvana Seeds, that claims the name Wonder Woman. However, Nirvana has not released the genetics behind their Wonder Woman but some believe it to be descended from Ice.  Nirvana’s Wonder Woman is an Indica dominant strain that produces a wide range of effects. These seeds are good for indoor or outdoor use and require nine to 11 weeks to flower. Capable of yielding up to 600 grams per square meter, Nirvana’s Wonder Woman does well in a Sea of Green.

A potent and rich strain, this hybrid can produce an indica dominant as well as a satica dominant plant. The Wonder Woman plant grows to medium height and has hard buds that can be trimmed off easily. What makes it a favorite for veteran growers is the plant’s resilience and high-yield. Wonder Woman has a flowering time of around 9 – 11 weeks and can grow well indoors and outdoors. The strain has a rich skunky scent reminiscent of ammonia with strong tones of jet fuel. The sweet berry-like flavor can drive your creativity and guarantee a pleasant euphoric feeling. Offering you a powerful and long lasting skunky buzz, this strain can really get you stoned and uplift your mood to greater heights. It is a great cure for stress and insomnia and can treat pain, anxiety and nausea too. True to its name, Wonder Woman has a femininely sweet flavor and leaves a slight berry aftertaste. Regular smokers will surely enjoy the rich and pungent fuel-like buzz to loosen up their nerves and relax after a tiring day.

What Is the Wonder Woman Strain?

Much like the heroine, the origins of Wonder Woman weed are shrouded in mystery. This sativa-dominant strain may be a cross of Top 44 and Ice.

For the record, Nirvana Seeds bred both alleged parents. Ice is a cross of Shiva, Northern Lights, Skunk #1, and Afghani, which means it isn’t always easy to predict what the strain will produce.

While it has sativa-dominant genetics, you can grow Wonder Woman plants with more indica qualities.

While it has sativa-dominant genetics, you can grow Wonder Woman plants with more indica qualities. In terms of effects, a lot depends on the phenotype.

If you have sativa-dominant Wonder Woman, you will enjoy a smooth inhale but harsh exhale. It is a balanced high that provides you with a boost in mood, and you may even feel more aroused. The physical high creeps in to balance the cerebral effects, which makes you feel relaxed but alert.

The indica-dominant phenotype has a harsher taste and hits you very hard almost immediately. The high subsides much faster than if it has a sativa phenotype. Overall, it is a good strain if you are out socializing. Some users claim that the Wonder Woman strain causes them to feel aroused.

You can smell this strain’s genetic lineage. It offers a skunky scent with more than a hint of petrol. It is an overpowering aroma almost as strong as the superhero herself. Make sure you indulge in this weed in a well-ventilated room!

Petrol is also apparent in the taste, although citrus undertones make the flavor more palatable. This strain’s complexity will treat your senses, and when you inhale, you almost get a lemon-flavored fuel taste!

Wonder Woman marijuana has balloon-shaped nugs covered with glistening trichome crystals. It only reaches a maximum height of three feet when grown indoors. Therefore, it is a good option if you have limited space. The consistency of the flower is sticky with resin and extremely dense.

When you roll this strain, you will be amazed at how sticky your fingers get. We advise you to have rubbing alcohol or something else to clean the gummy mess from your hands! It is also important to use a high-quality grinder, or else the nugs will get stuck.

Once you have your Wonder Woman seeds, you’ll find that it isn’t that hard to grow. Incidentally, seeds are easy to come by. You can find them at Nirvana Shop’s official website. Third-party stores also sell them online.

Ideally, you will grow it indoors. However, you can also grow it outside if you have space and the right climate. It is normally ready for harvest outside by the beginning of October. The yield is around 16 ounces per plant.

As Wonder Woman is such a short plant, it is perfect for indoor cultivation. You only need to top it a maximum of two times. When you keep it nice and short, it becomes bushier but still doesn’t occupy a huge amount of space. We recommend using the Sea of Green (SOG) growing technique and consider a hydroponics setup.

With hydroponics instead of soil, you can reduce the 9-week flowering time. Outdoor growers have to contend with the strong odor of this strain. Meanwhile, indoor cultivators can use fans to control the scent. A carbon activated filter is ideal if you have a grow tent. When grown indoors, the yield is an enormous 24 ounces per square meter.

The strain’s complex genetics means you could end up with two different phenotypes if you only germinate two seeds. They are indica-leaning and sativa-dominant, respectively.  If you have a sativa phenotype, the plant will stretch to double its size during flowering. The indica phenotype tends to provide a higher yield and often finishes flowering up to a week sooner.

This is a potent strain. Some users try it to combat the pain caused by various medical conditions such as headaches and fibromyalgia. Individuals looking for a solution to the problem of muscle spasms might also try Wonder Woman. Others think it helps manage arthritis symptoms.

Wonder Woman weed is a popular medicinal strain for mental health ailments. These include anxiety, chronic stress, depression, and ADD/ADHD. If you have gastrointestinal problems, you could use this cannabis to see if it eases nausea, alleviates the pain of cramps, or increases your appetite.

On a bad day, Wonder Woman can make one believe they have superpowers. With effects ranging from calmness to a boost of energy, the strain can come in handy to fight the evil powers of negativity and darkness. On other occasions, the effects can be quite the opposite — making one feel like a wannabe sidekick prone to anxiety and dizzying spells.

What then makes Wonder Woman truly wonderful? Let’s find out.

The two-faced effects are a result of the strain’s almost yin/yang composition of indica and sativa — 40 percent, and 60 percent respectively.