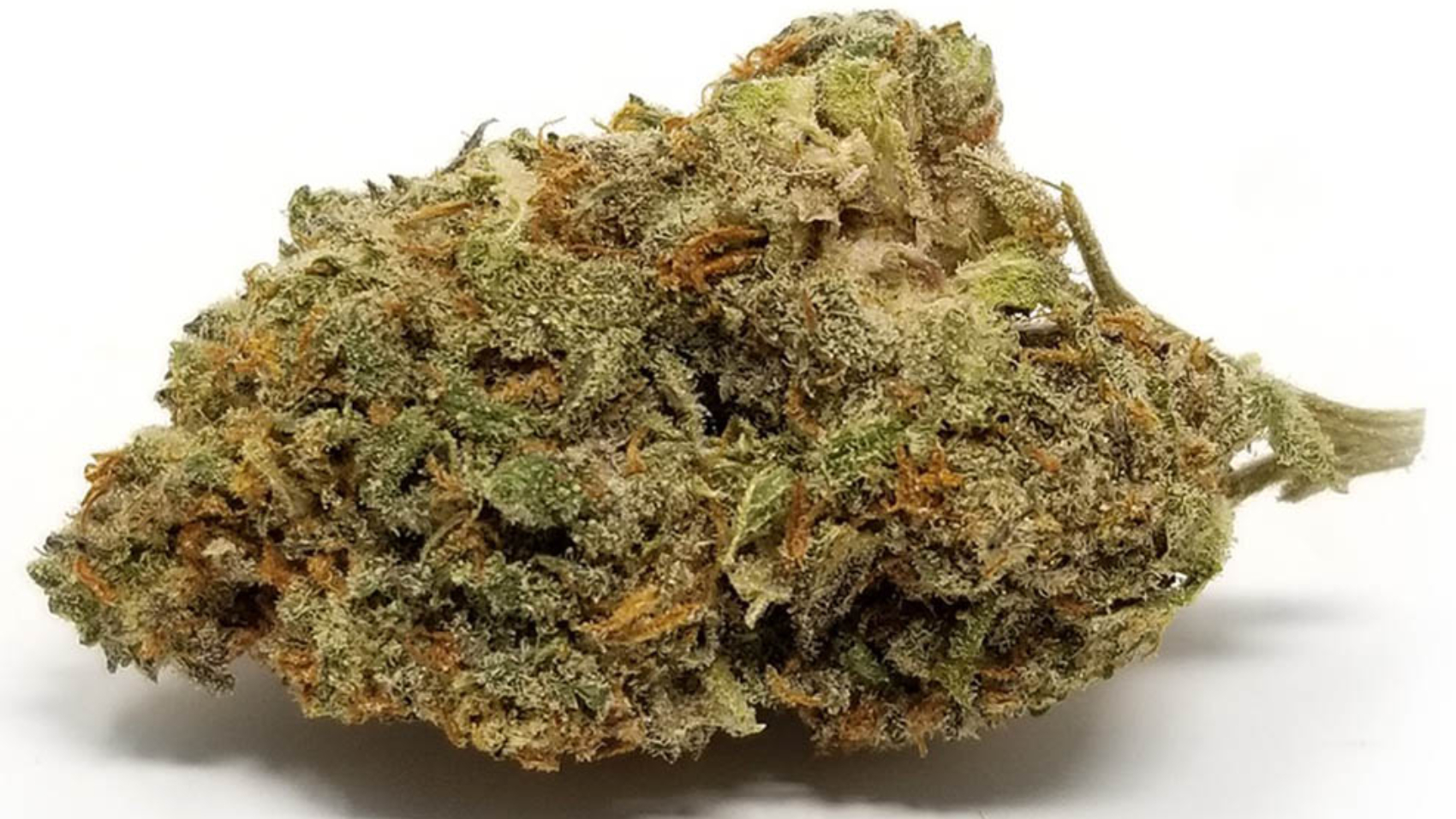 Take a trip back to 1964 and go on an adventure with Willy Wonka, a famous character in Roald Dahl’s Charlie and the Chocolate Factory and Charlie and the Great Glass Elevator. Of course, that is not possible but what is, is the strain.

The original breeder of Willy Wonka is not known. While there is an offspring of Sweet Tooth and Willie Nelson, that is not the same variant as our featured strain in this article. Instead, the credit of this version goes to Mr. Natural, an outfit based in Spain. The breeder used Chocolate Trip and Cinderella 99 to develop Willy Wonka.

Chocolate Trip is a Sativa-dominant strain. While it does come with powerful mental effects, it still delivers an intense physical high without the sedation. Cinderella 99 or Cindy, on the other hand, is more known for its spacey euphoric cerebral effects.

By combining the genetics of both Chocolate Trip and Cinderella 99, the result is a Sativa-dominant creeper that induces intense psychoactive effects. It also inherited the same Indica traits of Chocolate Trip, in which users can relax on a wave of relaxation while taking a cerebral journey.

Willy Wonka is also not just any ordinary strain. In fact, it took honors in the Denver leg of the 2014 High Times Cannabis Cup. With that, its appeal to the users has increased. However, the strain has remained elusive in the sense that it is not widely available.

Willy Wonka can be a creeper in that it may take minutes before its effects are felt by the users. Be careful not to underestimate it too. Possessing as much as 24% THC, this hybrid can bring it on, and when it does, it can be overwhelming.

Once it kicks into the mind and the body, it begins with an intense and buzzing euphoric high. Users are likely to experience mental clarity, perhaps too much as to have slight visual and color distortions. At this point, they also become ultra-sensitive such as sounds and noises in the surrounding seem amplified.

Used in moderation, users remain productive, and they can certainly benefit from a sharper focus. Not to mention, the invigorating rush that keeps them hyperactive and motivated. There is also a tendency to feel talkative too.

Soon, a tingling sensation ebbs down to the body. As a sense of relaxation takes over the body, users continue to be functional. It also is the reason why the near-psychedelic experience does not further intensify.

Willy Wonka is not only a pleasure to use. As a prelude to the magical experience, it takes recreational users on, it comes with an enticing sweet and earthy aroma with a hint of vanilla. It is not overpowering. Instead, users would describe the scent as refreshing.

Much of how the strain smells carry over to its taste. Accompanying the smoke during exhalation is a woody tone and a lingering minty aftertaste. In some ways, it helps make the smoke feel cool and easy on the throat.

Using Willy Wonka is almost guaranteed to make one feel dry mouth as well as have red eyes. Of course, that is not surprising at all because using any cannabis strain do induce these conditions.

However, many of its users also report having a mild headache. It is also possible for some to experience dizziness. In most cases, these conditions are manageable.

While Willy Wonka is an excellent wake-and-bake strain, use it moderately so that any adverse reactions will be mild and negligible. Otherwise, they can be quite uncomfortable. Not to worry though, they do not cause long-term harm.

Willy Wonka is a sativa-dominant cross between Sweet Tooth and Willie Nelson. It produces short plants despite its sativa heritage. Willy Wonka has an average flowering time between 56 and 60 days and is known to produce medium yields in ideal conditions. The strain is supposedly easy to grow indoors or out.

When it comes to treatment of seizures, epilepsy, tremors, and other illnesses that respond to CBD, Willy Wonka cannot do much. But its psychoactive properties do bring comfort to other conditions.

In uplifting the mood to uncharted territories with the buzzing euphoric high, the strain squashes stress like bugs. People with depression and similar illness or issues can benefit from the comfort it provides.

Other uses of Willy Wonka among the medical cannabis community is in dealing with fatigue. Much like caffeine, the strain can provide a boost in energy. Even when the smaller Indica side exerts its influence on the body, most people should have no trouble running around.

An agreeable, low-key sativa hybrid, Willy Wonka is versatile enough for use alone or with a large group of friends. For a full Charlie and the Chocolate Factory-themed smoke session, pair this strain with the more balanced Golden Ticket.

There is not a lot of information available on cultivating Willy Wonka. We do know that it can thrive in indoor and outdoor environments. As for getting its seeds, that can be difficult. Mr. Natural appears to sell its seeds occasionally but only in Spain. Getting it from another country can prove to be a challenge.

To induce purple streaks on its leaves and flowers, growers will want to expose the plant to cooler temperature before flowering time.

Mr. Natural has made seeds of Willy Wonka available online, but the company only ships orders within Spain; prospective growers elsewhere will need to obtain clippings from healthy plants of the strain in order to grow genetically identical “clones.” Willy Wonka can be grown indoors or out, although successful outdoor cultivation calls for a semi-humid climate with daytime temperatures between 72 and 80 degree Fahrenheit. Those looking to bring out the leaves’ eye-catching purple streaks should briefly expose their crops to nighttime temperatures at least ten to fifteen degrees colder than average. Willy Wonka flowers within 8 weeks when grown indoors and is ready for harvest in early October when grown outdoors. It’s also known to be a high yielder.

The flowering time of Willy Wonka indoors is eight weeks. Presumably, under 600 watts of lighting, growers can expect up to 12 ounces of buds per square meter.

Growers can expect the plant to start flowering in the first week of October. Each plant is likely to produce more than 12 ounces of buds.