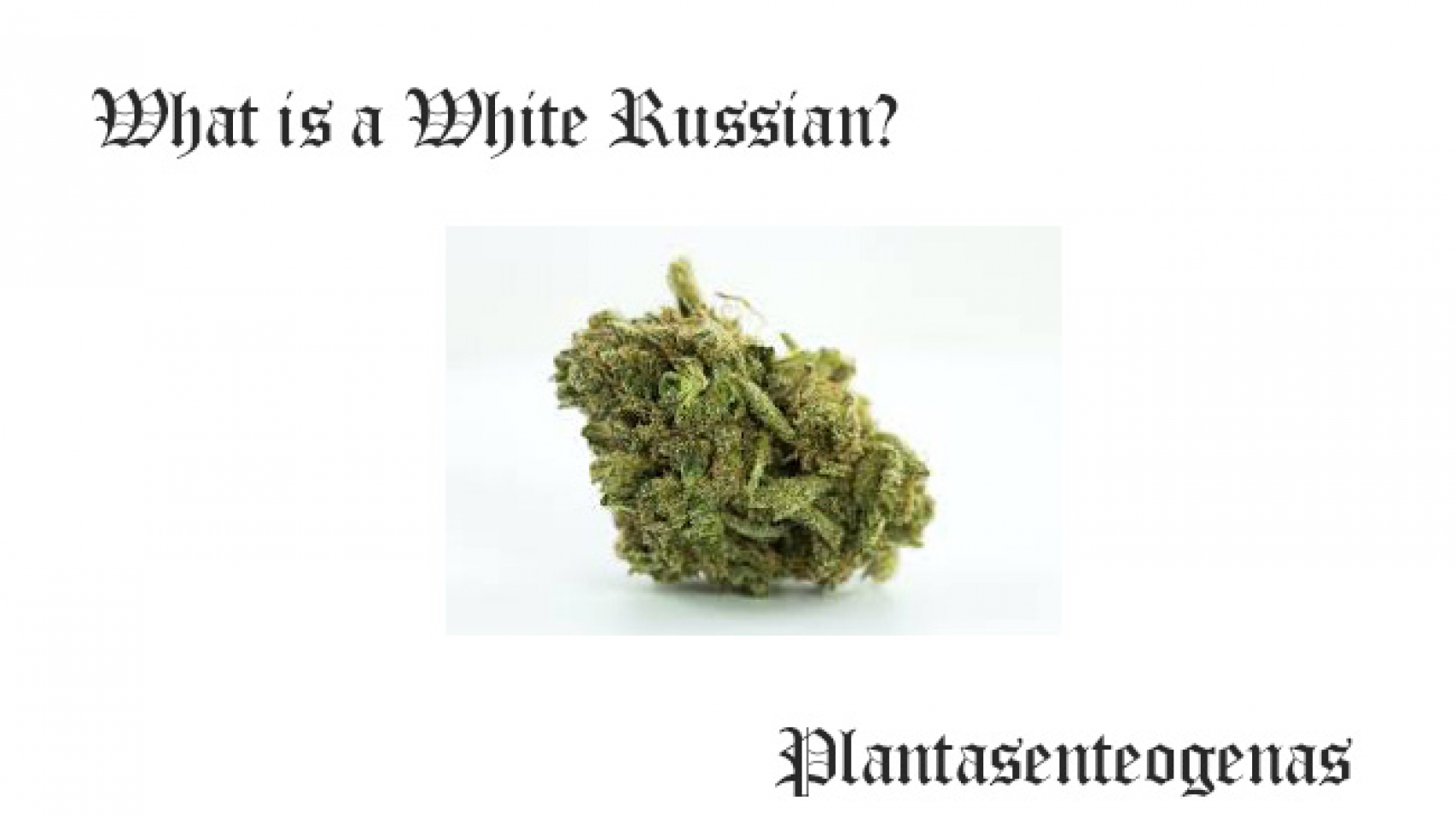 This hybrid styed true to its legend genetics, creating a high that is both heavy handed and thoroughly cerebral and mind-massaging. White Russian is enjoyable as a recreational, as well as a medical strain, garnering fans from all over the world who have become loyal to its uplifting effects.

What is the White Russian Strain?

New users need not apply! The high from White Russian takes hold quickly and could cause disorientation amongst individuals with a low THC tolerance. Users often report feeling euphoric and happy. Along with an improvement in mood, this strain’s sativa side could also provide a significant energy boost. Armed with a new spring in your step, you might decide to increase your productivity, although the head buzz may make it hard to focus.

White Russian is a good option for daytime use because it allows for mental stimulation without a sedating body high. That said, it will help you to chill out. While you could use it to help with your creativity, it is just as good an option for an evening of relaxation.

The sensational scent of White Russian is likely to draw you right in. When well-cured, the flowers produce a gorgeous dank and earthy smell with hints of citrus. Once ignited, the smell of sweet citrus fruit becomes prominent. This is a pungent strain, so try to avoid smoking it out on the street!

You will probably notice hints of citrus and woodiness upon the inhale, along with a delicious creamy taste. Spiciness and sweetness become apparent as you exhale, and you’ll likely get a piney aftertaste.

White Russian’s buds are small to medium and are loosely clustered. As harvest time approaches, the white color of the trichomes stands out against the pale green leaves.

While this isn’t a great strain for novice users, it is ideal for first-time growers. The White Russian strain is a durable plant capable of growing in a wide array of conditions. It doesn’t require a significant degree of maintenance and is resistant to most molds and pests.

You can grow it indoors or outdoors. However, it requires a warm climate and constant sunlight to get the best results when cultivated outside. White Russian produces up to 17 ounces per plant outdoors and is ready for harvest by October.

Indoors, this strain grows no higher than four feet. This makes it ideal for growers with a small space to work with. As it has a relatively low ratio of leaves to flowers, you don’t have to spend much time trimming during the vegetative stage. Its flowering time is 9-10 weeks, and it produces around 13 ounces per square meter planted.

Possible Side Effects of the White Russian Strain

The potency of White Russian means it could result in dizziness and anxiety at higher doses. On rare occasions, you might experience an increase in paranoid thoughts. Otherwise, the adverse effects are limited to  dry mouth and dry eyes.

What is the White Russian Cannabis Strain?

White Russian is not just some backwater marijuana strain cultivated by newbie growers – White Russian is a strain with an esteemed parentage. A cross between White Widow, one of the world’s most famous strains, and AK-47, this strain won the 1996 High Times Cannabis Cup as the Best Overall Strain, as well as being consistently ranked as one of the best strains in the world.

It not only has a massive THC concentration, but it also has a myriad of useful and enjoyable effects as well.

As a completely balanced hybrid, the White Russian high has a number of different facets to it. For starters, the high hits you immediately, causing a small amount of tightness around the head and an initial head rush.

This slightly disorientating feeling will pass, only to be replaced by a sudden rush of energy and motivation. You will feel incredibly clear and lucid, encouraging you to get up and get moving with some kind of task that needs to be done.

There is a cerebral quality to the high that can leave you thinking rather introspectively, or even serve as an excellent inspiration for creative tasks.

Alongside all this mental energy, you can expect a profoundly happy feeling that transitions into pure euphoria and general calmness. There aren’t really any effects felt in the body, despite the presence of indica in its genetics, which makes this strain seem slightly more sativa.

Even though this strain has the fabled White Widow in its genetics, there is basically no couch lock or tiredness; instead, this strain will inspire near endless energy and personal motivation, allowing you to do anything at all – take a hike, go for a run or clean up your apartment; all are possible with White Russian.

This makes White Russian a strain that seems to defy all expectations – instead of being a lazy layabout, like The Dude with his White Russians, you will be motivated and continuously ready to seize the day. Additionally, instead of being calming and relaxing, like the effects of its signature parent, White Widow, you will instead feel so mentally prepared and raring to go that you will likely struggle to stay in one place for so long.