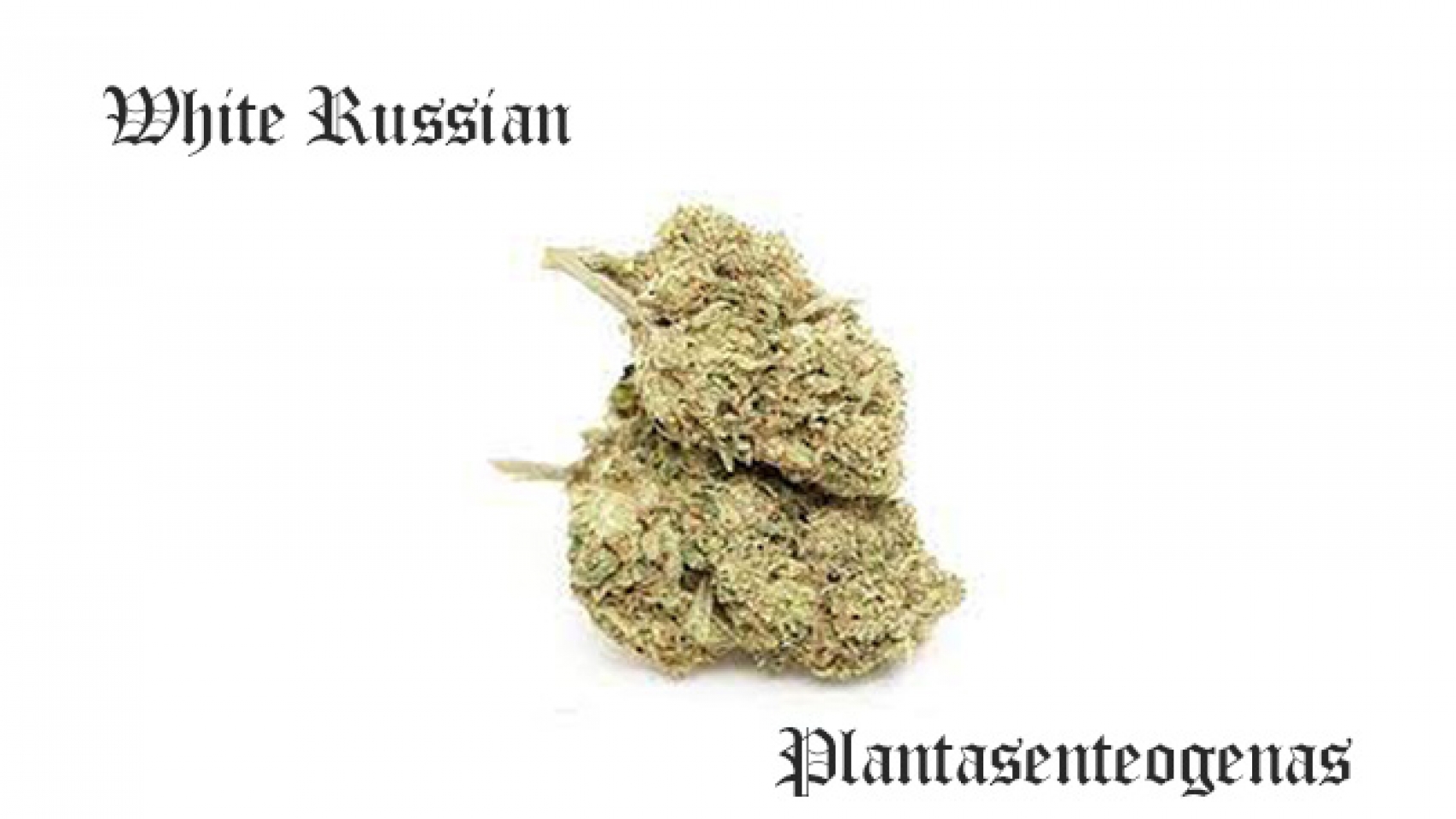 This strain shares its name with a potent cocktail and also offers a high degree of intoxication. Users of the White Russian strain often find that it provides a fast-acting cerebral high that makes them feel happy and uplifted. It is often used during the day to offer a little boost, but be sure not to overdo it!

Although the White Russian strain may not taste like the beloved alcoholic cocktail, it sure will hit you as quick as one. Its effects are often noticed nearly immediately and will give you a nice head rush. As time passes, you’re sure to get a nice boost in energy and mood too, so it’s great for those days when you need a little extra kick.

This bold cerebral strain provides some of the best of what sativa varieties have to offer. White Russian stimulates the mind while leaving the body relatively functional. This makes it ideal for complicated tasks involving problem solving or creative thinking — for example, it would be an excellent choice to consume before playing cards with friends. Because of its tendency towards introspection, White Russian might be more easily enjoyed in privacy, or at least in familiar company and a comfortable setting. It’s more of a daytime smoke, but its energizing properties can also be used to ward off sleep, if necessary. Because of their high resin content, White Russian flowers are ideal for the production of hash, shatter, and other THC concentrates.

What is the White Russian Strain?

It is a cross of White Window and AK-47. The latter is also the name of the infamous Russian Kalashnikov assault rifle, which may explain the strain’s name. White Russian is a balanced hybrid with a relatively high THC content. It won the High Times Cannabis Cup in 1996, along with a host of other awards.

New users need not apply! The high from White Russian takes hold quickly and could cause disorientation amongst individuals with a low THC tolerance. Users often report feeling euphoric and happy. Along with an improvement in mood, this strain’s sativa side could also provide a significant energy boost. Armed with a new spring in your step, you might decide to increase your productivity, although the head buzz may make it hard to focus.

White Russian is a good option for daytime use because it allows for mental stimulation without a sedating body high. That said, it will help you to chill out. While you could use it to help with your creativity, it is just as good an option for an evening of relaxation.

According to the consumers, White Russian strain effects include:

The users admit a soft onset and seamless offset that does not produce any leftover dizziness, which makes it a perfect weed for midday smokers who are up for some fun or need some energy to get through the day. As a side effect, consumers report dry mouth and eyes.

The potency of White Russian means it could result in dizziness and anxiety at higher doses. On rare occasions, you might experience an increase in paranoid thoughts. Otherwise, the adverse effects are limited to  dry mouth and dry eyes.

If you have ever visited a bar that is far too invested in a desperate attempt to try and create a “hip” image, then it is very likely that you will have seen a White Russian cocktail. Once a novelty option made from cream, this drink was made famous by The Big Lebowski as The Dude’s favorite beverage.

However, it would appear that the marijuana world also wants a part of this nomenclature, as the White Russian strain demonstrates.

Initially made by the Amsterdam-based Serious Seeds, this strain is a cross between two potent strains with a long, fruitful history. Though White Russian might not taste like vodka, cream and a deep-seated desire to find vengeance for your carpet, it is still a powerful strain that has won a number of different awards.

Let’s take a look at this potent strain and examine what makes it worth using it, instead of its ancestor strains.

There’s no question that the White Russian strain has become extremely popular amongst recreational users. However, it is also a big hit with MMJ patients. This is especially the case for chronic pain sufferers. They often feel like White Russian can help with joint aches, headaches, and back pain.

This strain’s immense mood-boosting properties make it an option for individuals with stress, depression, or anxiety. It is common to feel extremely happy and relaxed once the White Russian high is at its peak.

Overall, medical and recreational users love the White Russian strain. It provides a strong cerebral high that helps improve your mood and keep you relaxed. However, it also offers enough energy to ensure you don’t become sedated. MMJ patients often try it to help with stress, depression, and chronic pain.

White Russian is an easy cannabis strain to cultivate, as it doesn’t require much maintenance. That said, you’ll find it more practical to grow it indoors.