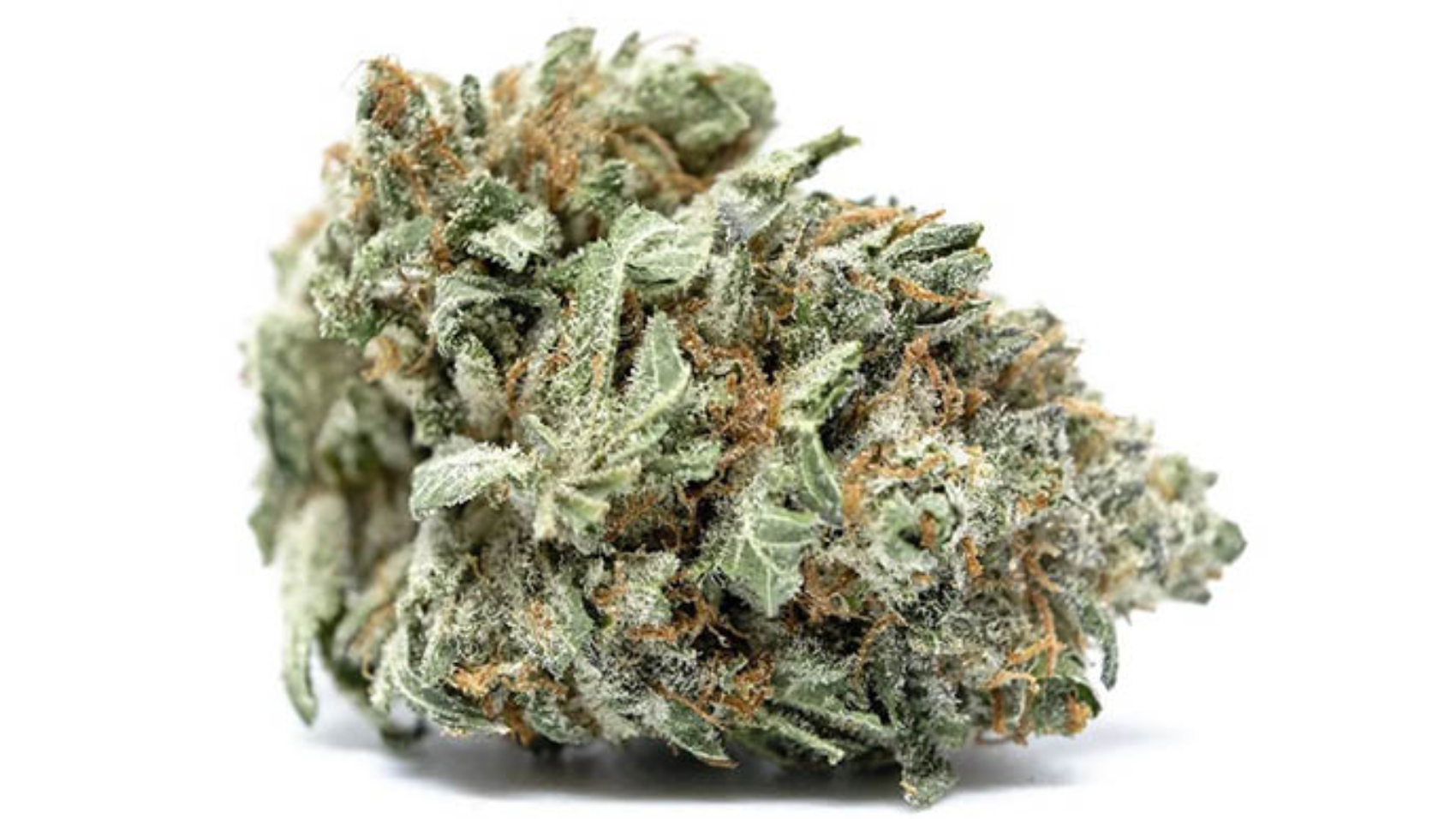 White Gorilla produces eye-catching buds. It has thick trichomes that cover the strain in an albino coat. It also sports colorful hues that enhance its overall appearance. But, more than its looks, the slightly Indica leaning strain draws attention for its impressive high.

It has potent THC levels of 24% to 25% that deliver a heavy-hitting buzz that settles into the limbs and lulls users to sleep. But, before anything else, it first improves the mood with a mild euphoric rush that leaves users giggling for the smallest reasons.

Greenlife, like in many of their strains, used White Fire Alien OG as a genetic base. It has impressive therapeutic quality that provides patients with a myriad of benefits. From it, White Gorilla gained its tranquilizing body buzz. For its heavy trichome production, the breeders turned to Gorilla Glue #4. Its name alone suggests it sticks to the palm of one’s hand and leave a residue when examined. The award-winning bud also delivers a soothing euphoria that contribute to its offspring’s sedating qualities.

White Gorilla has a distinctly uplifting onset. It oozes into the mind slowly through a rush of euphoria that improves the mood. Usually, it takes about 15 minutes for users to notice a behavioral change. But, once it settles, one’s sense of happiness is immediately visible. Smiles are not only etched on the face, but giggles escape from the mouth too.

One of the best times to use the slightly Indica-leaning strain is dinner or anytime right before a meal during a day off. Although subtle, the mentally stimulating buzz awakens the appetite. Having snacks prepared ahead of time is highly recommended.

A soothing sensation introduces itself in the temples after two to three hours from the first few puffs. It lingers around the forehead and behind the eyes. Finding its way gradually down to the toes is a relaxing rush that intensifies after each puff. It releases tension from the muscles, so users are free to enjoy a stress-free night.

Without a doubt, White Gorilla will sedate users. Its heavy-hitting buzz settles comfortably in the limbs. It lulls users to sleep by, first, making the eyes droop and then gently cradling the body to bed. Its sleepy

White Gorilla is a pungent strain because of its THC levels. It has a strong chemical overtone with striking notes of diesel. Breaking it apart reveals the bitter undertones of dark chocolate and a hint of skunk. Combusting it, however, reveal its refreshing aroma of pine.

White Gorilla bursts into an amalgam of flavors. It has a chemical blend with diesel overtones. Balancing it out is the taste of dark, lightly sweetened chocolate. On the exhale, it leaves an aftertaste of pine and skunk.

Apart from the usual dryness in the eyes and the mouth, users may also experience a subtle feeling of paranoia and a disorienting dizziness that heightens levels of anxiety. Often, it is the result of using too much of the strain but one’s disposition before the high is a major factor as well. Starting with low dosages will keep the experience pleasant.

Relieving chronic stress should be a top priority. If left unattended, it worsens heart-related health issues and anxiety while also hastening the onset of depression. To this end, White Gorilla has a temporary solution.

It induces a happy high that uplifts spirits and enhances the mood. Meanwhile, it delivers a calming euphoria that reduces the overwhelming dread and worries caused by chronic stress. Similarly, it helps manage symptoms of depression, anxiety, and PTSD.

Its psychoactive compounds also induce a soothing sensation throughout the body. It starts in the temples, softening the tension crease and appeasing pressure from behind the eyes. Gradually, it flows downward to the rest of the body. It eases the muscles along with other aches and pains.

Without mental or physical problems to worry about, users eventually fall into a deep relaxation. It gradually makes the eyelids droop as it plants a heaviness in the limbs. Lulling users to sleep is soft buzz that tucks users to the bed.

White Gorilla exhibits hybrid features due to its slightly Indica-leaning genes. For instance, it is relatively tall and is, therefore, much more manageable. Its branches are sturdy but bendable. Because of this, it makes for an impressive introductory strain that beginners can cultivate without much problems.

Outdoors, it will need protection against extreme weather such as snow or heavy rains. Both will not only stunt its growth, but it may also kill the plant overnight. A temporary enclosing is enough to protect it against harsh weather conditions, but one may also opt to plant it indoors.

Controllable environments allow aspiring growers to adjust factors like lighting, temperature, and humidity. For instance, during the flowering period, switching the lights out for higher-intensity models will encourage bud production. On the other hand, installing a proficient ventilation system will enhance air flow.

Growers can apply both the Sea and Screen of Green methods. The former requires cultivating at least four plants in a single square meter. It hastens the flowering period and maximizes space. Pruning is essential since the dense foliage can inhibit light and air around the growing room. For the latter, growers need to install a screen a few inches above of the current canopy then weave the branches into the net. This will even out the top so light reaches the lower nodes.

White Gorilla has a short indoor flowering period of 7 to 9 weeks. Growers can expect it to produce between 10 to 12 ounces of buds per square meter.

White Gorilla blooms between the last few days of September to the second or third week of October when cultivated in the northern hemisphere. It yields at least 12 ounces of buds per plant at harvest.

This generous crop tends to be ready at around the 8 to 9-week mark and is a great plant for anyone wanting to move from beginner to intermediate growing difficulty. As it comes with a lovely scent, this chocolatey bush is a great addition to any indoor system, but will flourish inside or out. The harvest will be above average in most cases.

White Gorilla is a great evening or night use strain as the energy derived from the high fades into soothing night time rest. But before you get to that phase, enjoy how this social bud takes away your anxiety, leaving you feeling refreshed and creative for hours. As you come down, your happiness fades only into a tranquil sleep.