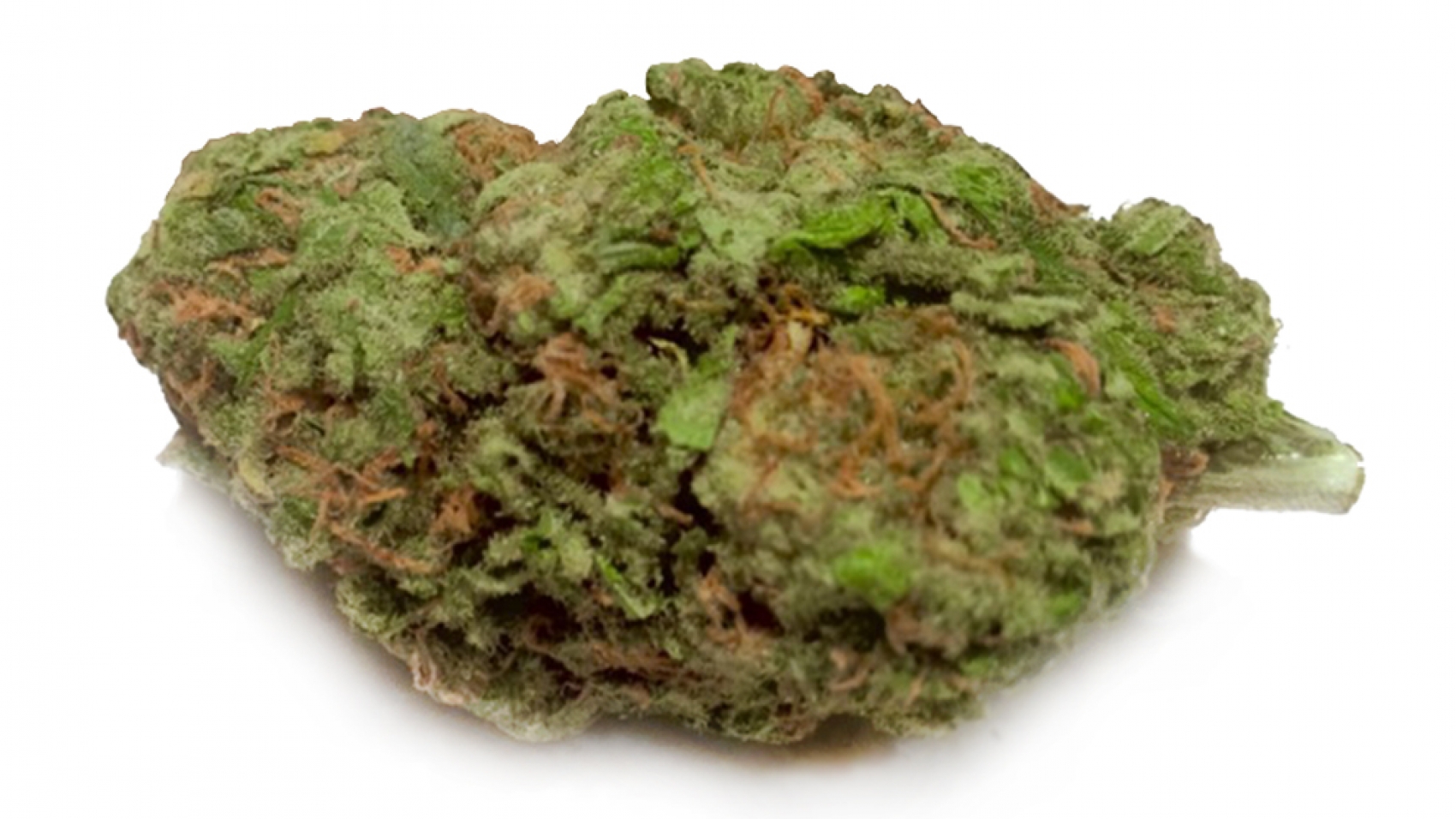 No, we’re not talking about everyone’s favorite holiday game – instead, White Elephant is a strain that’s hard to come by yet offers a nice blend of hybrid effects for all kinds of users. The breeders of this strain are unknown, yet it’s common knowledge that it was created by crossing White Widow and Purple Elephant. This strain blends a mellow happiness with great medicinal effects.

Like the real albino Elephant, this strain is quite rare. Usually, users looking for the White Elephant are more likely to find them on the West Coast more than anywhere else. Due to its limited availability, it has mostly remained under the radar in most parts of the world.

It is unclear who the original breeder of White Elephant was, but its known to be an offspring of White Widow and Purple Elephant. It is also an Indica-dominant strain and not to be confused with the Sativa-dominant cross between White Rhino and an unknown hybrid. Unfortunately, it is quite common in the marijuana industry to have strains having the same names.

Regardless, White Elephant boasts of a prominent lineage. The tantalizing White Widow, for example, has been around for three decades. Soon after its release, this strain became a staple in the infamous coffee shops in Amsterdam. A testament to its premium quality is longevity. Today, it remains one of the most famous classic strains of all time.

Purple Elephant, on the other hand, is a rare clone-only strain. A balanced hybrid, its effects are more centered on the cerebral before gradually settling into a relaxing body high.

Although both parent strains do have pronounced mental effects, the offspring lean towards the Indica side. In essence, one can think of its psychedelic traits as spending a relaxing day at the spa and pampered like royalty.

With up to 22% THC, White Elephant is insanely potent. Hence, it is best to smoke this ganja well within limits. Otherwise, its hard-hitting effects may be a bit too much especially for beginners.

Like White Widow, the initial onset begins with a euphoric head buzz albeit gentler. In only a few tokes, it wipes out inhibitions and induces an upbeat mood. Users, feeling happier and more open, tend to be sociable. Aside from stimulating healthy conversation, it also leaves one having laughter fits.

Users who are familiar with the White Widows must have experienced its extreme cerebral effects at one time or the other. That is not the case with White Elephant though. Its Indica traits, in fact, seems to serve as an anchor for the mental stimulation. In other words, it seamlessly blends in to stabilize the head high while inducing whole body relaxation.

White Elephant inherited an overpowering grape aroma from its parent strain Purple Elephant. It also comes with hints of sweet floral berry and earthy pine. At times, it can be a little pungent. On the whole, they are quite pleasing to the senses.

White Elephant is as tasty as it smells with the dominant flavors of berry and grape. Additionally, it has a sweet note and leaves a smooth and refreshing aftertaste of earthy pine.

Having dry eyes and a dry mouth are common reactions to smoking marijuana, whether it is White Elephant or others. Often, though, users ignore these symptoms because they are mild. However, some people may also experience dizziness to a lesser degree. But, this all depends on the amount of ganja used.

Despite its low CBD content, the hybrid remains to be an excellent stress reliever. It uplifts moods and promotes well-being. Because of this, many people use it to reset after a stressful day at work. Moreover, its ability to foster a sense of happiness provides comfort to those dealing with depression.

Its moderate THC levels make White Elephant a nice choice for medicinal cannabis users as well since it’s a strain that will completely wash away stress and depression. The high you get from this choice will make you feel like you’re wrapped in a blanket of carefree happiness, something that’s often hard to come by. Minor pains can also be alleviated, and those with insomnia enjoy taking a large hit before bedtime.

Due to its Indica heritage, White Elephant pairs well with an evening of relaxation. Its sedative properties soothe pressure in the eyes, temples, and muscles. Not long after, drowsiness sets in and allows users to enjoy a good night’s rest.

Despite its rarity, procuring White Elephant is not impossible. Growers can get ahold of this strain through connections on the West Coast. Cultivating this plant is a joy but does require more attention than typical. For that reason, it is not ideal for beginners. However, for those who do labor over it, the reward comes in the form nugs covered with orange pistils that packs a punch.

White Elephant is an indica-leaning cultivar that produces short, bushy plants with broad fan leaves. The strain grows well in both indoor and outdoor environments where it benefits from early topping and regular pruning. White Elephant flowers in 49 to 63 days indoors and in late September outside.

Grown indoors, White Elephant requires quite an amount of attention. By topping it early, growers can keep it short and encourage bushier growth. Of course, that also means its leaves need constant trimming or pruning for better light distribution and air circulation. It has a flowering time of only 7 to 9 weeks. Once ready for harvest, it can produce a decent yield of 8 to 10 ounces per square meter.

White Elephant usually flowers by the second or third week of September. Growers can expect a yield of 10 to 12 ounces per plant during harvest.

With a high that melts over your body, White Elephant is a nicely balanced hybrid that’s great for social occasions or for taking some quiet time alone at home. Many report an intensely dry mouth after smoking this strain, so keep the water handy and enjoy your relaxation time.