What is OG Kush - Strains Culture 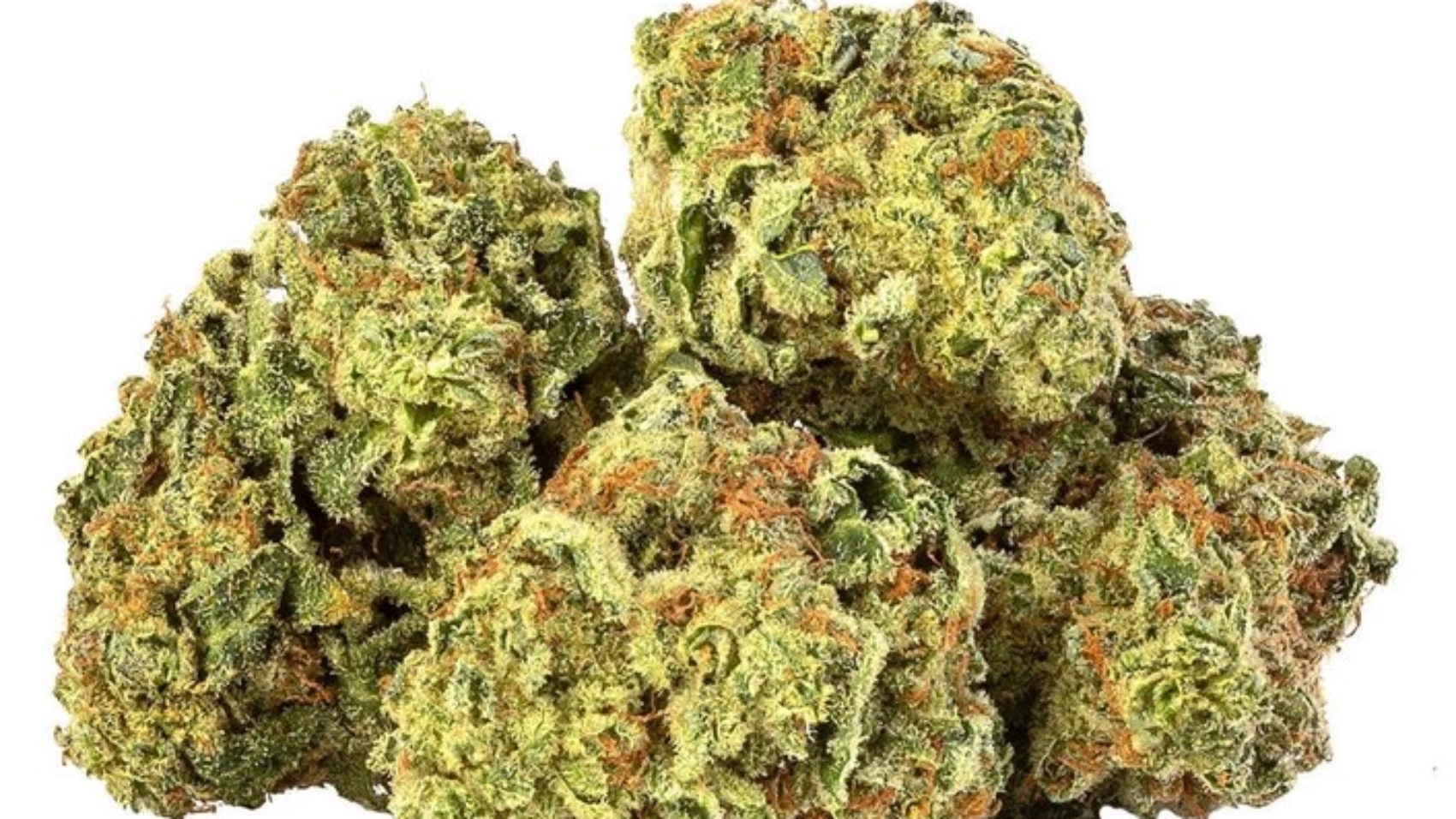 Pungent, famously in-demand and pricy, OG Kush is an indica dominant strain. It is widely touted around the world as a major best-seller. Its unmistakable flavor, mixed with the strength of its effects, guarantee a bomb high. OG Kush hits even the most experienced smokers with a heavy buzz – something that can be attributed to its above-average THC levels.

With its history and origin heavily disputed, there are many stories and fables about OG Kush. Rumors say the “OG” in its name stands for the once largest global grow-site OverGrown.com, which was famously shut down by the Canadian police in 2006. Other stories are about how its name is an ode to the California strain Original Gangster.

The most solid of all stories surrounding this strain, explains its parentage as that of a mix of the notorious Chemdawg strain, crossed with an exotic Old World Paki Kush. In terms of its name, it has been noted that OG apparently stands for “Ocean Grown”, but also for simply “Original”.

What Is OG Kush Cannabis?

OG Kush was first cultivated in Florida, in the early ‘90s when a strain from Northern California was crossed with a Hindu Kush plant from Amsterdam. The result was a hybrid with a unique terpene profile that boasts a complex aroma with notes of fuel, skunk, and spice.

Providing the foundational backbone of multiple world-famous cannabis strains, OG Kush is considered a legend for revolutionizing the marijuana industry – as well as rising to its current status as a one of the most popular contemporary MMJ strains.

Most experts classify the OG Kush strain as a hybrid, although little is actually known about its true genetic origins (rumors claim the strain may be a blend between parent plants Chemdawg and Hindu Kush).

These rumors have of course never been confirmed, but the origins of OG Kush don’t seem to matter as the effect it has had on the world of cannabis are truly conclusive. In fact, a multitude of subsequent phenotypes have been bred from OG Kush, the majority of them gaining immense popularity among both the medical and recreational markets.

Of course, one of the main reasons why OG Kush has been used extensively in cannabis genetics breeding is due to the strain’s high-THC potency – which seems to assist many consumers with a variety of medical issues.

With THC levels routinely registering in the 20-27% range, for instance, the punch that OG Kush packs is especially powerful — truly a power hitter for anyone who consumes it.

Although world-known, OG Kush seems to primarily be consumed throughout California, Colorado, and the Pacific Northwest – so if you want to try a dank batch of this heady cannabis strain, perhaps look to those regions for high-quality specimens.

Mostly indica, OG Kush is a hard-hitting strain. It generates a mental buzz that can be sedating and can cause couch-lock, especially in high doses.
OG Kush’s high is famously strong, hitting you with a heavy, euphoric rush of energy.

OG Kush is a powerful relaxant, widely used to induce a chilled out state, with a mix of a constant state of happiness and joy. Its uplifting euphoria makes it a great tool to unwind with at the end of a long and strenuous work day.

While feeling slightly static under the influence of OG Kush, a sense of getting stuck and spaced out has been observed. It is also known to induce a feeling of hunger, causing one to get the “munchies” and enhancing flavors and the desire to want to eat.

Staying true to its hybrid classification, OG Kush weed is especially balanced with a high that really does provide the best of both worlds.

With a vibrant mix of genetic traits, OG Kush typically tests in with a 55% sativa and 45% indica profile.

After consuming OG Kush, expect strong euphoria and intense cerebral effects to settle in, often followed by mild to strong couch-lock. Remember, OG Kush is considered one of the most uplifting strains out there, as it provides consumers with a wonderful amalgamation of body-melting euphoria and a calm, tranquil state of mind.

Frequently consumed by MMJ patients for psychological disorders and chronic pain alike, OG Kush is a supremely healing strain of cannabis that has surprised the medical marijuana world with its ability to assist with so many ailments.

In fact, its potent therapeutic benefits are surely one of the main reasons for OGK’s massive growth in popularity over the last half-decade. More and more individuals are discovering that they prefer consuming this strain rather than a full-blown indica, or better yet, rather than prescription medications that are so often attached with nasty, life-altering side effects.

Those handling stress, depression and insomnia have discovered that OG Kush can be particularly therapeutic.

If you are using OG Kush for stress, depression, anxiety, or any other mental affliction, most would recommend only smoking a mild amount of OG Kush, or eating a low-dose edible. This is because over-consumption of THC while handling a mental disorder can actually do more harm than good, at least in terms of the onset of anxiety and paranoia. Know your limits, and stay within those boundaries.

On the other hand, if you are dealing with insomnia or lack of sleep, consuming a higher dose of the OG Kush strain may be of greater benefit. This will help to attack the issue head on, while more or less eliminating the possibility of missing out on whole-plant benefits. In order to achieve a higher dose, you might want to look for a full-spectrum edible, concentrate, or other consumable form of the strain.

The best way to avoid any possible side effects from OG Kush is to use precaution if you are sensitive to THC. Know your limits, and be ultra careful if you’re prone to THC-induced anxiety or paranoia.

And of course, consumers also frequently report dry mouth and dry eyes as a common side effect when trying out OG Kush weed, but don’t sweat this minor inconvenience as it’s easily avoidable by drinking hydrating liquids – and using moisturizing eye drops – as necessary.

Additionally, some individuals have experienced mild paranoia after consuming the OG Kush strain, but remembering that your high will pass and maintaining slow, deep, steady breaths can assist with keeping your head clear if you are going through any negative thought patterns. Meditation and deep relaxation techniques can also be of useful guidance when overcome with the dark magic of “THC overdose.”

OG Kush autoflower boasts of a strong earthy note, which it is famous for. You can tell by how it smells that the buds are sticky and rich in resin. It carries hints of lemon and a general citrus fragrance. Some say that a plant makes their environment smell like a pine forest, a clear indication of how potent and distinct OG Kush really is.

Much like its fragrance, OG Kush tastes fresh and earthy. It’s obvious woody taste carries a touch of spice and has been said to taste a bit like something that was thrown on the barbecue. Its sweet notes are prevalent and mixed with the lemon-lime citrus notes, create a unique blend, explaining why it has maintained its high demand over the years.

A strong presence of high levels of THC, has made OG Kush a very strong strain – with surprisingly gentle side effects. The common dry-mouth issue is present here, like in most major strains, often accompanied by a dry-eye sensation.

Other adverse effects include a slight dizziness and lethargy, usually in those who are not accustomed to the power of its high. OG Kush can also cause a mild anxiety and paranoia in some, while others have observed a slight headache, although cases like these are rare.

Because of its reliable potency and its high THC levels, OG Kush is a strain that is popularly prescribed to help treat an array of ailments. It can provide deep muscular relief and relaxation, long lasting relief from headaches, migraines and nausea.

It is a favorite among those suffering from anxiety and depression, because of its ability to induce a state of peaceful unwinding. Insomnia and restlessness is also therefore easily cured with the help of OG Kush.

There are many popular strains that are direct descendants of the OG Kush. Read our full review on Yoda OG Strain, Yeti OG Strain and Venus OG Strain
Legend says that it has grown popular among gang members, for the fact that it contains a high level of CBD – something that can help ease physical pain caused by gunshot wounds. Whether or not that is true, OG Kush does offer itself up as a powerful pain-reliever, for a broad spectrum of physical as well as mental pains.

The genetic backbone of West Coast cannabis varieties, OG Kush arrived in Los Angeles in 1996 when Matt “Bubba” Berger brought it (along with “The Bubba,” which was later used to create the famed Bubba Kush) from Florida to legendary cultivator Josh D. Since then, OG Kush has become a worldwide staple used to create numerous famous strains like GSC and Headband. There are many different phenotypes of OG Kush, including Tahoe OG, SFV OG, and Ghost OG.

Cannabis cultivators typically find that growing OG Kush is an extremely beneficial ploy — especially for their wallets. The buds are almost always sold in dispensaries as top-shelf cannabis, not only because they’re dank as hell, but also because they provide a host of potential health benefits.

If you are entering the business of marijuana cultivation, OG Kush is no doubt a staple strain that you’ll have to learn to master.

High-grade OG Kush nuggets maintain an absurdly high demand among some of the most reputable dispensaries in the country, and of course, recreational cannabis shops love the stuff as both tourists and repeat customers keep it flying off the shelves.

OG Kush can be an especially challenging crop to grow, however, so it is vital to closely monitor and watch the environment and climate that your plants are growing in. The strain is known for being susceptible to a few issues that can arise when growing cannabis, including powdery mildew, bugs, mites and other diseases. With regular care and monitoring of conditions, however, you should be able to keep your OGK reefer crops in check.

If you are embarking on the sometimes rigorous journey that is attached to growing OG Kush weed, here are some facts that you oughta know before you get started…

If you are deciding to grow OG Kush weed, we recommend the task be tackled by those looking to become professional marijuana growers. For the amount of work, there isn’t a huge incentive for at-home consumers to grow this strain for personal use — unless of course you’re up for a hell of a challenge.

Plenty of other cannabis strains are much simpler to cultivate at-home with little experience, for example Blue Dream and Girl Scout Cookies, just to name a couple. That said, never let a good challenge keep you from doing something you want – with the proper care and preparation, you can now doubt grow OG Kush and produce a healthy, uber-potent yield.