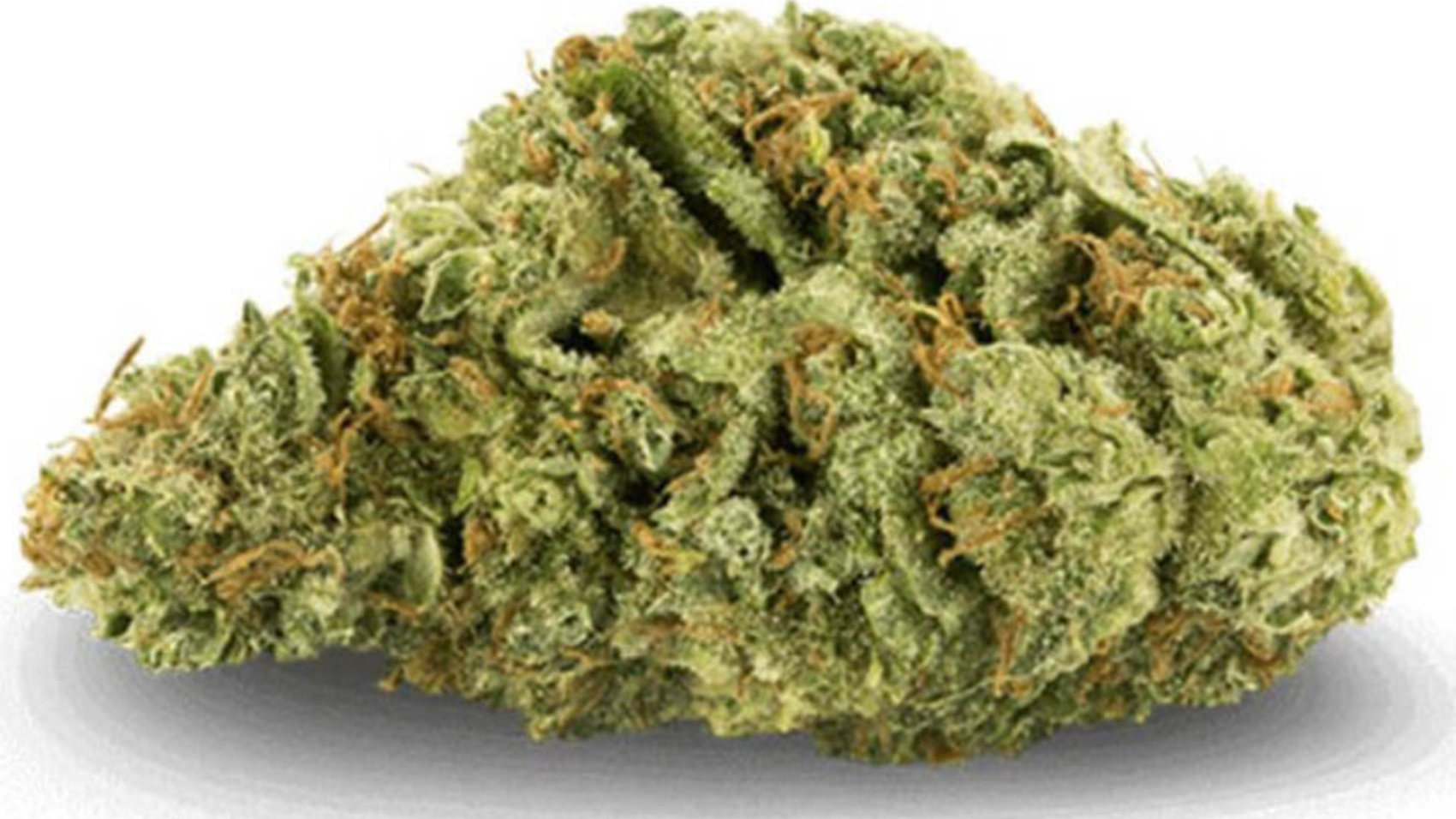 Walter Kush is a versatile strain that both beginners and seasoned users can enjoy. It has THC levels of 15% to 20% that one could easily adjust without feeling overwhelmed. Moreover, it has a delicious terpene profile that hints at the exotic blend of effects that it delivers.

Upon consumption, Walker Kush clears the mind with a happy head high. To the body, it provides relief and relaxation. It crushes stress and releases tension from the muscles to bring back the initial limberness. Although, it may be difficult to move around despite the freedom from physical inhibition. It has a sedating end that will likely leaves users fast asleep.

Its lineage can be traced back to two excellent Indica-leaning strains – Albert Walker and Rare Dankness #1. The former is a sour-smelling strain that induces a long-lasting body buzz. It is not only beneficial recreationally, but also medicinally. The latter, on the other hand, is an earthy and berry-flavored blend delivers a heavy-limbed body high. Among its best traits is its high resin production which translates into dense buds with a thick coat of trichomes.

Walker Kush likes to take its time before delivering its effects. However, once it begins, it hits users with a rush of euphoria that crushes stress. It swarms the mind and clears away negativity. In its place, there is an innate sense of happiness that both enhances the mood and uplifts the spirits.

30 minutes to an hour after the initial onset, a heaviness settles on the limbs. It relaxes users first, ironing out creases in the temples before eventually kneading the muscles. Its soothing properties eventually intensify until users feel the need to lie down on the bed or lounge on the couch. In all likelihood, one will end up falling into a deep, unencumbered slumber.

Although it has notable cerebral qualities, it is better used at night. Its sedating comedown can be counterproductive to the workday. Although, if it were a free day, then users may consume the strain by all means.

Walker Kush has a pungent aroma that could easily fill the room. It is similar to the smell of wet soil with hints of refreshing pine and tangy fruit emanating from the buds itself. Upon combustion, its citric undertones intensify.

There is a stark difference between Walker Kush’s fragrance and its flavors. In the palate, there is a more pronounced hint of spicy pepper and Kush that could potentially induce coughing. Counteracting the sharpness is a refreshing pine and rich earth but, on the exhale, it quickly develops into a mild citrus that completes the overall profile.

Users may need to be wary about some potential dizziness and anxiety. There is also the chance of a headache although, most of the time, it is superseded by the usual dry eyes and cottonmouth. it is mild and barely noticeable, but users may down a few glasses of water to stay hydrated.

What Can I Expect When I Use Skywalker?

If you use enough of it, you will be so high that you may imagine yourself as a Jedi Knight! If you are feeling nervous or else you can’t seem to relax, sit back and have a few tokes of Skywalker. It offers a steady buzz that makes you feel at ease with yourself and your surroundings.

Once you up the dosage, it hits you with extreme sedative effects. Initially, you may feel uplifted, happy, and possibly even euphoric, but eventually, the relaxing high spreads throughout your body and ensures you have no inclination to move from the exact spot where you are lying or sitting.

You should definitely not use Skywalker during the day unless of course, you have no plans. It is an excellent option in the late evening or at night. If you want to feel a clear-headed high, don’t use too much.

Medical Benefits of the Skywalker Strain

The most obvious benefit is as a sleep aid. Users claim that when you use enough Skywalker, it becomes incredibly hard to remain awake. Therefore, if you have severe insomnia, it is worth giving this strain a try. The sedative effects also make Skywalker a nice option if you need something to relax you after a stressful day.

The potency of Skywalker also suggests it is a useful option for anyone looking to manage their pain symptoms. It is prescribed to patients with period cramps, joint pain, and muscle aches. This strain has even been prescribed for people with anxiety and depression since it is said to help improve your mood.

Possible Side Effects of the Skywalker Strain

Never use Skywalker if you are about to operate heavy machinery! Some users have claimed they suffered from a minor headache once the high subsided. As it is a potent form of marijuana, Skywalker could also make you slightly dizzy if you’re not used to strong herb. Common side effects include dry eyes and a dry mouth.

Walker Kush is an impressive plant that could grow virtually anywhere. However, it is best cultivated indoors where growers can easily manage the environment by adjusting factors like lighting, temperature, and humidity. Provisions for dispensable but beneficial life support equipment such as an extra small fan and carbon filter, could also be made.

The predominantly Indica plant itself is relatively easy to grow too. It does not require any deviation from the usual growing methods, feeding, and nutrition. However, it will benefit from a booster that will assist in bud production.

Growers could also place it under the Sea of Green setup. This method gently coaxes the main cola and shortens the vegetative phase without affecting yields. It also maximizes space. Pruning may be necessary though. After all, placing at least four plants in a single square meter could affect air circulation and light distribution. By removing certain branches and thinning out its foliage, one could improve aeration and illumination in the lower nodes.

The strain could also be cultivated outdoors. There is more space for the plants to grow and spread out. It also has access to natural sunlight, allowing it to grow and yield vigorously. If any, growers will only have to ensure that no pests ravage the designated growing area and that there are no obstructions that hinder the light.

It takes Walker Kush between 8 to 10 weeks of flowering to produce 12 to 16 ounces of buds per square meter. Yields could be higher, especially when using boosters and subjecting it to the advanced growing techniques.

Walker Kush fully matures around the last week of October although flowers could be harvested around the second or third week of the same month. Growers can expect at least 16 ounces of buds per plant under the right conditions.

Walker Kush’s well-balanced effects give it a wide range of applications for medical cannabis patients. Its heavy physical high can temporarily turn down the volume on stress, depression, and anxiety. It can also relieve physical pain, whether it’s temporary, as due to minor inflammation, or chronic, as due to conditions like arthritis or lupus. In properly relaxed circumstances, Walker Kush can lull even insomniacs into a deep and restful sleep.

Those looking to grow Walker Kush at home can obtain seeds directly through Rare Dankness. The strain can be grown indoors or out, although outdoor cultivation calls for a semi-humid climate with daytime temperatures of at least 70 degrees Fahrenheit. Plants are on the medium-to-tall side and may require some pruning back early in their vegetative stage. Walker Kush flowers within 8 to 9 weeks and offers a high yield of flowers at maturity.

Walker Kush provides a luxurious way for smokers to wind down at the end of a long day or week of work.

Skywalker is a hybrid that balances the effects of sativa and indica fairly well, although, in the end, the cerebral high is followed by a mellow feeling that usually leads to couch-lock. It is a worthy option if you need to manage medical conditions such as insomnia, depression, anxiety, and stress.

Skywalker is a gorgeous strain to look at, and it also looks & smells fantastic. The main problem is that using too much of this mouthwatering strain could keep you rooted to the spot. As such, make sure you only use it in the late evening or at night. In the vast majority of cases, it won’t make you feel paranoid, nor should it cause your heart to race. Begin with a small amount, see how it affects you, and work from there.