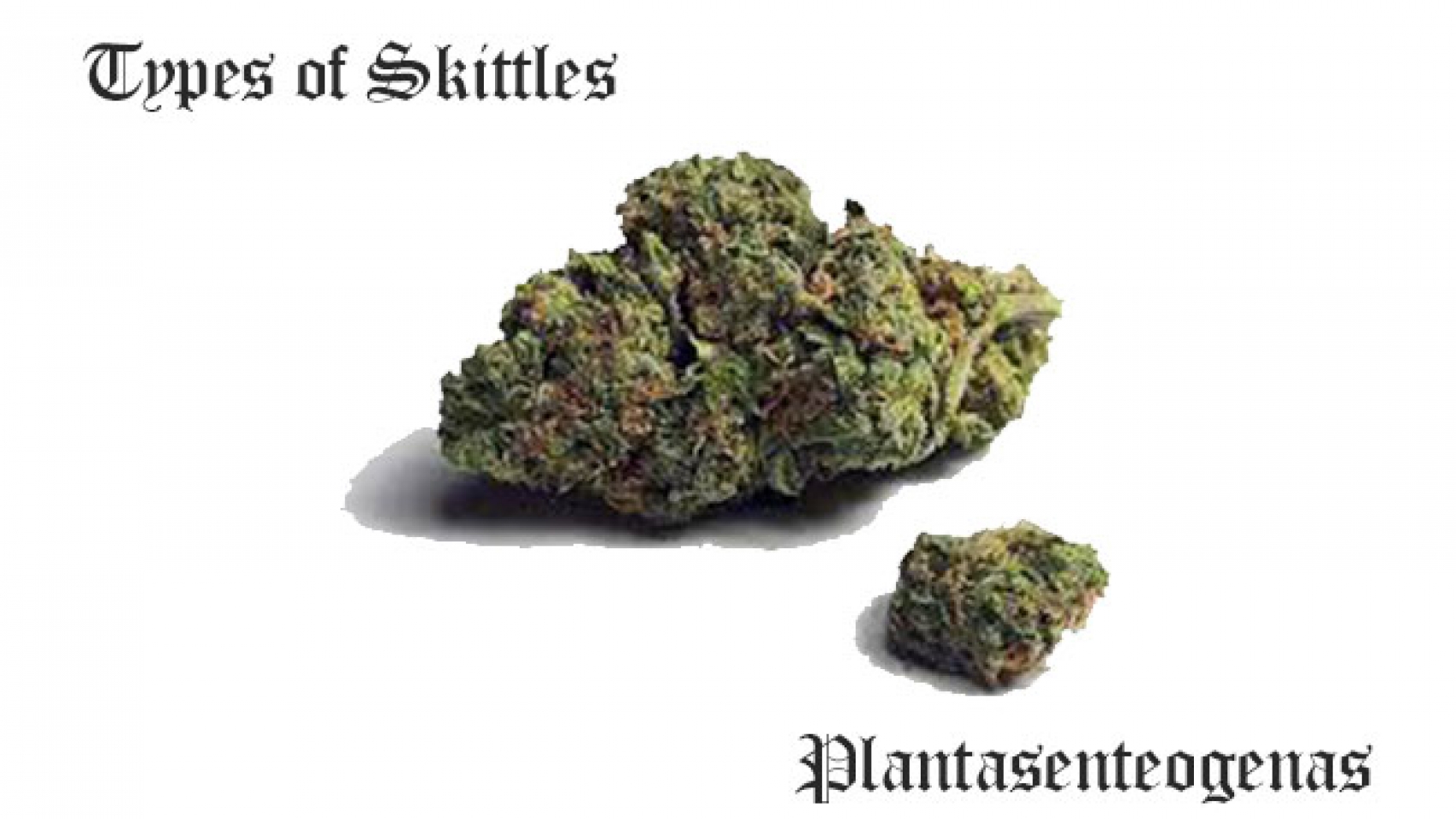 It is famous for its dominant flavor which won seven awards won in four weeks, including the title belt in the World Secret Cup with an old school Zkittlez bubble hash. This strain became popular five years ago when it originated from a single garden in the West Coast’s most dominant farm.

Sour Skittlez Strain is a lovely, pungent and balanced indica hybrid strain which started when the 3rd Gen Fam gifted “Brandon” a cut of Zkittlez.

It was produced by crossing a primal grape-flavored strain and another local grapefruit-tasting strain containing with fuel. Zkittlez had zero bag appeal, but it succeeded in making up for it with tons of medicinal benefits.

Zkittlez, sometimes also spelled Skittlez or just Skittles, is an indica-dominant hybrid that erupts with fruit flavor. The creation of Northern California-based collective Dying Breed Seeds, this strain is descended from fruity indica favorite Grape Ape and tangy sativa Grapefruit. Skittles combines the mental and physical effects of both parent strains to yield a smooth, multifaceted high. This bud’s appeal was strong enough to earn the title of Best Indica at the 2015 High Times Cannabis Cup held in Michigan. Zkittlez’s THC content has been measured at between 15% and 23%.

Like its namesake, this strain offers you the opportunity to taste the rainbow – but as it turns out Zkittlez lets you see a rainbow too. Depending on phenotype, the plant’s thick and chunky flowers appear in a variety of greens and purples, with vibrant orange hairs (or pistils) sprinkled throughout. The eye-catching purple hues are the result of high concentrations of anthocyanin pigments. The trimmed buds have a characteristically indica structure, tight and densely-packed, with smallish leaves. Finally, a dusting of cloudy white trichomes ensures both stickiness and psychoactivity. Its aroma is where Zkittlez really shines. When properly cured, Zkittlez’s flowers give off a kind of sweet-sour funk. A second whiff reveals slightly more distinct notes of berry and lemon. Grinding up the flowers intensifies the strain’s more sour notes, resulting in a kind of skunky character. When combusted in a pipe or joint, the flowers burn with a very pleasant and easily-inhaled smoke. On the exhale, this light smoke tastes fruity and grape-like. Notably, any detectable grape flavors are coincidental to the strain’s purple coloring; this is because the plant’s color are determined by pigmentation., while its flavor profile is determined by terpenes.

Although Zkittlez comes on relatively quickly, its head-focused effects tend to be subtle. Some slight pressure around the eyes and temples may occur at first. As smokers become accustomed to this feeling, though, they’re able to appreciate the strain’s action on their sensory perception. Odd experiences like visual and auditory distortions are commonly reported, as is a strange feeling of time passing more slowly. Such trippy, depersonalizing effects can be boosted by atmospheric enhancements, particularly moody music or a visually-engaging television show. At the same time that Zkittlez’s psychedelic trappings set in, users may also notice that their thoughts have taken on a newly plugged-in quality, with certain ideas seeming to occupy more space or attention than they otherwise might. This kind of cerebral energy can be a great way to work on detailed tasks, whether they’re complicated or more mundane, like cleaning the house. As the high wears on, a palpable body high creeps in to complement these mentally-activating effects. While this newfound relaxation isn’t liable to knock smokers out flat, it could just undo any earlier motivation to get through a long to-do list. In these later stages, Zkittlez is best enjoyed laidback circumstances. Because of its slow dip in energy levels, this bud is recommended for consumption between late afternoon and early evening.

Zkittlez can also have a few different applications for medical cannabis patients. The strain’s initially zoned-in mental properties can aid focus for those attention deficit disorders. As the body high takes over, it can temporarily soothe the symptoms of stress, depression, and anxiety. Physical benefits include relief from both chronic pain and minor, everyday irritation. Zkittlez can also cause a surge in appetite, helping out those who have lost their hunger to disease or to treatments like chemotherapy. Because of its potentially paranoid cerebral effects, patients who are prone to panic or who have a low THC tolerance should consume Zkittlez with some caution.

Seeds of this tasty strain are not available for sale online. Instead, prospective growers should obtain clippings from mature, healthy plants in order to grow genetically identical “clones.” While there’s little info available on best practices for cultivating Zkittlez, we know that it can be successfully grown indoors or outdoors in a hot, humid climate. Gardeners looking to bring out the bud’s shades of purple should expose their crops to cold (but not freezing) nighttime temperatures just before flowering begins. Taking into account strains with a similar indica to sativa ratio suggest that Zkittlez may flower anywhere between the 8 and 10-week mark.

Zkittlez is an increasingly popular strain that’s worth grabbing when spotted on dispensary shelves. It’s enjoyable as a solo treat or when shared with like-minded friends.

Skittlez consists of a high-THC count alone, thus providing a massive ‘entourage effect’ which is better than higher-THC-testing flowers. Skittlez is not very suitable for novice users due to its high THC level. Sour Skittlez Strain is a very potent strain found in most dispensary shelves and enjoyable when consumed with like-minded friends.

People who smoke this strain will experience relatively quick high, accompanied by a subtle head-focus. Users may start to feel a minor pressure around the eye and temple, which is easily adaptable. This feeling is also known as sensory perception. Some people also report feelings of unique experiences like visual unevenness. This distortion leads to atmospheric enhancements suitable for watching movies or playing music. This strain also intensifies psychedelic feelings, making it difficult for users to discover their thoughts, with some ideas occupying more space or attention than required. This type of cerebral high seems like the perfect way to conduct difficult task like house chores. The more you smoke this strain, the more your brain becomes active. Despite the high intensity that comes from this strain, it won’t knock you down, and it will instead undo any stress, making it easy for you to carry out all your tasks. During the final stages of your high, Zkittlez brings you more laidback circumstances. Since it results to slow dip in energy levels, this bud should be taken during late afternoons or early evenings.

Zkittlez can also be used by medical cannabis patients, particularly patients with zoned-in mental issues like attention deficit disorders. As you begin to feel high, symptoms like stress, depression, and anxiety begin to soothe. Other benefits of Sour Skittlez Strain include relief from both chronic pain and minor, everyday irritation. This strain also increases appetite, thus helping people with eating problems and treatments like chemotherapy. Due to its instant paranoid cerebral effects, patients liable to conditions like a panic attack or those who have a low THC tolerance should start by consuming little doses of Zkittlez.

It’s challenging to find Zkittlez Seeds at online shops. However, prospective growers can get clippings from mature, healthy plants to successfully grow genetically identical “clones.” Although thorough research is still lacking on how to cultivate Skittlez, growers should recognize that it can be successfully grown indoors or outdoors in a hot, humid climate. Gardeners who want to enjoy the bud’s shades of purple are recommended to leave their plants out in the cold just before flowering begins. Similarly to other indica or sativa strains, Sour Skittlez at anywhere between the 8 and 10-week mark.