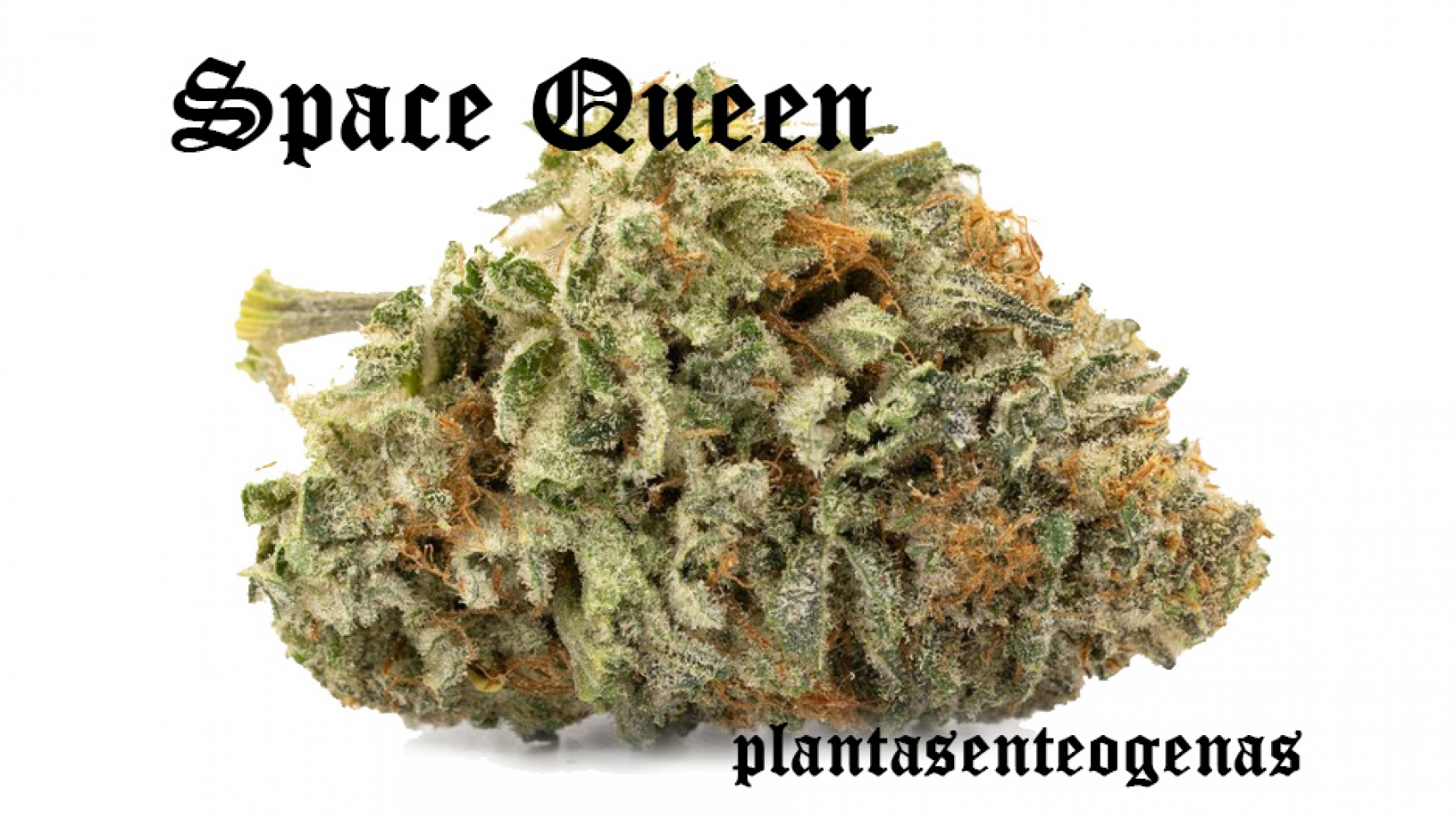 We all realize how important having happy thoughts are, and no matter how much life could be challenging, we have bits and pieces of happy memories to tap into for inspiration. But there is something else that could cheer you up and induce happy thoughts.

A balanced hybrid medical cannabis that was bred from Romulan and Cinderella 99 could bring you to space on a euphoric journey. Are you ready to launch yourself into the sky with the Space Queen?

But you don’t have to go on a journey alone, the Space Queen happens to be one of the strains that are recommended for social gatherings and parties. Is there anything better than having a great time with friends? Think of going on a roller coaster ride with your friends out there in space. It has to be exhilarating, right?

The Space Queen strain is a hybrid that was bred by Vic High of BC Growers Association. Although it is a balanced mix of Romulan and Sativa hybrid Cinderella 99, most of its effects are characteristics of Sativa.

Not generally known, but Space Queen is also called Space Jill. It is also used by breeders like Subcool from TGA Genetics in many of its breeding projects.

According to one source, the original version of the Space Queen is gone. In its place are an equally good version called Space Queen F2, this is the strain that is also known as Space Jill.

THC levels range from 15 to 17% of the content. However, some strains go up to 22% and are not suitable for beginners. The high has a sedative character, although smokers often noted that they could easily move around. Kush works well both day and night. A small dose will help you relax and avoid unpleasant side effects. Space Queen also acts on the consumer’s brain, stimulating creativity. But the main effect is a feeling of happiness, reaching euphoria. Side effects include dry mouth, redness of the eyes, and dizziness. However, medicine is using the Space Queen to relieve:

Initially, after smoking Space Queen strain, its Indica properties starts to manifest itself with a cerebral high that uplifts your spirits and lightens your mood. As a matter of fact, it lightens your mood to the point that you start to ‘float’ to the sky feeling cheerful and happy.

As its effects continue to creep up, you find yourself in a euphoric journey. Aside from being a mood enhancer, it also sparks the creativity in your mind. But smoke too much and that creativity becomes abstract dreams. Even though the Space Queen could hit hard pretty quick, in the beginning, the effects of Sativa follow later and gently brings a balance of mind-body high. Think of it much like you are cruising in a spaceship while glancing out the window to see the beauty of the universe.

Come to think of it, that should make you a sociable person too as being happy means you tend to be friendlier, right?

Some people describe the aroma of Space Queen as having this slightly sweet sour dairy smell. But mostly, it has that fruity smell with pineapple and citrus high notes.

Space Queen has a distinct taste that is hard to describe. It has a sweet and spicy taste of citrus and pineapple, but it also has a barely distinguishable taste of something rotten. Nevertheless, this strain is one of the best-tasting strains in medical cannabis plants.

This marijuana contains terpenes such as myrcene, pinene, and caryophyllene. The strongest and most distinct smell is a fruity one. Moreover, users mentioned such tastes:

Of course, there might be adverse reactions, especially when smoking too much. Space Queen is known to cause dry mouth and dry eyes. Keeping yourself hydrated by drinking water helps minimize these reactions. In extreme cases, it may have a dizzying effect, especially for novice users. Other adverse reactions are paranoia and headache. Because of the sudden rush and the feeling of euphoria, it is understandable that first-time medical cannabis users who happen to smoke the Space Queen are bound to undergo an initiation. What that means is that there is a tendency to smoke a little too much.

So, it is important that smoking Space Queen and any other medical cannabis should be in moderation. More often than not, this should limit the manifestation of the adverse reactions.

This strain’s combination of effects has made it very popular in the medical marijuana community.

Used as a medical cannabis, Space Queen is often recommended for dealing with stress, anxiety, mild cases of depression, and PTSD. Others also use it to help deal with mild pains, headaches, nausea, and combatting fatigue.

For some people, using Space Queen also boosts their appetite, hence frequent users who have this manifestation should control the amount of food they consume.

Space Queen can be grown both indoors and outdoors. During the first three weeks of flowering, the plant grows tall. A pH level of 5.8 to 6.0 is recommended for reservoir seeds. Space Jill, a backcross of another famous hybrid is an uplifting and energizing plant that can easily give other Sativa’s a run for their money. Read our full review!

Be warned, this strain is not the easiest to grow. If you do grow this plant, one thing you will appreciate is how beautiful the large buds covered by orange hairs.

Professionals love to tinker with this plant even though it is difficult to grow. Cannabis quickly becomes high and requires constant maintenance. Moreover, you should stick to a dry and warm climate, 85-90 degrees Fahrenheit, 12 hours of light, and 12 hours of darkness. Flowering time takes 7 to 8 weeks.

The THC content of this strain tends to run high. Expect most Space Queen buds to have somewhere between 16 and 23% THC. The intensity of the high from this strain makes it a better choice for more experienced marijuana consumers. Yet, you’re sure to find a smile on your face after a few tastes of this strain. Happy and euphoric, pick up this strain when you’re ready for some down-right silliness.

One of Space Queen’s parents, Cinderella 99, has a reputation for producing racy, hyper-stimulating effects. Space Queen has inherited this quality with some key differences. The speedy sativa buzz is calmed slightly by the Romulan genetics. However, a strong sense of mental energy is still present. These qualities make the Space Queen high unique. On one hand, it is loaded with a spacy, mental energy. Yet, it simultaneously produces a physical calmness.

Space Queen is by far an afternoon strain. The indica sedation this flower has inherited can make it a little difficult to get things done. Rather, you’re more likely to want to just sit back and enjoy the ride. Tasks that don’t require huge amounts of energy or concentration may be well-paired with Space Queen.

Grown indoors with an estimated 55 days for flowering time, it can be enhanced by the sea of green (SOG) and screen of green (ScrOG) cannabis planting methods. Because of its tendency to grow long and lanky, you should provide enough canopy support.

Space Queen grows pretty good outdoors too. But it grows best in a warm and slightly arid and Carbon Dioxide rich environments with temperatures around 31 degrees Celsius.