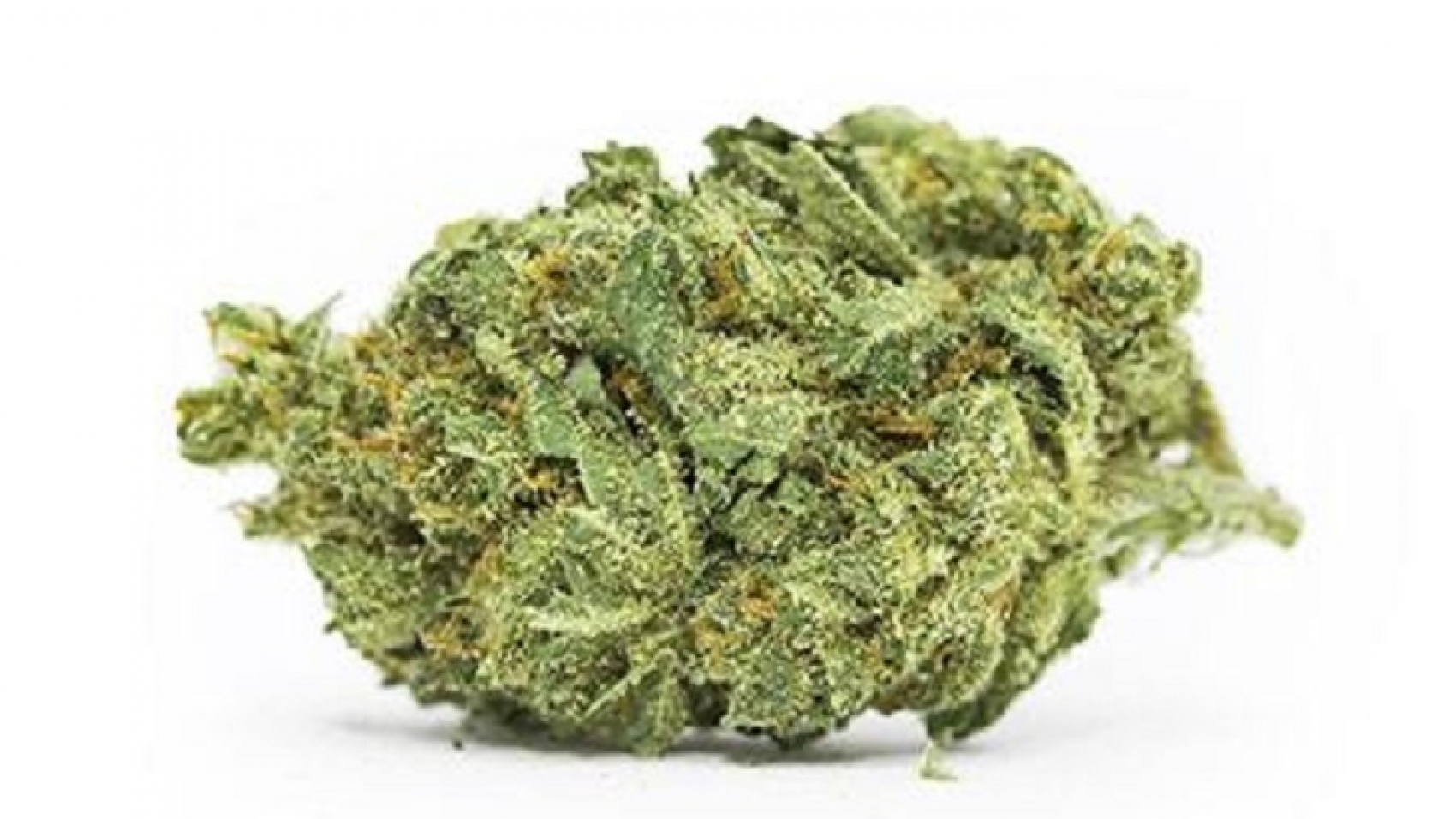 Super Snow Dog, also known as Snow Dawg or G6, is a sativa-dominant strain from the Chemdawg family. This fast-flowering strain has a sweet fruity and citrus aroma, and patients typically choose Super Snow Dog for daytime relief of stress and tension.

Super Snow Dog, also known as Snow Dog or Super Snowdawg, is a clone-only combination of Super Skunk and Chemdawg. Although the original breeders of Super Snow Dog remain a mystery, this sativa-leaning strain is reportedly named both for its heritage and for its fuzzy white layer of trichomes that to look like fresh snowfall. When properly cured, the buds feature distinct citrus and floral aromas.

This strain came out of the latter ChemDawg projects happening on the East Coast, using many of the same genetic lines which ended up in Sour Diesel and others, including the Massachusetts Super Skunk.  Chem Sister (sometimes “Chem’s Sister”) is one of the original seeds popped which produced the family line, but is one of the rarer cuts and doesn’t have the reputation that the Chem ’91 does.  Sagarmatha’s Bubbleberry was a special plant at the time, and added heft and sweetness to the equation, while the male used came out of a cross of a Mass. Super Skunk female and an Oregon Sno male.

SnowDawg has a tantalizing and complex aroma which really develops as it is broken apart.  A softly sweet and earthy aroma in its undisturbed state gives way to a blend of fruity sweetness, chemical funk, and earthy citrus that recalls its Chem family origins but seems wholly different.

There are many elements of the aroma present in the flavor, but there is a more direct Chem element, while still displaying a very healthy almost floral sweetness.  The smoke is smooth and crisp, with a mentholated quality which leaves the mouth feeling clean.

Extremely uplifting from the start, SnowDawg has an almost euphoric mental effect which fills the user with energy, positivity, and creativity.  It calms down a little bit as it goes along, but the focused and clear-headed state that composes the rest of the experience is perfect for daytime or early evening use.  Patients seeking relief from depression, anxiety, light muscle pain/tension, or migraines will find great relief here, and it just serves as a wonderful mood elevator, with little ‘ceiling’ and high value as an all-day medication.

Responds well to training rather than topping, as it produces a good yield from the main colas and will branch out a bit if super-cropped.  As a rule, growing this one in soil gives the most pungent aroma and flavor, while hydro will produce a slightly more impressive-looking plant with additional resin coverage.

No, it’s not a sequel to the 2002 Cuba Gooding Jr. comedy Snow Dogs — Super Snow Dog is a sativa-dominant hybrid. This strain is a combination of Super Skunk and the notorious Chemdawg and offers users buzzy, head-focused effects. It also comes with a surprisingly fruity flavor profile. Super Snow Dog’s THC content has been measured at between 13% and 21%.

Super Snow Dog distinguishes itself with large and well-formed flowers. These bud range in shape from chunky and globular to elongated and almost cylindrical. Their internal structure hews more indica, with small, wide leaves that coil tightly inward toward their central stems. These leaves themselves are a mossy green, with some phenotypes even boasting patches of lavender. Bright orange pistils and dewy, snowy trichomes make these eye-catching buds even more colorful.

When properly cured, Super Snow Dog carries a bold citrus aroma with distinct notes of lemon. A closer inspection may also pick up on some nutty, toasted scents, reminiscent of coffee. Grinding up or breaking apart these flowers, meanwhile, can yield more of an herbal, floral tang. When it is burnt, Super Snow Dog gives off a smooth, easily palatable smoke. This smoke tastes lemony and earthy on the exhale.

Like others sativa-leaning strains, Super Snow Dogs reveals its potent effects fairly quickly. Possibly before consumers have even had a chance to exhale its fragrant smoke, the strain can hit them with a headrush. This sudden buzz can come with side effects like a throbbing around the temples or some flushing in the cheeks. Within minutes, these strange sensations die down, leaving smokers rocketed into an elevated headspace. Ideas may jump from one to another in a kind of freewheeling word associations. Similarly, otherwise mundane concepts (or even objects) can seem to take on a new intensity. All this cerebral energy can facilitate productivity for those working on detailed, analytical tasks. It may also provoke creative inspiration for open-ended personal projects or brainstorming sessions. If smokers aren’t feeling as motivated, Super Snow Dog’s constant head buzz can add a little spice to an otherwise boring agenda of errands or household chores.

Even as Super Snow Dog’s high persists, smokers are not weighed down with physical effects. Although some consumers experience a weighty feeling in the limbs and core, this body high is often more stimulating and can help consumers feel more in touch with their bodies — this frame of mind can serve to enhance physical activities like exercise or (given the right set, setting, and company) sex. Super Snow Dog’s upbeat properties and thoughtfulness can also find some fulfillment in party settings, where it can serve as an icebreaker or social lubricant. Because of its mostly energetic vibes, this strain is recommended for use during the day.

Although it’s a valuable recreational strain, Super Snow Dog’s long-lasting stimulation can be as useful for medical cannabis patients. Its cerebral character can enable concentration on one task at a time for those with attention deficit disorders. Its soothing mood may also temporarily improve the symptoms of stress and depression. Physical benefits include some anti-inflammatory properties that may soothe everyday discomforts like headaches or cramps. Super Snow Dog’s tendency to bring about the munchies can also serve as a potent appetite stimulant for those dealing with diminished hunger. Because its strong mental stimulation can take a wrong turn into paranoia in the wrong circumstances, this potent strain is not recommended for patients who are prone to panic or who have a low THC tolerance.