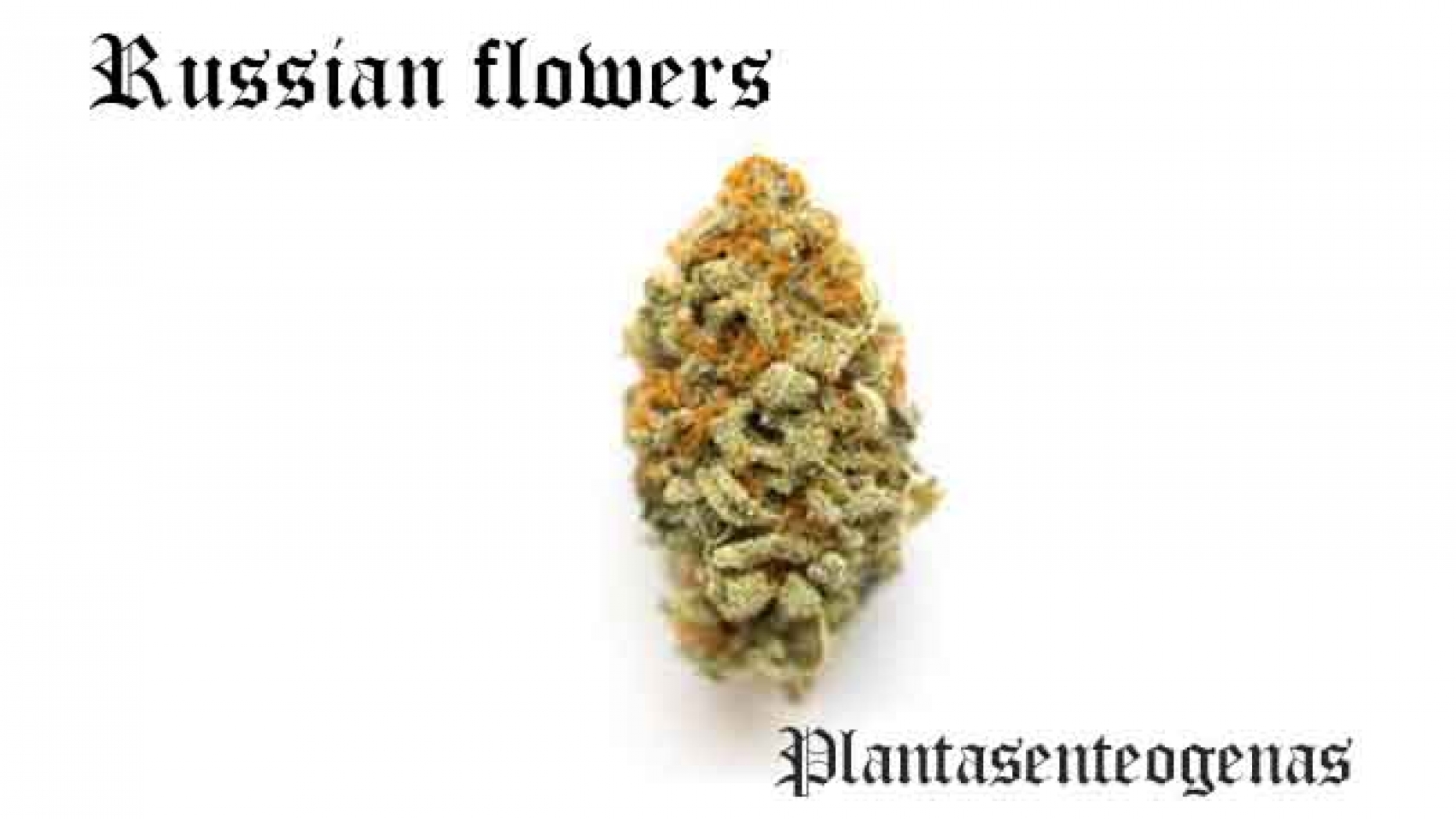 White Russian is a sativa-dominant hybrid marijuana strain made by crossing White Widow with AK-47. This strain produces euphoric and cerebral effects that will leave you feeling physically relaxed with a mentally stimulating head high. White Russian is extremely fragrant with fruity, sweet and skunky aromas. New cannabis consumers should take caution with this strain as its potency tends to be very high, around 20%. Medical marijuana patients say this strain is ideal for relieving symptoms associated with stress and anxiety.

At one point in time, White Russian was considered to be the strongest weed strain in the world. According to growers, you can expect this strain to produce medium-sized fluffy buds that are frosted with trichomes. The original White Russian strain was bred by Serious Seeds and placed in the “Best Overall” category of the 1996 Cannabis Cup.

The dude abides. No longer just a novelty cocktail, White Russian is a potent hybrid strain that leans on some famous genetics. Originally produced by Dutch seed bank Serious Seeds, White Russian is a cross between sativa-dominant AK-47 and the notoriously potent sativa White Widow. These building blocks give White Russian a powerful and introspective head high. This strain won 1st place in the best overall category at the 1996 High Time Cannabis Cup, and it’s not hard to see why. With consistently high THC composition between 20 and 25%, White Russian is sure to make an impact on any who try it.

Buds of White Russian tend to be small to medium in size. Their bud structure is more typical of sativa strains, with loosely-clustered, fluffy leaves. The leaves are pale green and, depending on the individual plant phenotype, may be moderately to thoroughly covered in frosty trichomes like parent strain White Widow. Cured properly, the flowers have an earthy, dank smell (imparted from White Widow, which is known more for its extreme stickiness than its taste profile) mixed with some sweet citrus fruit (passed on from AK-47, which has a sweet and floral aftertaste from the various Asian and South American landrace strains in its genetics). When combusted, flowers smell more skunky and slightly spicy. Some have described the smoke from White Russian as harsh and lung-expanding. Smoke tastes slightly spicy when exhaled.

The high from this strain takes hold almost immediately in the form of some initial disorientation and tightening around the temples. Users report feeling quickly energized and motivated, and being able to function with more clarity than confusion. As is characteristic of parent strain White Widow, White Russian has an intensely cerebral high that can lend itself to introspection, lateral thinking for problem solving, and creative inspiration. A sense of euphoria and emotional well-being can accompany this mental stimulation. Despite some indica in its genetics, this strain carries very little physical effects — although, as with any variety of cannabis, heavy consumption can lead to couchlock and drowsiness. White Russian’s powerful head high makes it effective in treating anxiety and depression. It is also particularly beneficial for users with attention deficit disorders. Red, dry eyes are a common side effect, a result of the high THC in this strain dilating blood vessels and capillaries controlling blood flow to the eyes. Because of its cerebral intensity, White Russian also has the potential to veer into paranoid or anxious territory; users should consider their individual tolerance as well as their mindset and setting before enjoying this strain. More likely to leave you wired than lazy, White Russian is definitely a strain to be enjoyed during the daytime.

Plants of White Russian may be user-friendly for even novices to grow; the strain’s hearty genetics mean that it is more resistant to adverse growing conditions and not as high-maintenance as many other strains. That said, growing this variety outdoors requires a consistently warm temperature and a direct albeit not overpowering source of sunlight. Plants are relatively short and bushy for a sativa-dominant variety, reaching between 3 and 4 feet tall when grown indoors. Plants also have a low leaf-to-flower ratio, meaning that cultivators won’t need to worry as much about trimming fan leaves during the vegetative state. Grown indoors, plants flower after 8 to 9 weeks. Outdoors, plants are ready for harvest in mid to late October.

This is a very pungent variety, even before plants begin to flower. As such, indoor growers may want to counteract the strain’s skunkiness with odor control measures like carbon filters or exhaust fans.

This bold cerebral strain provides some of the best of what sativa varieties have to offer. White Russian stimulates the mind while leaving the body relatively functional. This makes it ideal for complicated tasks involving problem solving or creative thinking — for example, it would be an excellent choice to consume before playing cards with friends. Because of its tendency towards introspection, White Russian might be more easily enjoyed in privacy, or at least in familiar company and a comfortable setting. It’s more of a daytime smoke, but its energizing properties can also be used to ward off sleep, if necessary. Because of their high resin content, White Russian flowers are ideal for the production of hash, shatter, and other THC concentrates.

Notably, White Russian’s creators Serious Seeds are committed to preserving the provenance and integrity of the strain: they assign a unique serial number to every bag of seeds they sell, allowing the cannabis to be tracked from initial production to point-of-sale in dispensaries. This accountability not only edges out impostors and inferior products, it also allows for the production transparency that is so necessary in today’s increasingly regulated legal cannabis market.

The plants of White Russian are not very difficult to cultivate and are easy to maintain. Even a novice can easily grow them. To grow them outdoor, all that is needed is a consistently warm temperature and a source of sunlight. By mid or late October, they are ready to be harvested. If grown indoor, the plant grows up to a size of 3 to 4 foot and the leaves around each flower aren’t a lot hence easy to maintain during the vegetative state. However, one problem with growing this variety indoor is that they have a very pungent smell and is hard to control even through exhaust fans and other measures.

White Russian is the best option to go for if one wants to charge their mind while staying relaxed physically. It can prove to be beneficial if consumed before performing some complicated or mind-boggling task. White Russian makes a person indulge into introspection while making the mind active. Thus, it is better to consume it in the daytime and alone to enjoy it in a better way. Shatter, hash, and other THC concentrates can also be produced from the flowers of White Russian.

Serious Seeds, the creator of White Russian has an efficient system of accountability and quality assurance. Each bag of seeds is assigned a serial number that can be tracked from production to sales. This allows them to check for any imposters as well as inferior products. This system is not only helpful in this regard but has become a necessity with the increasing legal regulations.

When smoked or converted into an edible form, the flavor of the White Russian strain is best described as Earthy, Sweet, and Skunk.