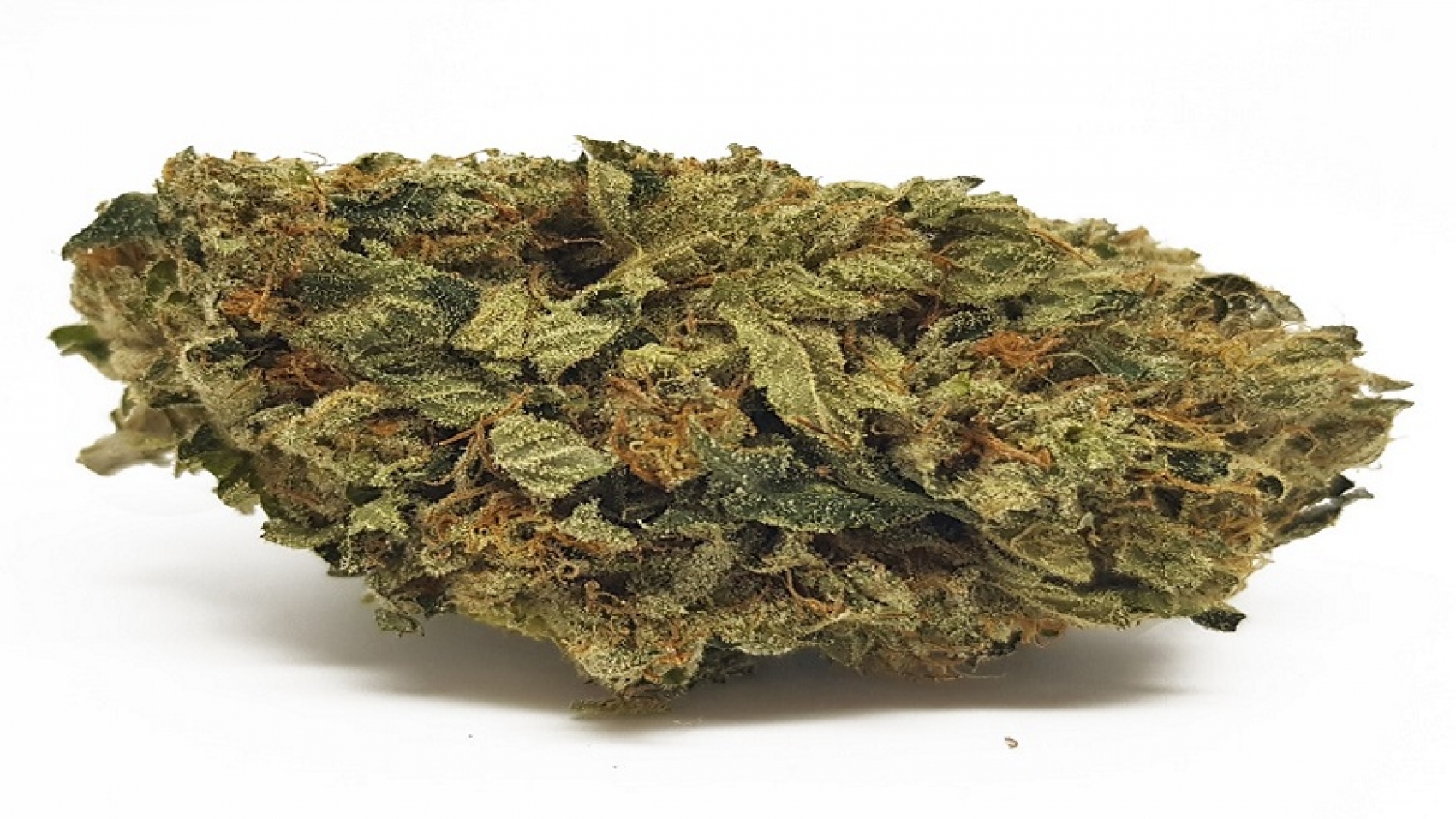 Rockstar Kush, also known as BC Rockstar, is a popular strain in British Columbia renowned for its excellent medical qualities. This hybrid of Rockstar and Bubba Kush emits a heavy odor of skunk and piney Kush. Rockstar Kush, a heavy indica, helps patients overcome aches, pains, and anxieties with its relaxing effects that also stimulate a reduced appetite.

Rockstar Kush is a popular Indica-dominant hybrid strain that was created in British Columbia. Its Indica dominance means Rockstar Kush has a variety of medicinal uses, but only for very specific things. If you’re looking for an upbeat strain that will give you some energy, then you should try something like Amnesia Haze, which will give you a huge boost of creative energy. Rockstar Kush is a more relaxing strain, though, thanks to the slight Sativa inside, it shouldn’t leave you glued to the couch. It’s about a 75/25 split towards indica, meaning that the cerebral energy isn’t anything to laugh at.

Kush is a well-known brand of cannabis. They almost always come from OG Kush crosses, and they’re known for their unique taste. The closest adjectives to describe Kush’s smells would be that it is flowery, spicy, and earthy all blended together. It’s very hard to explain through a screen, so we simply recommend trying some for yourself! Once you know the smell, it’s not something that you’ll soon forget.

Rockstar is an Indica-dominant hybrid. It’s a famous strain from British Columbia and brings a lot of OG Kush’s effects and well-recognized traits with it. It has hairy nuggets that are lime green and absolutely covered in trichomes. These tasty trichomes make this strain even better, and they also make it a great choice for concentrate makers.

Some unknown British Colombia breeders brought together a Kush relative and a strain known as Rockstar and created Rockstar Kush. These two Indica strains when smushed together to create one very potent, but also very relaxing strain. The two strains that went into Rockstar Kush are:

The average Indica-dominant hybrid has around 12-13% THC content. Rockstar Kush blows this out of the water, which is the main advantage of OG Kush relatives. It’s one of the reasons that so many breeders cross strains with OG Kush. Firstly, there’s the taste. Secondly, there’s the THC percentage. Rockstar Kush has an average of 22% THC. The highest phenotypes have around 25% THC content. This can be a little overwhelming for some people, so just take it easy if you’re a new stoner.

The seeds for this strain aren’t available form the original breeder. What does this mean for the price of the strain? Unfortunately, it means that the price is pretty high. In North American dispensaries, it’s only going to cost about $15 a gram. However, in Amsterdam, you’re probably going to spend a little bit more. The average price for a strain like this in a coffee shop is about $20 a gram. This doesn’t necessarily make it top shelf, but it’s relatively expensive by comparison.

Rockstar Kush inherited the Kush taste from its OG Kush parent. This is a very spicy, earthy taste that should definitely be appreciated inside a flower vaporizer. Vaping inside a flower vaporizing is much healthier, as there’s no combustion of plant matter. This makes the general taste experience much better, as there’s also no paper burning. Although some strains taste perfectly good inside a blunt wrap, nothing can compare to the flavor inside a vaporizer. For the full taste experience, you should definitely grind your weed up first. The full taste of Rockstar Kush is:

Taking second place in a High Times Cannabis Cup hardly denotes a second rate strain, RockStar took second place in the 2012 hybrid Category. The strain is not to be confused with BC RockStar or Rockstar OG. The maternal strain chosen by the breeders, Bonguru Beans, is Soma A+’s strain Rockbud. Rockbud is a conglomeration of Super Skunk, Big Skunk Korean, a landrace Indica from Afghanistan and Afghani Hawaii. Bonguru bred the mother with Sensi Star, a mostly Indica hybrid from Paradise Seeds. Easing tension, loosening muscles and causing users to feel happy, RockStar is an Indica that does not strongly act as a sedative.

The earth and citrus flavors of RockStar may be used to deliver potent pain and muscle spasm relief. Its euphoric effects may be used to help deal with anxiety, depression and stress. Some do find that it helps them rest easy. Others use it for migraines and nausea.

When Bonguru Beans set out to create this strain, they had an indoor setup in mind but RockStar can do just as well outside. Plants do well in soil or hydroponics and can be ready in eight to nine weeks. This strain can do well in a Sea of Green or can be grown as a multi-branching plant. Outdoors this strain can reach as tall as two meters and may yield as much as a pound per plant. A good choice for beginners, RockStar tends to produce about a half pound indoors.

Rockstar Kush, also commonly called “Rockstar OG” by medical patients, is an indica dominant hybrid (75% indica/25% sativa) strain created through a cross of the insanely potent Rockstar X Bubba Kush strains. This powerful bud has a well-balanced but extremely potent high that is powered by an intensely high THC level that typically falls between 22-25% on average. The high starts with a feeling of uplifted euphoria with a hazy introspection that immediately relieves any feelings of anxiety or racing thoughts. This high slowly spreads throughout the body leaving you completely relaxed with a slight sense of sedation. This sedative feeling eventually leads to a pretty heavy couch-lock with an intense case of the munchies. In fact, the couch-lock can be so intense for some users that it can cause feelings of paranoia and fear. Because of these relaxing and heavy effects, Rockstar Kush is a favorite strain for treating chronic pain, chronic stress or anxiety, and inflammation. This bud has a delicious classic aroma of earthy skunky blueberry that becomes spicy and pungent when the nugs are broken apart. The taste is similar, with a flavor of rich spicy blueberry earth that has a pungent skunky aftertaste that intensifies upon exhale. Rockstar Kush buds have medium-sized lime green spade-shaped super airy nugs with rich amber hairs and a fine layer of crystal clear trichomes.

Rockstar Kush cannabis strain is a 75/25 Indica dominant hybrid with a insanely potent THC average of 22-25%, meaning beginners should stay away. It tastes like skunky earth and blueberry with spicy, pungent notes. The flavour is similar with a more decadent, leathery essence and a skunk aftertaste. Airy nugs are moderately sized with lime green spades for bodies, amber hairs and translucent trichomes. This strain can treat inflammation, stress, anxiety and chronic pain. Ideal for evening usage.

Rockstar Kush cannabis strain’s high begins with a hazy, introspective sense of euphoria which spreads to a full-body relaxation and just a touch of sedation. This can evolve into a heavy couch-lock with some serious munchies.