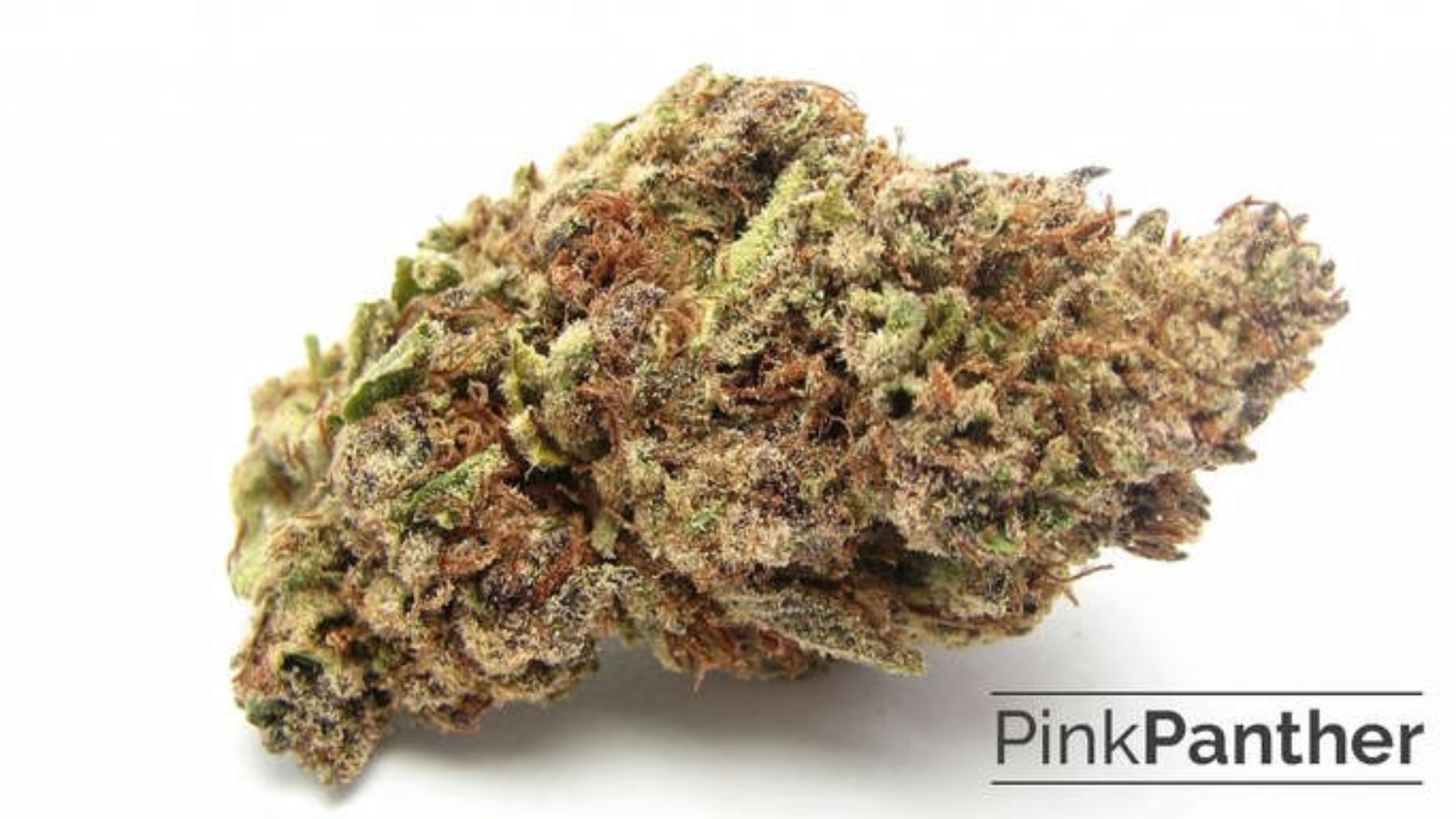 Baby boomers and those belonging to Generation X should remember the Pink Panther. However, that does not mean that the strain named after it was created in the early 60s. As a matter of fact, no one knows when it came around or how it came to be.

There are assumptions on its lineage, but to date, they are nothing more than that. One is that it is a phenotype of the Pink Plant. A couple of things support this theory. First, they are both mostly Sativa strains. Second, picking the name Pink Panther has to come somewhere.

There are also some people who think it is likely a phenotype of Blackberry. However, unlike the Sativa-dominant Pink Plant, this one is more balanced.

Regardless, the strain stays true to the genre of the film adaptation in that its very existence is shrouded in mystery. For both the recreational and medical users, though, it does not matter. What does is how it elevates the mood and how it lessens or even eliminate pains and aches.

Pink Panther has its origin from Spain from Eva Female Seeds cultivators. Its Pink Plant phenotype has its name from the color of the buds at the end of harvesting.

This mostly Sativa strain is quite potent with 20-24% THC and is not recommended for beginners or people with low tolerance.

Possessing as much as 24% THC, there is not an inch of doubt that it is not only potent but can also be overwhelming should one use too much. Although its seeds appear to be widely distributed with more than a few online retailers carrying it in their inventory, there is also a lack of information available.

Nonetheless, users can expect its effects to kick in fast and induce a cerebral euphoria. Some people note how it begins with a slight pressure between the eyes and the temple. As it spreads from the head down to the body, it leaves most people not only feeling uplifted but also euphoric.

Like typical Cannabis Sativa plants, its effects are mostly mental and behavioral. Often, it promoted a clear-headed high and may be accompanied by heightened sensitivity including having a sharper focus. As it also delivers an energy boost, it helps keep the users motivated and productive.

While Sativa-dominant, the Pink Panther still retains a little bit of its Indica heritage. Because of that, its users should feel a soothing sensation trickling into the body. As its effects spread, most people tend to feel relaxed but not lazy. In some ways, it also plays a role in keeping the psychedelic effects in check.

About the only time, the Pink Panther smells nice is after a bath. Not for the strain, though, as it emits a naturally sweet and fruity aroma of berry. It may be pungent, but most people are likely to find it pleasant.

Users who find its odor pleasant should also find it a delight to use. Its smoke has a refreshing blend of earth with a sweet note and the distinct taste of pine. As one exhales, it also leaves a fruity aftertaste that is reminiscent of grapefruit.

Pink Panther, like others, can cause users to have dry mouth and dry eyes. These are conditions that are likely to occur with the use of any cannabis. About the only difference between one to the next person is in the severity of its symptoms. Some people do not notice it while others dismiss it as it is mild anyway.

Other conditions that may occur include feeling anxious, dizzy, or having a mild headache.

While a few people who use the Pink Panther may end up with a mild headache, it is actually used by medical users to reduce the symptom of one. The key is in using only the right amount so that it does not cause one as an adverse reaction.

Besides beings used to manage headaches, the Pink Panther is also quite capable of providing relief from pains and aches.

Perhaps the biggest draw of the strain among the medical community is its exceptional mood-enhancing traits. People suffering from stress can use it for relief. Consequently, it helps those with depression too.

Finally, there are also reports of people finding it beneficial with some gastrointestinal issues such as nausea.

Need quick relief for a migraine? This strain is highly rated by those with migraine and other headache conditions.

This plant is also a popular selection among those seeking daytime relief from muscle spasms, tension, and cramps.

A Spanish lady, this flower was bred by Eva Female Seeds. Known to exhibit gorgeous pink hues late in flowering, this strain is a unique flower to behold. The aroma of this plant is delicate, with a sweet floral quality that makes this gal an excellent addition to edible desserts.

The exact genetics of this flower are a little mysterious, but the herb is expected to be a phenotype of the Pink Plant strain. Regardless of its origin, this herb boasts top-self looks and can pump out an impressive 22 to 24 percent THC.

Those sensitive to THC may want to use caution with this flower. In high doses, this herb can cause lightheadedness and paranoia. Best to start low and go slow with this one.

While growing information is scarce, the Pink Panther is not much different from other Sativa-dominant marijuana. Most likely, it can grow up to 10 feet tall in the outdoors. Most people do prefer to cultivate cannabis indoor. In either environment, all it needs is some tender loving care, and it rewards the growers with a better than average harvest.

Pink Panther reaches full maturity in eight-to-ten weeks indoors or mid-October when grown outdoors. The plants can grow up to 10 feet tall outdoors. Some odor-control measures may be necessary regardless of grow setting.

Due to its pungent odor, it is possible that its scent may reach several houses away. As a way to offset that, growers can install a carbon-activated charcoal for odor control before venting out the air from a tent.

The Pink Panther is likely to have a flowering period of 8 to 10 weeks. It is possible that it can be extended by another week. Once ready for harvest, the estimated yield per square meter should be around 10 to 12 ounces.

Grown out in the open, the Pink Panther should thrive well with plenty of sunshine. It flowers in the first to second week of October with each plant producing at least 12 ounces of buds.