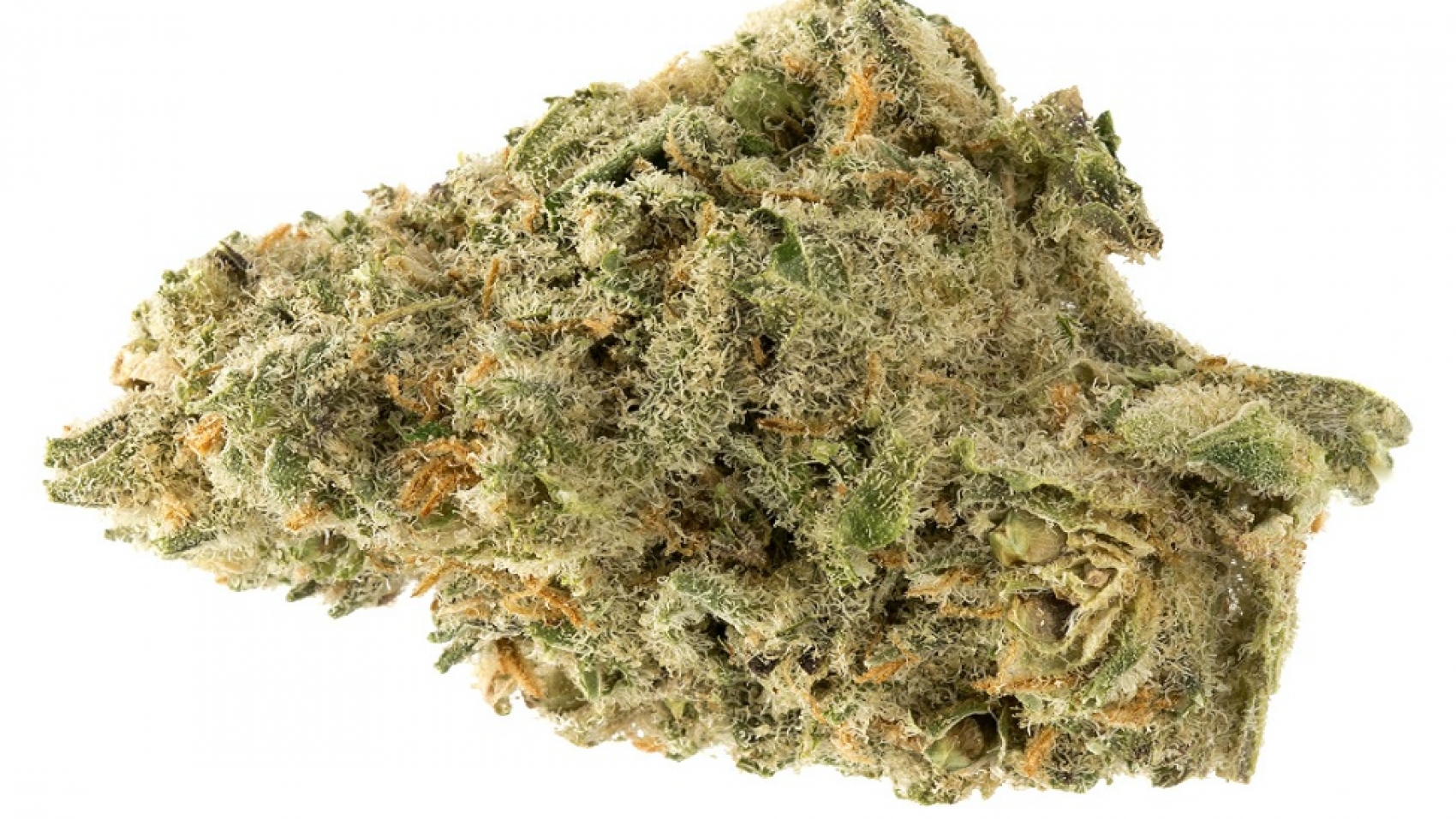 Pineapple Express combines the potent and flavorful forces of parent strains Trainwreck and Hawaiian. The smell is likened to fresh apple and mango, with a taste of pineapple, pine, and cedar. This hard-hitting hybrid provides a long-lasting energetic buzz perfect for productive afternoons and creative escapes.

Though this strain has been around for a while, there’s no question why it suddenly became a household name a few years back. We’re all familiar with its soar to popularity because of James Franco and Seth Rogen film by the same name, but did you know that Pineapple Express had been a fan favorite in the Netherlands for half a decade before the movie’s release? If famous pot smokers and the Dutch think it’s a winner, then it’s a winner. A cross between Trainwreck and Hawaiian, this tropical bud is a smooth and sweet smoke that will certainly have you chasing it at least once.

Breeders at Barney’s Farm rarely turn out anything but gold, so it’s no wonder that this potent strain is another hit. The THC on this strain hits above 24% regularly and boasts aromas likened to a fruit stand. With overtones of fresh cut pineapple and mango, and undertones of green apple and pine, this tropical bud will have your senses tantalized upon opening the bag. If the scents weren’t enough, the flavors are similar and super strong. These olive colored, rock-shaped buds taste like a fresh slice of pineapple with a substantial pine aftertaste.

Though not nearly as intense as the movie would have you believe, it won’t turn you into a rambling, beat-boxing Bill Hader, this buzz is powerful in its own right and will have you floating through the air in no time. This mild body numb is accompanied by a heady, happy high that leaves users feeling creative and talkative. As your body relaxes into the high your mind will start to focus and feel productive. The energy this bud provides makes it easy to get through a short to-do list.

Pineapple Express may seem like it’s just for the recreational user, but rest assured it has medical benefits out the wazoo. This calming, yet somehow stimulating, bud has the ability to lift the mood and heighten productivity making it perfect for anyone suffering from depression, chronic stress, anxiety, fatigue, or generalized restlessness. As it has minor sedative properties, Pineapple Express is also good for mild pains and inflammations as well as migraines and muscle tightness.

This tall growing plant is a great indoor/outdoor plant, but typically does better indoors with controlled temperatures. If you are cultivating inside be sure to give Pineapple Express lots of space, as her branches tend to reach far and wide. The yields of this strain are typically high and it is considered an auto-flowering strain. Expect your perfect harvest at around 7 to 8 weeks, or if you are growing outdoors, mid-October.

If you find yourself with the motivation to get up and get moving, this is a great bud to take on an adventure. This hard-hitting hybrid is a long-lasting, energetic strain that meshes perfectly with a busy schedule or creative endeavors. If you are the type who likes to just smoke at home, this is a great dinner and movie pairing.

Pineapple Express is a Sativa dominant strain with a 60:40 sativa/indica ratio. The strain is quite popular and has achieved recognition thanks to the stoner film of the same name. However, you have to keep in mind that the strain is not as intense as the movie has made it out to be. But Pineapple Express still manages to offer a mild and nice body-numbing buzz, which is something to look forward to. The strain is offered in the form of well-weighed nuggets that look like Styrofoam popcorn. It does not taste sweet, but it does smell funky with its citrus overtones. The taste is quite extraordinary with a hint of pineapple while you inhale. Pineapple Express is chosen to treat a lot of medical problems including anxiety and stress. However, it is even more effective at curing the symptoms of chronic depression at the same time. If you are suffering from mild pains and aches, you should look no further. After a smoke, you will realize Pineapple Express is calming and stimulating at the same time. Not only will it heighten all your senses but you will feel energized all the while observing an increase in focus, awareness and creativity.

Despite the nebulous marketing and inconsistent reported effects, most cuts of Pineapple Express are sought-after cultivars noted for their fluffy, lean flowers that shine with a lime and yellow coloring. Consumers select Pineapple Express for a tropical, citrus aroma that exudes from its typically higher limonene content. Growers will have an easy time growing Pineapple Express indoors, and can expect a high yield between 55-65 days.