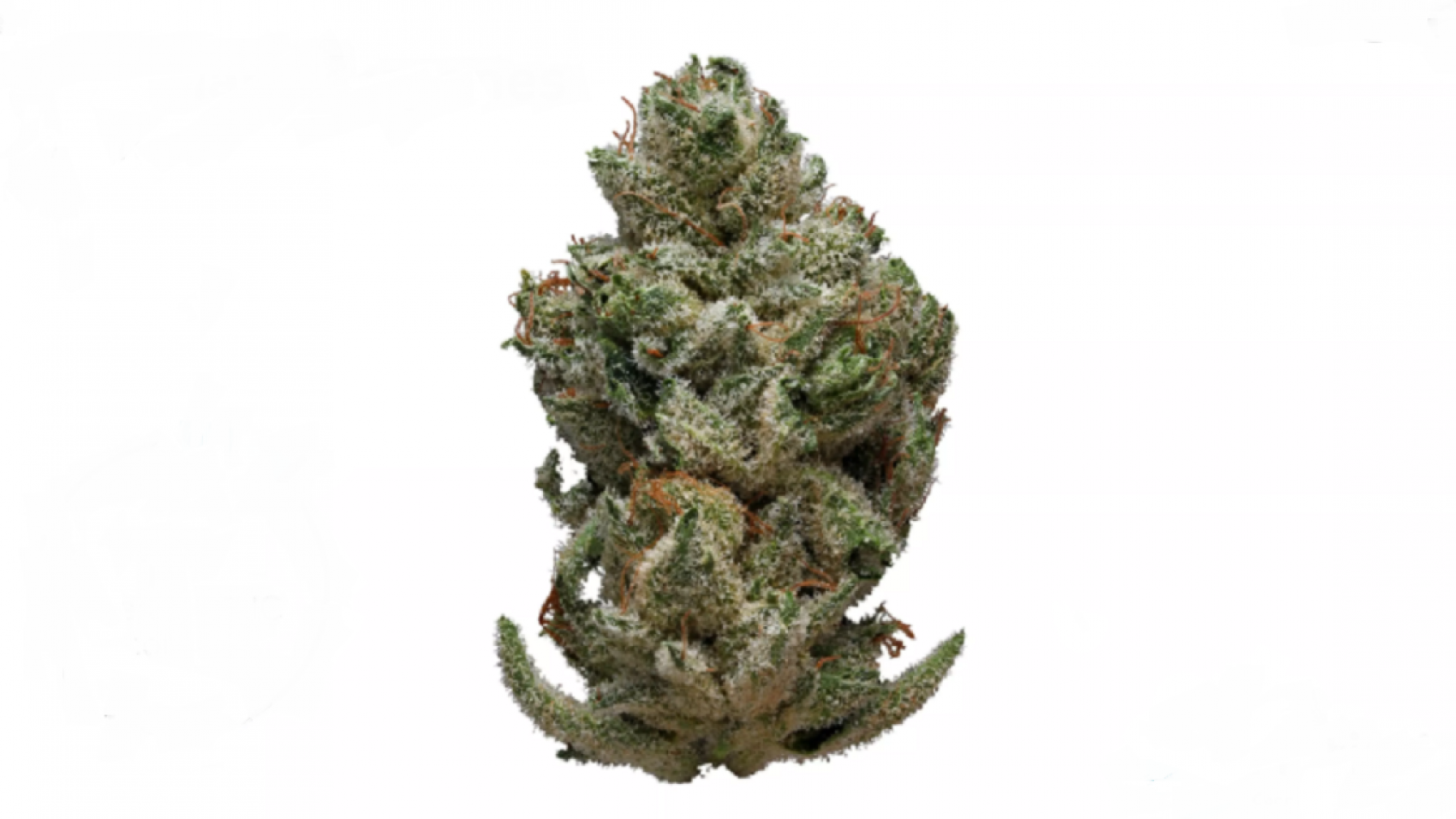 Pestilence, named for one of the Four Horseman of the Apocalypse, is a rare indica-dominant strain with strong OG undertones. Coffee and caramel fill the air when this strain is combusted, but a touch of pungent earth lingers on the exhale to round out this Abusive OG and West Coast Dawg cross. This strain delivers strong appetite stimulation and traditional semi-sedative OG effects, making it an ideal ‘end of the day’ variety that can help treat eating disorders, stress, and general restlessness.

Although it sounds fairly menacing, Pestilence is actually a deeply soothing indica-dominant hybrid. This strain was created by Illuminati Seeds (purveyors of similarly biblically-named buds like Divine Apocalypse) as a cross between West Coast Dawg and Abusive OG. It has a simultaneously sweet and earthy flavor profile and is saved for evening or weekend relaxation. Pestilence has a THC content measured at between 12% and 22%.

When trimmed, flowers of Pestilence OG are small to medium in size and have a chunky, irregular shape. These buds show their indica roots with a tight and compact internal structure, in which small and wide leaves twist inward toward their central stems. The leaves themselves are a pale sea green and take on a frosty appearance thanks to a high volume of translucent white trichomes.

Although its name doesn’t exactly inspire olfactory confidence, Pestilence has a smooth and pleasant flavor profile. When cured, its buds have a primarily earthy scent, redolent of wet leaves and soil. There’s also a whiff of cocoa that lurking underneath. Grinding up these flowers, meanwhile, gives off some hash and spice that hints at its OG lineage. Although Pestilence gives off a sour and somewhat acrid smoke when burnt, it is easily ingested and leaves behind traces of nutty, coffee-like flavor on the exhale.

Pestilence can come on slowly, sometimes taking as long as 15 minutes before fully revealing its high. Eventually, smokers may feel a headrush that’s accompanied by some flushing in the cheeks or an increased pulse around the eyelids and temples. Once they become accustomed to this sensation, they may notice that they’re subsumed by physical relaxation. A weighty feeling in the limbs can make moving around feel like one is walking through peanut butter. Those who are already kicked back in comfortable surroundings might even find themselves pinned down by the force of the strain’s sedation.

While this strain has some action on the user’s mind, it comes more in the form of sensory distortion than of cerebral activity. Consumers may experience disorienting irregularities in perception, including a flattening of visual depth perspective or an uncanny sense of time dilation. Those who are so inclined can amplify these psychedelic properties by immersing themselves in some spacey, atmospheric music or in a visually engaging movie. Pestilence’s trippy vibes may also be a fun way to pass them time with a small group of like-minded friends. Thanks to its mostly subdued mood, Pestilence is recommended for consumption beginning in the early evening — or at least during daylight hours when the consumer has no other obligations or responsibilities.

Pestilence’s heavy sedation can have a few different applications for medical cannabis patients. The strain’s ability to put a damper on anxieties and tensions can be helpful for those suffering from stress, depression, and anxiety. Additionally, its potent physical effects can relieve aches and pains, whether they’re temporary, as due to injury, or chronic and condition-related. Some anti-inflammatory properties may take the sting out of everyday afflictions like nausea or headaches. Ironically enough, given its name, some cases, Pestilence can provoke the appetite, making it a possible diet supplement for those dealing with diminished hunger due to illness or to invasive treatments like chemotherapy. Finally, in a sufficiently relaxed set and setting, Pestilence may counteract insomnia, putting its consumers into a deep and restful sleep. Because it is not often accompanied by recursive, obsessive thinking patterns, this strain is a good option for patients who are prone to paranoia or who have a low THC tolerance.

The strain’s breeder Illuminati has not made seeds available for sale online. Those looking to grow Pestilence at home should seek out clippings from mature, healthy plants of the strain. These can be fostered as “clones” and can be grown indoors or out, although outdoor cultivation calls for a hot and semi-humid climate. Plants grow short and squat, meaning that growers should occasionally trim away any broad fan leaves in order to encourage any low-growing nodes to flourish. Per Illuminati, Pestilence flowers within about 10 weeks.

Although somewhat difficult to come by, Pestilence is a must-try for indica fans who may run across it. If you’re sharing this bud in social situations, make sure to have enough to go around; its sweet, dessert-like aroma is sure to turn some heads.

Abusive OG meets West Coast Dawg in this indica-dominant phenotype (sativa/indica ratio of 20:80). Pestilence leans toward its OG heritage, delivering a heavy, relaxing body high that’s ideal for the end of a long, busy day. The effects are physical, calming, and intensely hungry, making this a great choice for treating wasting or eating conditions. It’s also effective as medicine for muscle spasms, nausea, pain, and insomnia. There aren’t many public reports or tests exploring the THC levels in this strain, but it’s said to produce a relatively potent high. But the scarcity of CBD data means Pestilence shouldn’t be used to relieve seizures or other health conditions that require CBD treatments, unless a doctor or knowledgeable budtender recommends it. Notes of vanilla, caramel, and coffee dominate the sweet, smooth flavor and aroma of this strain. The bud has an olive green appearance with brown hairs and a layer of trichomes. Adverse effects probably include dry mouth and dry eyes, but credible reports on the subjects are scarce. Look for Pestilence in Canada and Europe, but don’t look too hard, as it’s rare even there.