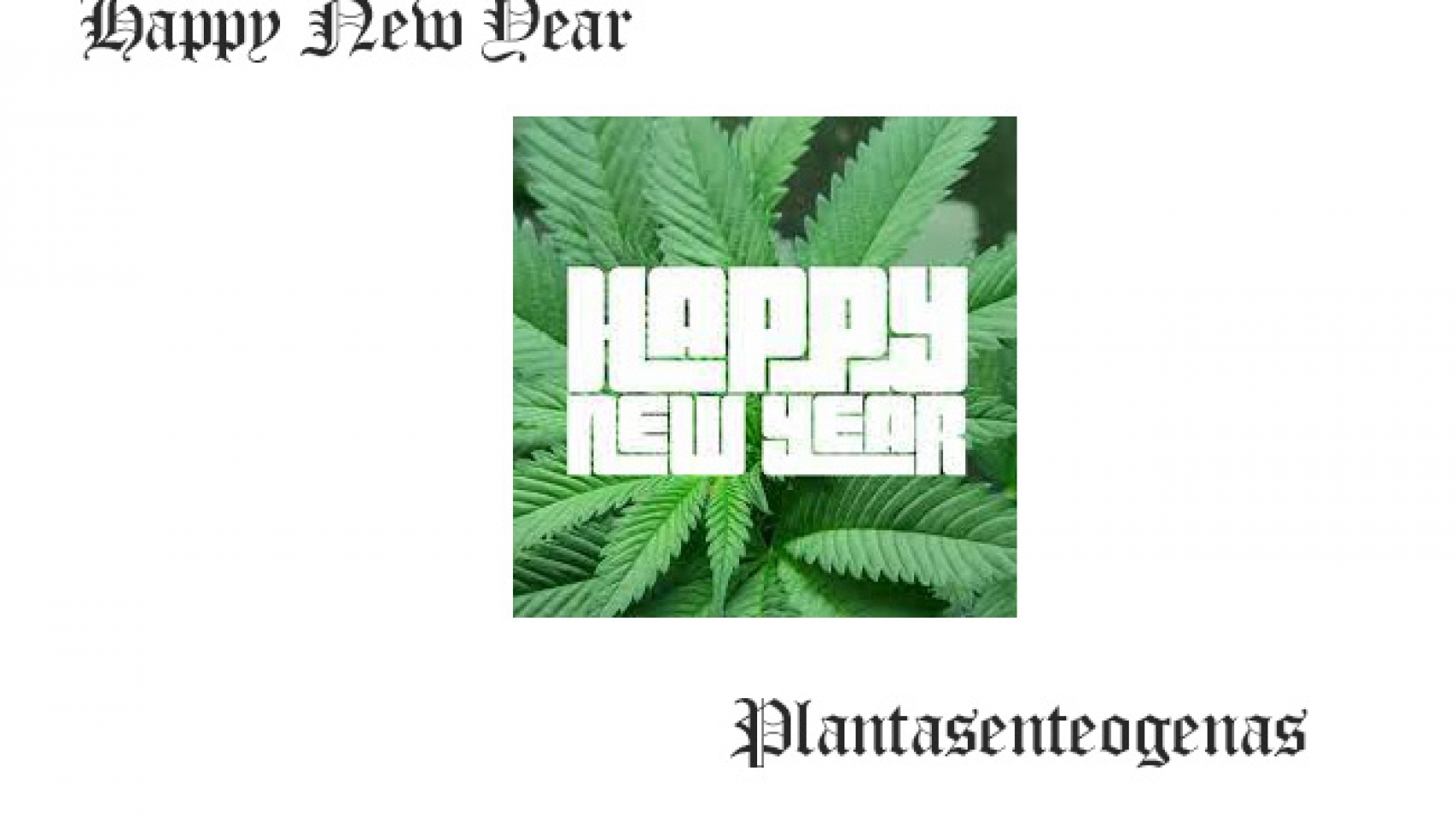 The bubble has officially burst when it comes to the global cannabis market, and at this point many pot stocks are already on the road to bankruptcy.

It may be hard to picture now, but the cannabis industry was in a vastly different position during the halcyon days of 2018.

Investors were clamouring to get in on the green rush and cash was being poured into the sector courtesy of private equity firms, VC’s, and multinational corporations.

However, by the end of 2019 a storm was brewing, as the hype arounds cannabis began to wane, and investors became increasingly concerned about the industry’s lack of profitability.

Licensed producers over-invested heavily in facilities to grow cannabis, but not in making the high-value products that will appeal to a greater number of people. In the last six months of 2019, expectations had been building around retail earnings, namely that they were going to justify the huge capital expenditure these companies had made and the investment they’d asked for to pay for them.MMJ Group Director, Mike Curtis

This was further compounded by the gradual realization that recreational legalization would be slower to arrive than expected in the US—and several other jurisdictions—which significantly impacted numerous company’s future revenue guidance.

And once the “Vape Crisis” began to rear its ugly head in September, it became clear that the honeymoon was officially over.

This led to a severe capital crunch—making it virtually impossible for cannabis companies to secure further financing—and soon the writing was on the wall; pot stocks without cash in the bank or a pathway to near-term profitability would be facing bankruptcy in 2020.

Unsurprisingly, this “Black Swan Event” caused the Horizons Marijuana Life Sciences ETF to decline by approximately 39% last year—even as the S&P 500 rose by roughly 29%—and former juggernauts like MedMen (CSE:MMEN) suddenly found themselves caught in an inescapable death spiral.

New cannabis strains to try in 2021

With all the excellent cannabis strains already out in the market, you might think that that’s all we’ve got left. But the truth is, breeders are continuing to work hard behind the scenes to introduce many different kinds of new strains.

Considering how crazy this year has been, the abundance of all the new strains you can try is something to look forward to. Whether a seasoned or newbie cannabis user, experimenting with different strains is something you can enjoy especially now that we’re all advised to stay home more. Besides, there is so much more to cannabis than the popular indica and sativa strains that we’ve all gotten to know.

Learn to seek out new tastes and flavor profiles. Many breeders these days are working with more terpenes in order to design unique experiences for you. There’s a lot that goes into creating a new strain, and it’s important to have fun as you observe all of these new things including its potency, effects, aroma, and flavor.

So let’s get started! Here are the year’s best new strains:

Blueberry Widow is no doubt one of the most popular indica strains of the year. You’ll be lured by its sweet aroma with hints of wood and sour citrus. The blueberry influences can’t be denied, either! Blueberry Widow is a great relaxing strain that will have you smiling and feeling euphoric – the perfect antidote to stress and pain. It gives an excellent full-body buzz, too, so be sure that the couch is nearby.

Meat Breath is the latest of the Breath strain family. This indica-dominant strain is recommended if you’d like a break from the sweet and fruity strains. However, be warned that it does have a high THC content; Meat Breath is not for newbies. If you are a fan of the classic, high-THC Afghani strains of the past, this is for you.

Sour Berry Blue is the love child of Alpha Blue, award-winning sativa, and Sour Strawberry, a famous indica. This strain tastes like a delicious fruit bowl that will transport you to a beach in the Caribbean, but delivers a potent body high. Its THC levels range from 20 to almost 27%, so you can be assured of a deliciously sweet euphoria right after that first puff.

Jock Horror is a famous strain, combining genetics from Northern Lights, Haze, and Skunk. It’s a sativa-dominant hybrid that delivers a rich, fulfilling flavor that gives you a very strong energetic high. With nice sweet berry tones with citrus undertones, Jock Horror is a refreshing, tangy smoke. Users love the body high combined with a potent high. If you’re looking for a strain to give you energy for a fun night out and make it more entertaining, Jock Horror will not disappoint.

Aurora Indica is a deliciously overpowering indica created by combining Northern Lights and Afghan. This is highly recommended for anyone who wants to totally disconnect from stress and work at the end of the day, or looking for effective treatment at knocking out pain and insomnia. Aurora Indica will send you straight to bed and you’ll wake up feeling relaxed and happy.  Its onset is rather swift, and many users report that it doesn’t cause paranoia unlike many others, so you can be assured you’ll get the rest that you need.

Lava Cake is as tasty as it sounds! Famous among aficionados for its cakey yet exceptionally tasty terpenes, Lava Cake relaxes both mind and body. Have a few puffs of this strain after work or during your days off, or just about any time you need to take the edge off and get a fix from your anxiety. This strain makes relaxation come easy, even on days that it feels impossible. Terrific for pain and insomnia too!

Watermelon OG is a high THC indica that is widely used as an appetite stimulant and sleep aid. It’s unlike many other fruity strains you’ve tried; refreshing watermelon and grape flavors will remind you of a nice summer day. If you are feeling a bit down or suffer from depression, the euphoria of Watermelon OG will be like a breath of fresh air, making it one of the best new strains out there for its anti-depressant properties. Though many people prefer to use this strain during the day, it’s versatile enough to use at night.

Pineapple Upside Down Cake boasts one of the most unique, diverse flavor profiles out there. It definitely smells like the pastry that it’s named after, but it’s starting to gain a loyal following because of its fulfilling, immediate onset that feels good both mentally and physically. Pineapple Upside Down Cake is the result of combining Pineapple Trainwreck and Cookie Monster, both well-loved strains. Thanks to its heritage, this strain does an excellent job of relieving tension, relaxing muscles, and just making you feel really damn good.

Rare Hindi is the result of combining Hindu Kush and Rare Dankness. It’s got a nice deep aroma of sandalwood, but what makes this strain so well-loved is its ability to send you into a state of deep meditation. Earthy and sweet, but potent in calming and relaxing. if you enjoy these flavors and are looking for something new to get rid of stress and anxiety, check out Rare Hindu.

Pie Face OG is an indica-dominant strain, yet one that is pretty well-balanced. You’ll love its earthy and cherry flavor thanks to its parents Face Off OG and Cherry Pie. Pie Face OG is famous for fantastic euphoria but the best part about it is that it isn’t too overpowering. This means that you can have a few hits of Pie Face OG in the morning and still have enough mental clarity to take care of the day’s tasks.

With all these excellent strains, there’s enough to keep you busy at home for the next few months. Let us know which ones of these are your favorites?

Unfortunately, this was just a dress rehearsal for the arrival of the COVID-19 pandemic, which has ravaged global markets and annihilated the market cap of the cannabis industry’s biggest players.

Even titans such as Canopy Growth (NYSE:CGC)—which had already lost $9 billion in value during 2019—saw their market cap shrink by a further $5 billion as of March 2020. As a result, the company expects to incur a pre-tax loss of approximately $700-800 million in Q4 2020, which follows a net loss of $375 million for Q3 2019, and a staggering $1.28 billion loss that took place during the June quarter last year.

In fact, the company recently announced that it will be ceasing operations across three continents in an attempt to stop the rot, although at this point it may already be too late.

Canopy Growth will now shutter its indoor facility in Yorkton, close down all operations in South Africa and Lesotho and cease cultivation operations in both Colombia and Springfield, New York.

The company will also be eliminating 85 fulltime positions—which will primarily come from its now defunct Columbian operations—along with temporarily furloughing 200 retail workers due to the government ordered shutdown of dispensaries.

“When I arrived at Canopy Growth in January, I committed to conducting a strategic review in order to lower our cost structure and reduce our cash burn,” Canopy Growth CEO David Klein said.

“I believe the changes outlined today are an important step in our continuing efforts to focus the company’s priorities and will result in a healthier, stronger organization that will continue to be an innovator and leader in this industry.”

And it’s a similar story if we turn our attention to Aurora Cannabis (NYSE:ACB), which has lost 92% of its value since March 2019, thanks to a series of disastrous missteps and blunders which saw the company fail in its bid to become the peak production market leader.

Has the Cannabis Bubble Burst?

Although this may sound like an apocalyptic scenario, the industry-wide downturn was likely long overdue, as stock valuations have been on a constant downhill slide—barring market spikes caused by the legalisation of recreational cannabis in Canada and the passing of the 2018 US Farm Bil—for almost two years.

And while the arrival of COVID-19 certainly hasn’t been kind to cannabis company valuations, the cold hard truth is that most pot stocks were probably going to have a tough time in 2020 regardless of the global investment slump.

If you look at the sector from a historical perspective, the year after a bubble has burst tends to be mildly positive — that’s 2020 — and the oversupply and over-capitalisation is being integrated. The year after is when an industry kicks and the businesses that survive become highly profitable. Now we’re in the fun times when we can figure out who the winners will be.MMJ Group Director, Mike Curtis

However, it seems increasingly likely that 2021 will be a rebound year for the cannabis industry—once the coronavirus pandemic eases and markets begin to rally—but the path to profitability won’t be easy.

We’re going to see a wave of cost-cutting measures, layoffs, and bankruptcies as the invisible hand of the market moves to separate the wheat from the chaff.

The emergence of the coronavirus pandemic may even prove beneficial to some pot stocks—as long as they use this time to scale back non-essential expenses and re-position their commercial strategy—once the market finally begins to bounce back.

Unfortunately, the sector is going to be ruled by a dog eat dog mentality until investor confidence begins to rise again, and it looks like smaller cannabis companies are going to weather the brunt of the storm. As a result, we’ve already seen several cannabis companies file for bankruptcy over the last two months, and it looks like the bloodbath is only just beginning.