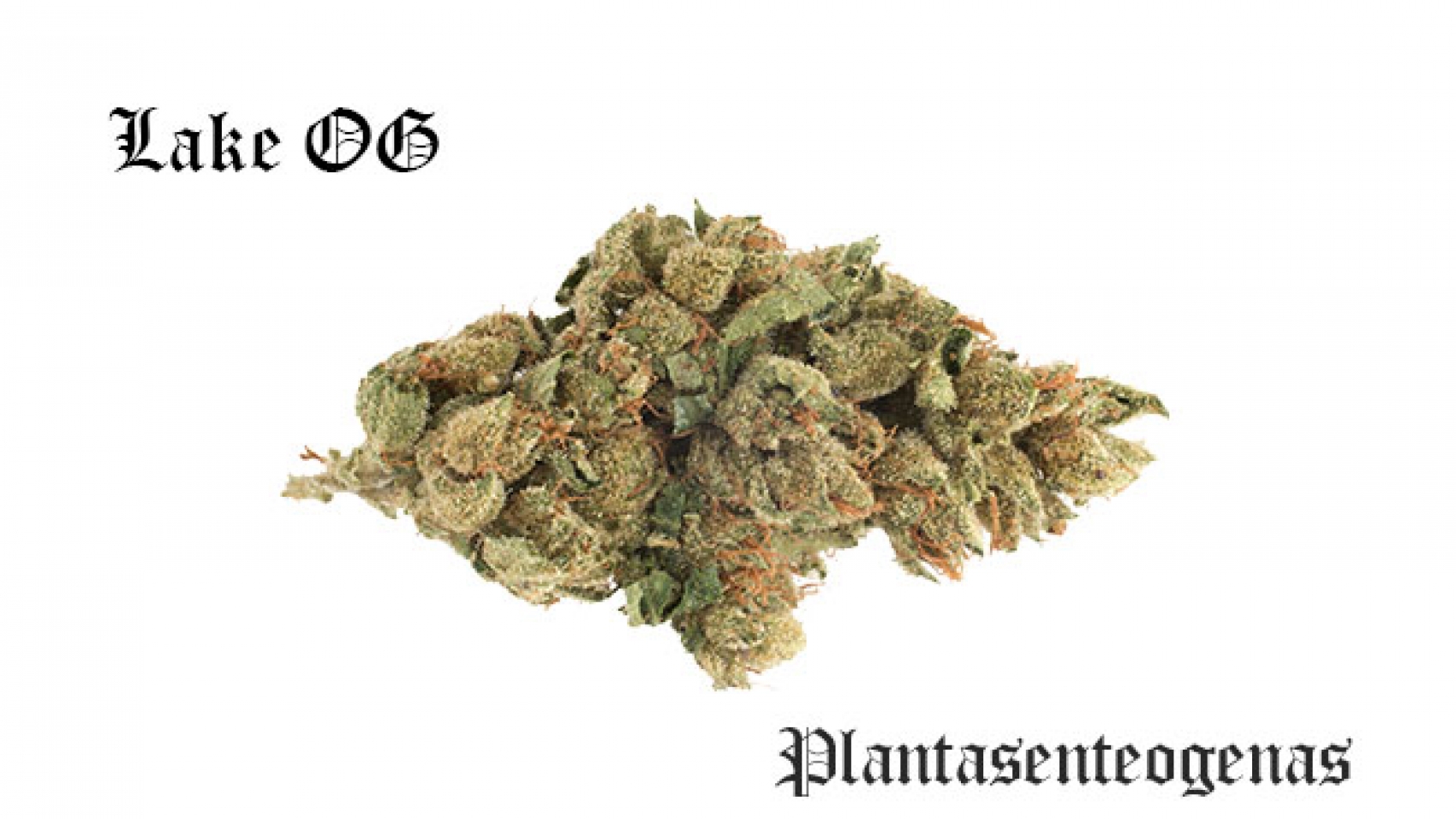 Lake of Fire is a hybrid of Gorilla Glue #4 and Kobain Kush bred by Red Eyed Genetics. The result is a heavily frosted, chocolate, and pine flavored mixture of diesel fumes that produce balanced effects that stimulate the mind while relaxing the body. The influence of Kobain Kush genetics adds vigor and minimizes difficulty in cultivating a spinoff of the award-winning Gorilla Glue #4.

Yields for this phenotype are quite large for a Kush variety which is making it popular among experienced growers all over the world. A robust and vigourous plant with a classic xmas tree like structure. With this strain it is very important to flower for the full 10 weeks as it is in the last week that the flower expands giving off the true Flavour, Density and Potency of these flowers. The buds are large with an unmistakable scent of spices and sweet liquorice, surrounded by musky, woody and minty notes. Producing a strong head high that many may find too strong for daytime. Sample this fine strain; The real deal, that is sometimes on top of Coffeeshop menus in Amsterdam.

Crater Lake is an evenly balanced hybrid (50% sativa/50% indica) strain created through a dank cross of the powerful Super Silver Haze X (Oregon Huckleberry X Blueberry X Oregon Huckleberry) strains. This bud is infamous for its potent stench that can be too much for some. It has a skunky pungent overtone with a tinge of earthy rotting fruit that is slightly peppery. The taste is slightly mellower, with a harsh spicy coffee flavor that has a slight pungency to it upon exhale. Crater Lake buds have lumpy medium-sized spade-shaped nugs with dark amber hairs and a thick covering of long twisty dark leaves. Each nug is completely coated in a frosty thick layer of tiny white crystal trichomes and visible droplets of sweet sticky resin. The Crater Lake high is just as infamous as its flavor – it has a relaxing and euphoric effect that is very well balanced among head and body highs. It starts with an uplifting blissful head high that leaves you clear-headed and focused with a sense of motivation and a slight increase in energy. This is eventually accompanied by a relaxing body buzz that builds slowly, spreading from the neck and back of the head in mellow waves, leaving you completely at ease with a slight sense of laziness. This body buzz will make you incredibly hungry, too, so be sure to have snacks on hand! These effects and its moderately high 15-17% THC level make Crater Lake perfect for treating conditions such as appetite loss, asthma, nausea, and mild to moderate cases of depression.

If you’ve ever been to Crater Lake in Oregon then you understand just how beautiful and serene this part of the country can be. Taking attributes from the landmark itself, this strain of the same name brings you as much joy and relaxation as you’d get from a Pacific NW vacation. Bred by Dynasty Seeds, this bud is an interesting cross between Super Silver Haze and Oregon Huckleberry that’s first been crossed with a Blueberry and Oregon Huckleberry pairing.

Certainly on the more mild side of modern day cannabis, Crater Lake tops out at 17% THC. These nugs are quite lumpy and feature very dark hairs and leaves, but these attributes are contrasted by a bright coating of small crystals and drops of super sticky resin. While newer smokers may be inclined to try this strain, its smells and flavors take a bit of a more seasoned palate. Aromas include skunk and a note of pepper that’s accented by rotting fruit. Her flavor is a bit more subdued but features spicy coffee that may cause you to cough upon exhaling.

Some hybrid strains won’t really exhibit much of a variety in effects, but Crater Lake takes you on a true roller-coaster of a high. Users will start with a burst of energy that fuels their creative juices, and along with the tendency to chat it up with anyone nearby, can make for a great way to get out of your shell. The final hours at work could benefit from this bud as well as an evening party, but be aware of what comes next. As your high continues, you’ll be taken to the depths of relaxation, and as tingles envelop your body, you may become so couch-locked that you fall asleep.

As long as you know what to expect, you can use this strain to its full advantage when dealing with medical conditions. Both depression and stress will be soothed during the beginning stages, allowing joy to shine through and brighten up any dark mood. Pain and inflammation also tend to be served quite well by Crater Lake, and since the strain often imparts a pretty strong case of the munchies, those with appetite problems will reach for her time and time again.

Growing Crater Lake can be a bit of a complicated endeavor, as only clones are available at this time. You may end up with one of three phenotypes, resulting in varying scents and growing patterns. In general, she’s a fairly easy plant to take care of and does well inside or outdoors. Only 8 to 9 weeks of flowering will result in a decently sized harvest.

Residents of Oregon have no doubt fallen in love with Crater Lake, but if you live anywhere else, you may never get a chance to sample this bud. Those who do try it should be mindful of their own tolerance and time their dose accordingly.

One of the best OG’s around.
A selected Tahoe OG pheno­type selected for its Vigour, Yield and Chunkier Buds.

Cannabis Cup 24, Amsterdam. We were lucky enough to sample quite a bit of the actual bag that only judges were able to buy and it was one of the most powerful and flavoursome buds that we had ever smoked.
Later we received from one of the Best Coffeeshops in town 2 seeds from this weed.

After almost 5 years of preservation, we are proud to introduce to you our LAKE OG
A robust plant with a classic xmas tree like structure.
With this strain it is very important to flower for the full 10 weeks as it is in the last week that the true Flavour, Density and Potency of these flowers comes out. The buds are Large with an unmistakable scent of spices and sweet liquorice, surrounded by musky, woody and minty notes. Producing a strong head high that many may find too strong for daytime.
Sample this fine strain that is always on top of Coffeshop menu’s in Amsterdam.

PLEASE NOTE: Some Important things about ONLY this Strain from our list. -This is an exact copy of the actual winner, which means the following: -If you stress the plant by topping/tipping/fimming etc. it may produce a few male flowers which are simple to remove.
So far in testing Topping is the only thing that has produced this result and has only produced 2-3 flowers per plant. This little bit of extra attention in early flowering will pay you back with amazing results,. A real gem, sparkling in your garden!
Great for Outdoor growing in Many climatic conditions. This strain prefer a long hot summer. !