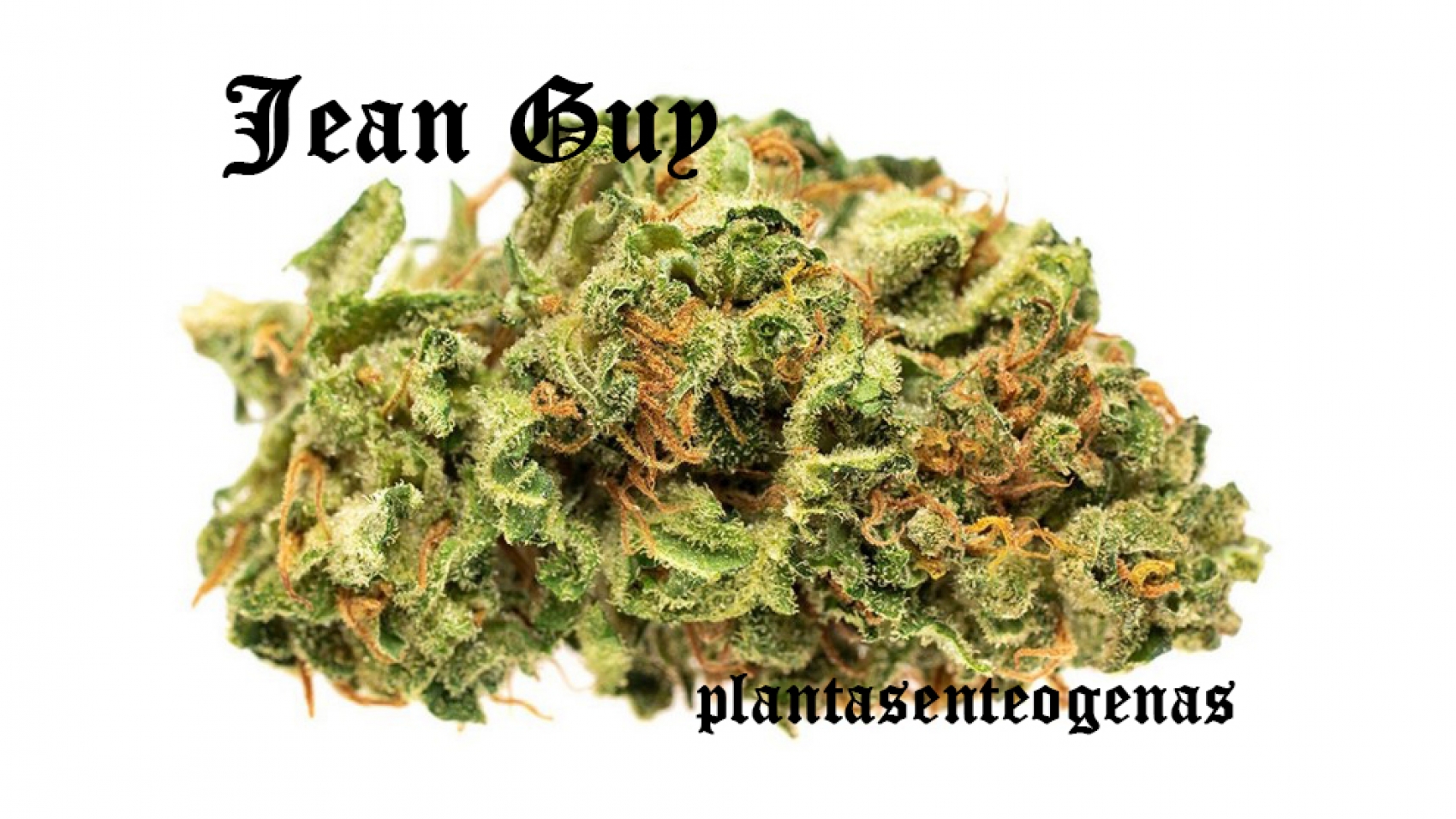 Jean Guy is a beautiful cannabis strain. Its buds are a combination of different hues of green covered with golden crystal trichomes. Add the strands of orange hairs wrapped around it, and these nugs elicit memories of an epic sunset.

Although the breeder House of the Great Gardener did not explicitly state it, the consensus is that it is a phenotype of the notorious White Widow. Even so, there are individuals who think it may be a cross between the phenotype and another stain. Regardless, Jean Guy did inherit many of the traits that made its parent strain a staple in the infamous coffee shops of Amsterdam for almost three decades. Indeed, the longevity is a testament to its broad acceptance by the consumers.

This iconic Canadian strain originated in Montreal, where a plant was dropped off at the Montreal Compassion Centre in the early 2000s, or so the story goes. To pay homage to the strain’s background, the members came up with what they felt was a quintessentially Québécois name: Jean Guy (Jean is pronounced like “Shawn” with a J, and Guy like “ghee”).

What is a Jean Guy?

To help you understand what a cannabis strain is, you can think of it like a breed of dog. While all dogs share similar traits, there are definitely differences among breeds (you wouldn’t confuse a Great Dane with a dachshund, for example). When it comes to different cannabis strains, this means one may have a sweet, lemony aroma, while another may boast a pungent, sour diesel-like scent. These differences have been fine-tuned by cannabis growers over many generations. Growers will choose two plants with desirable traits (for example, a strong diesel scent) and cross (or breed) those plants together, creating an offspring with a stronger expression of those desirable traits. When breeding cannabis plants, growers are often focused on the unique aroma, and taste, and potential THC and CBD content of a strain. And just like no two Great Danes are the same, strains can vary from lot to lot and grower to grower

Compared to other strains, Jean Guy is among the ones deemed as pleasant. It emits a delightful sour lemony odor with a citrusy hint. A subtle scent of fuel makes it reminiscent of typical cleaning agents used in the house. Much of its fragrance carries over to its flavors, making it a delight to use.

Earlier, we mentioned how some people thought that Jean Guy might be a cross between a White Widow phenotype and an unknown strain. One reason for that could be because this hybrid and its parent do not seem to share the same fragrance and flavors.

Jean Guy is probably the most casual strains of all. It is the best friend and the cool guy. It is also perfect for people who want to take a break from reality and be in a zone. A place where they can be alone with their thoughts.

The strain induces an uplifting high that evokes happiness. Furthermore, it also delivers an energizing buzz that motivates users into being productive. Artists and anyone who is into designing and creating will also benefit the free-flowing ideas that come to mind. In essence, Jean Guy boosts the creative thinking.

Used in moderation, most of the users remain clear headed. On occasions when some people may have used too much, then its effects naturally becomes more intense. Hence, it is possible that aside from feeling euphoric, the creative ideas turn to random thoughts that pop in and out. The effect is of Jean Guy is not the same as mental confusion but more like the mind going on a hyper drive as it speeds through one after another idea. Some people may find themselves going into introspection.

In the cannabis world, dryness of mouth and eyes is already common when smoking strains. But with Jean Guy, there are other unwanted effects to watch out for.

For instance, some people may have a mild headache or feel a little dizzy. Often, this is the result of using too much. It could also be because of intolerance or simply being new to using cannabis.

One thing, too, is that a few people may feel paranoid. While rare, it seems to manifest with people who are already having anxiety issues.

Jean Guy is rumored to be a Canadian offspring or phenotype of the Amsterdam classic, White Widow. White Widow is a powerhouse Hybrid known for its thick coat of glistening white crystals. This strain is a 60/40% Sativa strain that has inherited its parent’s propensity to produce THC. The highest tests of this bud have shown up to 25% THC from this bud, making this strain one psychoactive flower.

Recommended for experienced cannabis consumers, this strain provides an energetic high that is perfect a wake ‘n bake session. For novice marijuana consumers or those sensitive to THC, this strain can cause some dizziness, paranoia, and anxiety. Thoughtful and creative, Jean Guy is a strain that allows you to get things done with feelings of ease and pleasure.

Jean Guy’s effects are considered highly euphoric and cerebral. It’s not uncommon to experience some periods of introspection with this earthy, citrus bud.

Jean Guy Medical Use and Benefits

This is one of the more popular strains in the medical marijuana community today, perhaps because it offers potent pain-relief without typical sedative effects.

Like other strains, Jean Guy can contribute to the medical cannabis scene. The potency of the effects it delivers can certainly help with certain conditions. Furthermore, it does have an above average CBD level, which makes it a little bit more useful than many other hybrids.

Jean Guy induces the production of happy endorphins that help reduce stress levels. As a result, it should also help people deal with depression and anxiety.

Besides the psychological and behavioral issues, it can also help with pain relief. Used as such, the strain brings comfort to people who are suffering from chronic illnesses, including people who are battling fibromyalgia, multiple sclerosis, and cancer.

A couple of possible medical benefits are a result of the effects of the strain. One is in the way it energizes the users. Hence, it helps in fighting off the effects of fatigue. Another is that it can help with improving appetite as most of its users tend to feel hungry even before its effects wear off.

Beginners who are looking for their first strain to cultivate may want to pass up on this one. For the plant to thrive and produce an abundant harvest, a certain level of experience is needed. Of course, that is not to say that it is impossible for a novice to grow. Granted that it is resistant to pests and molds, there is still a lot more learning curve with this particular hybrid.

Indoor, this plant has a flowering period that begins on the tenth week. Growers can expect to harvest around 350 grams of buds per square meter.

If growers have the luxury of planting this plant in the garden or the backyard, then it will thrive just as well so as long as it is in a temperate climate. The transition to its flowering stage should occur between the second and third week of October. Each plant is likely to produce at least 350 grams of buds and possibly more.

Jean Guy is a reputable source of relief for fibromyalgia and Multiple Sclerosis and also provides relief from many cancer symptoms. Patients prone to anxiety may want to dose in moderation due to this strains high THC content. This Strain also helps you with headaches and nausea.