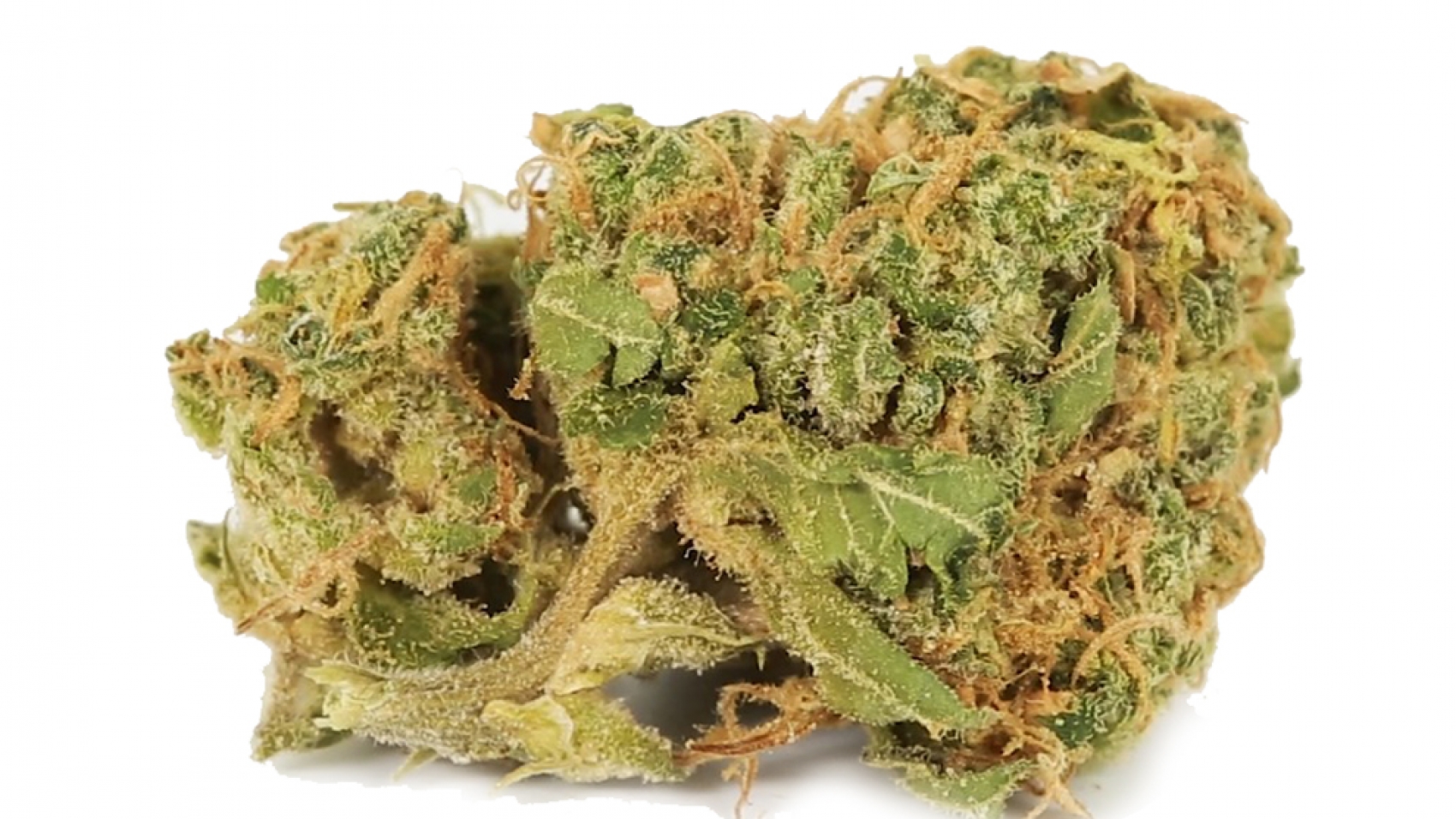 Jack Frost is renowned for its heavily frosted appearance due to its generous coating of trichomes. This evenly balanced hybrid offers cannabis lovers the best of both worlds. This strain is ideal for daytime use due to its long-lasting and potent effects.

When you first witness this heavily-frosted cannabis strain, you can clearly see why it is so named. Glistening and glimmering, Jack Frost’s snowy white trichomes make you feel like you’ve been transported to a magical winter wonderland. And that’s even before you have consumed this potent strain!

What Is the Jack Frost Strain?

Cannabis breeders Goldenseed know the value of perseverance and patience when it comes to producing a top-quality strain. They spent five long years breeding this well-balanced hybrid to achieve the most potent and fragrant strain they possibly could.

In the early stages of development, Goldenseed crossed Jack Herer along with White Widow hybrid and Northern Lights #5 indica. They later introduced the Rainbow Kashmiri strain into the breeding process, and Jack Frost was born.

Many “cannaisseurs” praise this strain’s creators for generating such an out-of-this-world gene profile.

Jack Frost is a rapid onset strain whose effects are particularly long-lasting. A little goes a long way with strain as reportedly its high can last for up to three hours. Due to the potency and enduring nature of Jack Frost’s effects, this strain is best suited to daytime use.

In terms of potency, Jack Frost’s THC content typically ranges between 17-21%. This generous level of THC should satisfy even the most advanced of marijuana consumers.

Jack Frost lovers describe its effects as uplifting and euphoric and say that it makes them feel more sociable, too. Some say that the Jack Frost strain gets their creative juices flowing. Therefore, this strain may be useful for artistic types in search of a little inspiration.

After a few hours, Jack Frost’s indica genetics come more to the fore. The cerebral high begins to dissipate, and a feeling of deep relaxation sets in.

We here at WayofLeaf feel that the extra time Goldenseed put in to improve Jack Frost’s aroma was worth it. Slight skunk undertones are infused with deliciously sweet citrusy scents that are sure to entice and allure terpene lovers everywhere. Jack Frost’s overall sweet fragrance is complemented by subtler woody and earthy aromas, which give it a more balanced aroma.

Sweet and earthy flavors are most prominent on the inhale. When it combusts, Jack Frost produces smoke that is smooth and velvety, so it isn’t at all harsh on the lungs. After exhaling, a noticeable lemony aftertaste lingers long on the tongue.

As we already mentioned, this strain has a very heavily-frosted coating of trichomes, hence its name. The nugs almost resemble Christmas trees in a forest that have just received a fresh dusting of snow. In contrast, vibrant orange pistils stand out prominently against the frosty-white and pale-green plant’s surface.

The good news is that this plant’s growth difficulty is rated as easy. Therefore, novice cannabis cultivators can try their hand at growing Jack Frost. Not only that, but it is also possible to grow this plant both indoors and outdoors.

Indoor growers should opt for an organic soil grow medium for best results. To avoid overwatering the Jack Frost plants, use pots with overflow holes at the base. The indoor flowering period is between nine to ten weeks. In terms of yield, indoor growers can expect a return of approximately 16 ounces per square meter.

For those growing their Jack Frost plants outdoors, this strain thrives in a warm and sunny climate. It is a relatively low maintenance strain to grow outdoors and is ready for harvesting in early October. When grown outside, the Jack Frost strain produces a yield of around 19 ounces per plant.

The highest recorded THC level in a Jack Frost strain sample was a potent 23.11%.

Jack Herer is one of the most popular Sativas available, known for its upbeat and energizing high. White Widow is a powerful, old school Hybrid. Northern Lights is an upbeat yet drowsy Indica.

The result of the mix is a spirited and mellow flower loaded with THC. This herb easily produces up to 23% of the psychoactive, making it an appropriate choice for experienced marijuana consumers. In fact, Goldenseeds, the breeders of Jack Frost, bred this strain over five years to increase potency.

This strain’s high is all smiles. A great choice for marijuana enthusiasts heading to a social gathering, this strain is known to inspire giggle fits and plenty of interesting conversations.

Though happy and uplifting, this Sativa is an afternoon strain. The Northern Lights lineage provides some calm, physical relaxation the experience.

With an evenly balanced sativa to indica ratio, the Jack Frost strain purportedly has many health benefits. Its ability to positively affect mood may make it useful for short-term relief from the symptoms of depression and anxiety.

Medicinal Jack Frost consumers say that they find it useful for de-stressing and relaxation purposes.

Many users of this strain say that it has some analgesic effects too. It may be helpful, therefore, for relieving some painful conditions like arthritis or muscular pain.

The Jack Frost strain may also be moderately useful for people with chronic fatigue due to its stimulating effects.

Possible Side Effects of the Jack Frost Strain

Compared to other potent marijuana strains, Jack Frost has a relatively moderate amount of adverse effects. These side effects are mainly attributable to its above-average THC content. Those who are prone to THC-induced anxiety and paranoia should choose a milder strain.

The most commonly reported side effects associated with the Jack Frost strain are cottonmouth and dry eyes. Both are easily manageable with a little extra preparation and planning. Drinking plenty of water before, during, and after consuming Jack Frost can help to keep you hydrated. Eye drops from your local pharmacy or drugstore can make dry or red eyes a thing of the past.

Some less common side effects include dizziness and headaches. By being careful with the dosage, and not overconsuming, you can lessen the chances of experiencing these adverse reactions.

The Jack Frost strain is a well-balanced blend of sativa and indica genetics. Both recreational and medicinal consumers should enjoy this strain’s potent and long-lasting effects. Jack Frost is most suitable for daytime use, and you should avoid overconsumption to prevent experiencing adverse reactions.

We hope you not only found this Jack Frost strain review to be entertaining but also educational and informative. It is important to remember that the consumption of cannabis is the sole responsibility of the user, and discretion should always be taken.