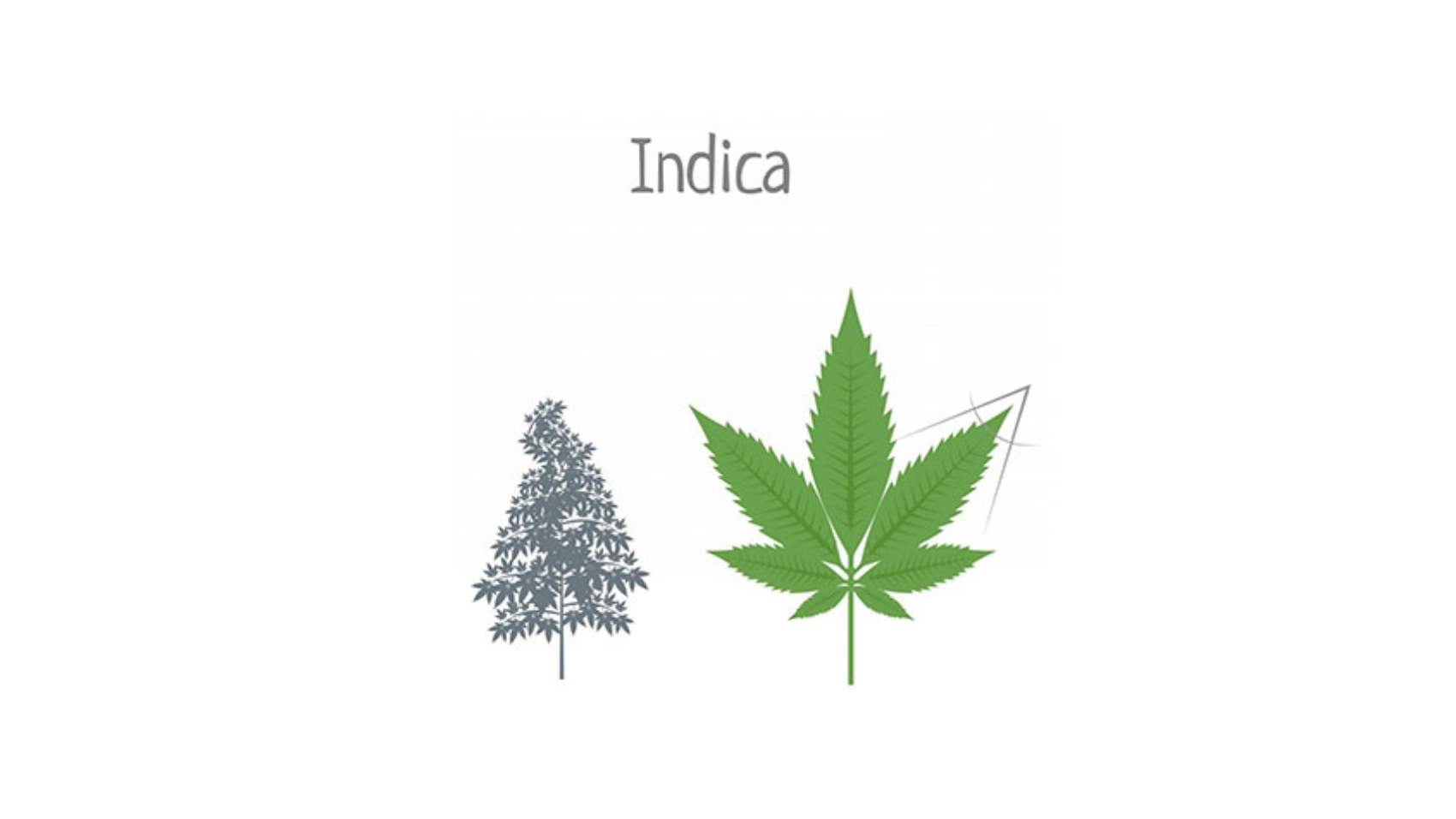 Cannabis has been used for ages. It has been used in religious rituals, medical practices, and simple pleasures. As a plant, it has fallen into two groups – Indica and Sativa. Each has its uses, benefits, and side-effects. And, to capture the best of both groups, farmers and cultivators have bred hybrids over time.

In the cannabis marketplace, both indica and sativa are heavily associated with their perceived effects. The classic indica definition, which it turns out is overly simplistic, is a strain that produces a strong physical high as opposed to a more cerebral high. For most cannabis users, the term indica evokes memories of haziness, couch lock, and deep relaxation.

The industry uses this pop-culture indica definition as a way to market indica and sativa cultivars (strains), and thousands of other cannabis products. But while the effects we typically associate with indica may have originated with the plant, there is no real correlation between the effects and the physical structure of today’s cannabis plants.

The terms indica and sativa are far more useful for cultivators than for consumers. In cultivation, the terms are commonly used to describe the plant’s morphology, or physical characteristics, and its growing cycle.

In the marijuana community, strains are typically organized into three main categories: indica, sativa (e.g: alaskan thunderfuck), and hybrid (e.g: anxiety or fruity pebbles weed). If you’ve ever purchased weed from a dispensary, you might have noticed that every strain on the menu has been assigned to one of these distinct groups. This is because cannabis plants from each category not only share physical and taxonomical properties, but their flowers (also called “buds”) are each said to produce a distinct “type of high.”

While little research supports these distinctions—due to its federally illegal status, relatively little research exists about cannabis in general—these categories are widely accepted in the marijuana community and date back as far as the 18th century.

Cannabis indica as a plant species was first identified by the French naturalist and biologist, Jean-Baptiste Lamarck, in 1785. Lamarck published a description of it based off plant specimens found in India. According to Lamarck, the plant can be distinguished by its short and firm stature and bushy appearance. The indica leaf tends to be wide. Cannabis sativa, on the other hand, tends to be tall and wiry. Cannabis sativa and cannabis indica are the two main subspecies of the cannabis plant, while hybrid simply describes plants that have been crossed by both.

The cannabis indica plant is also known for producing comparatively higher yields, denser buds, and more pungent aromas. Originating from the mountainous regions of Afghanistan, Pakistan, and India, itadapted itself to harsh climates and first-time weather conditions by growing faster, flowering earlier, and producing thick layers of protective resin. Since exposure to colder temperatures can turn a cannabis plant’s flower (or buds) purple, if you come across purple looking weed, there’s a good chance it’s an indica strain.

Potential side effects and risks

Although cannabis use is often associated with potential benefits, it can also produce unwanted side effects.

Most of these effects are associated with THC, not CBD or other cannabinoids. However, any cannabis product can produce side effects.

The method of use may increase your risk for side effects, too.

For example, smoking or vaping cannabis can irritate your lungs and airways. This may lead to coughing and respiratory problems.

Oral cannabis preparations, such as gummies or cookies, are less likely to affect your overall respiratory health.

However, the effects are felt more slowly and typically aren’t as strong.

Indica strains, on the other hand, are usually associated with closer ratio of THC to CBD levels.

CBD is often considered the primary cannabinoid of interest to those studying the medicinal qualities of cannabis. A full list of all of the conditions it’s used to treat could stretch for days, but in general, you can expect the following from a CBD dominant strain:

So, an Indica strain which is balanced in THC/CBD produces some serious medicinal effects. If the THC level is lower as well, you’ll find that the strain has fewer side effects like dry mouth and becoming intoxicated.

The Secret to Getting the Right Medication

There’s still an easy way to find the right medical marijuana strain for your symptoms. You’ll just have to dig a bit deeper.

The key is to understand the balancing of THC and CBD levels. Both are useful medicinally but relieve different symptoms.

CBD is used medicinally more than THC. It lacks any psychoactivity on it’s own and relieves a much wider variety of symptoms.

High THC levels, on the other hand, can cause more side effects and the compound is intoxicating on its own.

As a medical patient, you’re most likely looking for a strain which will alleviate your symptoms while minimizing intoxication and other side effects. For most people, a CBD-dominant strain is the right way to go medicinally but if you’re dealing primarily with nausea or depression a THC-dominant strain is a good choice.

Some other conditions, like glaucoma, also indicate that a THC-dominant strain of bud is going to be your new best friend.

Terpene content also plays an important role in the final effects of the strain in question. Indeed, they seem to be responsible for the strong divide between energetic strains and sedating ones.

Unfortunately, terpenes aren’t quite as well studied as THC and CBD. While there are strides being made in that area, science simply hasn’t been able to pigeonhole all of them yet.

To make it simple: use a strain which is dominant in the cannabinoid you need medicinally.

To really get great relief you may need to go through a few strains which have a close CBD: THC ratio to discover which is subjectively the most effective for you.

There are many health benefits of cannabis indica. Indica strains contain a more equal ratio of THC to CBD, which is known for its medicinal properties. CBD can be used to treat a number of medical conditions including:

While Sativa plants typically produce more of a euphoric, uplifting high, Indica strains of cannabis are known for providing significant pain relief and muscle relaxation coupled with heavy sedative effects — similar to general analgesics. This is because Indica landraces typically have higher cannabidiol (CBD) levels than sativa strains. As such, you can expect to feel the effects more heavily concentrated in your body and legs when medicating with Indica dominant strains. People often refer to this feeling as being ‘stoned,’ as opposed to the head-intense ‘high’ people get from medicating with Sativa strains.

Because of the higher levels of CBD, Indica strains are ideal for patients looking to treat symptoms such as chronic pain, muscle spasms, anxiety, nausea, appetite stimulation, and sleep deprivation, to name a few.

Other individuals who suffer from diseases such as multiple sclerosis, fibromyalgia, lupus, sleep apnea and insomnia also tend to benefit immensely from the effects. Cancer patients especially benefit from the pain & nausea relief from medicating with indica after chemotherapy treatments.

Unfortunately most commercially available indica strains have been selected and bred for their high levels of THC for the past 20-30 years. This has resulted in CBD being nearly bred completely out of the plant — most strains contain less than 1% CBD. However, this trend is being reversed by many growers who are now focusing on CBD-rich strains for their medicinal benefits rather than seeking a high from sticky THC-covered strains.

Now, medical marijuana strains like Harlequin, Sour Tsunami, Cannatonic, and Ghost Rider have been lab tested several times at levels as high as 18% CBD with equal or lower percentages of THC.

Due to indica’s relaxing whole-body experience, it works well for body pain, sleeping disorders and general anxiety. Some more benefits include:

For these reasons, medical weed patients often take their indica treatment before they go to bed at night so they are able to get a good night’s sleep without any interruptions. Other folks use indica strains to manage stressful times in their life and deal with chronic pain. While sativa strains may help individuals suffering from fatigue, mood imbalances and depression, indicas help people who are anxious and stressed.

The more pure the indica strain, the more pronounced the above effects are. Today, you’ll find many hybrid strains that are crossbred at dispensaries and have characteristics of both sativas and indicas. Hybrids can be a blend of both or they can take after either parent plant, which is referred to as sativa- dominant or indica-dominant.

Best Times to Use Cannabis Indica

Cannabis indica offers a body high or “couch lock” effect ideal for night use when you’re ready to wind down and simply sit in your own head. It causes great relaxation at higher amounts for patients looking to stay sedentary. It’s a perfect type of strain for those wanting to unwind from a long, busy day or week.

Side Effects of Cannabis Indica

With their heavy, sedating effects, indica weed strains make you feel more stoned than high. Because it causes sedation, indica strains should not be used to give yourself energy or become alert. The strain is created to tackle pain.

But it does have some depressive qualifies to it and can dampen your motivation. If you’re struggling with depression or low mood, you may want to reconsider this strain or at least talk with the budtender first to see which indica strain is okay to take and won’t affect your depression.