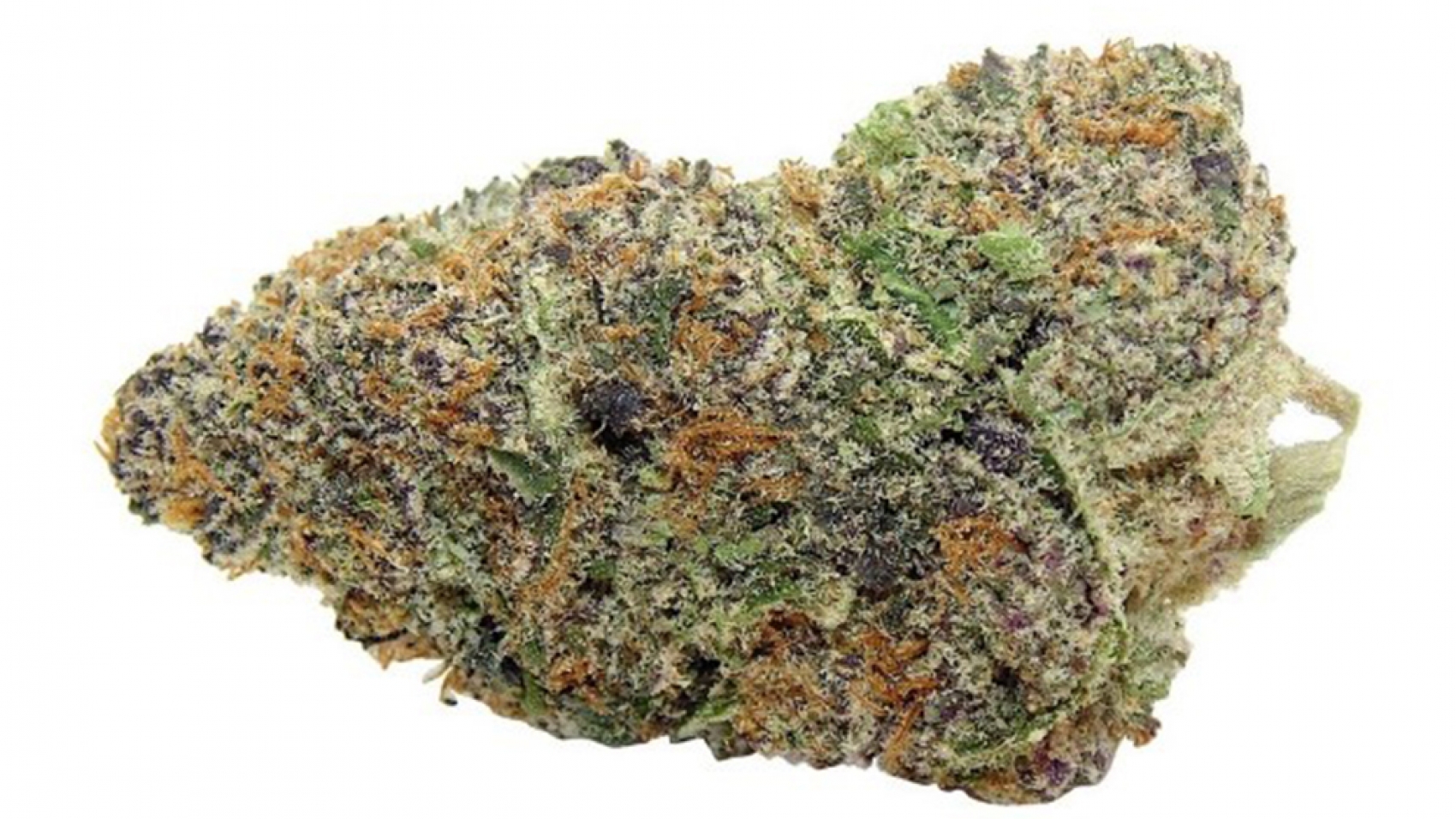 Eating Ice Cream is fun, and for some, a means to feel cheerful or relax. The marijuana strain is not any different as it has a great scent and taste, and it can make people feel happy. But overindulging may not be a good idea because of its above average THC content.

There are many types of ice creams, and they come in countless flavors. But when it comes to Ice Cream strain, we do not know its exact genetic lineage. Bred by Paradise Seeds, they have opted to keep its origin classified.

According to the breeder, Ice Cream is 60% Indica, but it delivers an equal head and body buzz. Besides its excellent effects, the plant has done well too. For instance, it has won the Bio Category of the Amsterdam Highlife Cannabis Cup. Once in 2008, and then in 2009.

What is the Ice Cream Strain?

Ice Cream strain was pioneered by Paradise Seeds and is a strain that boasts a heavy-indica background. It’s popular amongst both growers and users and boasts about a 60% indica and 40% sativa split. It’s a potent strain and its parentage is a mystery, though some speculate that it’s a mix between LA Kush and Chemdog – but this is unlikely.

As we alluded to, Ice Cream comes with a fantastic scent – one that captivates users in no time at all. It is not the same a blueberry which invokes thoughts of candies, but the creamy smell does remind one of irresistible ice creams. Best of all, it does smell like vanilla too, and as everyone knows, this makes for a great base for any flavor.

The Ice Cream weed is well known for its frosty, white and copious trichomes, which is reminiscent of freshly fallen snow. Its densely packed buds are also laced with reddish, orange and yellow hairs and it boasts lateral stems with large, deeply verdant fan-like leaves.

The Ice Cream strain has a smooth, creamy, delicious vanilla taste on the inhale. Upon the exhale, there are hints of deep, earthy pine and wealth of candied, sugary notes. Ice cream also possesses a slightly tangy, skunky taste, but overall many find its flavor to be sweet, full-bodied and pleasant.

As soon as one gets ahold of Ice Cream strain, it starts delivering its effects even before lighting it up. No, it’s not because it comes with an out-of-this-world never-before-seen THC content. Instead, it’s amazing scent brings back sweet memories of licking delicious ice creams.

Continuing, Ice Cream starts with a gentle buzz that uplifts the mood of users. Soon enough, they also start feeling happy. At this point, the mellow mental high remains pretty constant. In other words, it does not intensify further causing euphoria or psychedelic experiences.

For many people using Ice Cream, they tend to talk a little too much and may even giggle or laugh at anything. As such, we can say that this strain is perfect for social circles and parties.

But up to this point, that is only the smaller Sativa side of Ice Cream working its magic. Of course, it would not take long before its Indica side wields its influence.

Following the gentle head high, users will also feel their muscles relaxing. Like the onset of its Sativa effects, Ice Cream does not come charging in out of control. Instead, it has a gentle buzz that blends in nicely with its mental high. The general body relaxation should now enhance the happiness users already feel. Best of all, it does not cause one to stay locked on the couch unless overindulging.

Indeed, feeling happy and relaxed are the reasons that make Ice Cream strain one of the top choices for recreational marijuana users.

Paradise Seeds did not only create Ice Cream to deliver the effects it gives to users. They also designed it to be cultivated indoor. It will thrive in an open environment, but it will not have a much greater yield than when grown indoor, though.

So, the best way to grow this plant is to use hydroponics and combine it with the Sea of Green technique.

Ice Cream strain seeds are often rated as grade A+ amongst cultivators and users alike. This strain grows very well indoors, and many growers using the SOG method attest to their high yields. Ice Cream is known as the “Ferrari” of strains due to its fast-growing properties. Ice Cream weed has a growing period of about 55 to 60 days (8-9 weeks) and cannabis lovers state that they’ve seen yields of more than 500g/m2.

Getting the most out of this strain requires cultivators to pay close attention to the overall heat and humidity levels. This strain thrives best in warm, dry environments and won’t grow as well in cooler climates. This strain can be a great option for those who may be growing indoors and are tight on space. This strain has leaves that aren’t overly tall. Its branches tend to be flexible and allows growers to use tying down or other bending techniques.

Aside from its temperature preferences, the Ice Cream strain is moderately easy to grow and even responds well to high-stress techniques such as topping. A sign that this strain has fully matured includes the appearance of its characteristic frosty white trichomes.

In as early as eight weeks, Ice Cream may reach full maturity, and each square meter can have a yield of 18 ounces.

Ice Cream, grown in a warm climate, should be ready during the first to the second week of October. Each plant, in turn, would have a yield of around 18 ounces.

Ice Cream cannabis has been found to have as much as 22% THC.

A marijuana strain that makes a person feel happy, as well as inducing complete body relaxation offers more than one medical benefits.

One of the great things about the Indica effects of Ice Cream is that it does not cause a numbing body buzz. While this is ideal for those who do not want to use a strain that can cause couch-lock, it also means that it is not the best when it comes to dealing with pain. Still, many users do report that it helps with minor pains and aches.

Those who partake in Ice Cream often report a reduction in stress levels. The strain is said to be an option for those who seek relief from anxiety and depression, as well as disorders such as PTSD. It is also reportedly an alternative to traditional analgesics. Users state that it mitigates many types of bodily aches and pains, including migraines and muscle aches.

Ice cream induces feelings of euphoria and happiness, as well as relaxation. Users indicate that ice cream gives them a feeling of a smooth, let down after a heady, cerebral rush. Ice cream tokers often state that they can feel ‘couch-lock’ after a session as well as an increase in appetite. Others credit Ice Cream strain with a feeling of intense creativity and focus.

Possible Side Effects of the Ice Cream Strain

Ice cream is a very potent strain and for newbies, this could be a bit overwhelming. With such a high THC content, some users have reported adverse reactions, including dry mouth, paranoia, dry eyes, and dizziness. Users can mitigate some of these effects by proper hydration and dosing in small quantities before increasing.

Ice Cream is an indica-dominant strain that stands up to its given name. With hints of sweet, creamy vanilla, this strain is popular among many growers and users. Its parentage is an enigma, and this quite possibly only adds to its unique and distinctive mystique and allure.

It boasts a 60% indica and 40% sativa composition, stats that give it an indica dominance while also lending some of sativa’s greatest assets. Tokers enjoy its cerebral boosting properties and its ability to induce a state of relaxation. It is also credited with reducing pain in muscles, helping to alleviate anxiety and stress.

Ice Cream is colorful in appearance with eye-catching streaks of red, orange and yellow. It features dense buds, along with copious amounts of trichomes. Its flavor is extremely pleasant, with notes of creamy vanilla, pine, and candy with a tang of skunky undertone. Its aroma is also considered agreeable with vanilla, mixed with hints of pine with only a touch of skunk.

It is a great strain for anyone that is tolerant of THC. Those with sensitivities to this compound should only take this in small doses as this strain can have THC contents of up to 22%.  As it may cause intense feelings of muscle relaxation and euphoria, it can be a good strain for spending the night in with friends or a quiet evening at home.