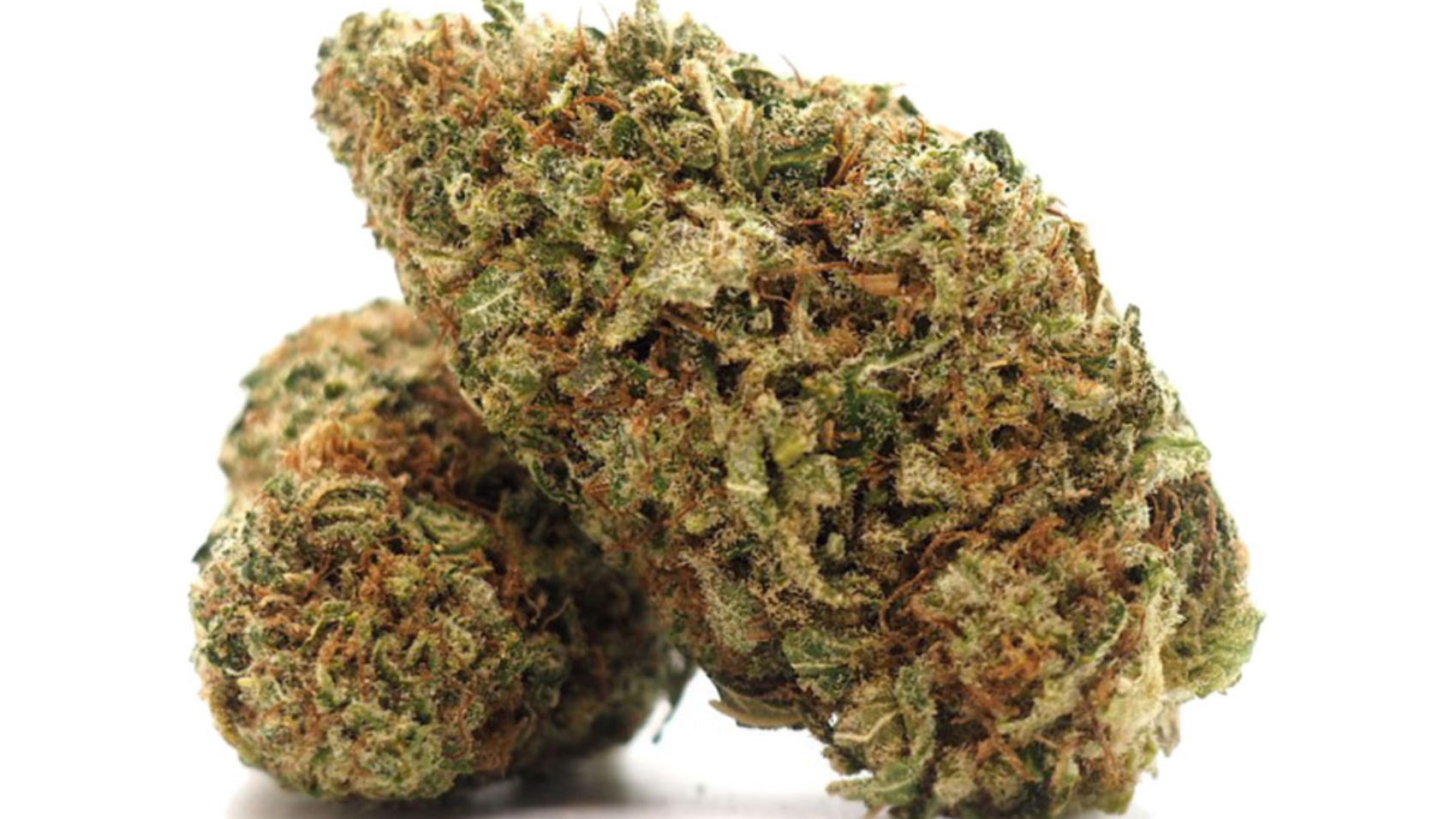 is a potent strain that consists of a fragrant flower that is covered in crystals with distinctly orange hairs. This strain is heavy-handed and recommended to more experienced users, but is also widely touted as being a perfect medical cannabis choice.

White Shark is a strong sativa-dominant strain that is also a recommended medical strain, with a multitude of abilities. This strain was created by crossing Super Skunk with a South American and South Indian sativa, thus resulting in a vibrant and intoxicatingly uplifting blend.

This strain is best grown indoors but can be cultivated outdoors, yielding even higher harvest, when pulled off correctly. This strain is also known as Peacemaker, and is so sweet and enjoyable that it consequently took home the renowned High Times Cannabis Cup in 1997.

White Shark weed is a strongly sativa-dominant hybrid and is a cross of a South Indian Sativa, a South American Sativa, and Super Skunk. The strain is also known as Peacemaker or White Shark, and was a big hit in the 1990s. It reached its peak in 1997 when it won the High Times Cannabis Cup.

As the new century dawned, Great White Shark was almost an endangered form of cannabis as fresh new strains hit the marketplace. Fortunately, it is making a comeback and has become a big hit in Colorado.

White Shark is a deliciously pungent strain that is a favorite among sativa-lovers everywhere. This strain is consistently strong, and kicks in with a bit of a punch, so it is mostly recommended to more experienced smokers. This sativa will make you feel happy and joyous, and in a lifted mood for the rest of the day.

This strain can uplift you, even in the most stressful situations. Great White Shark is known for encouraging creativity, making it a popular choice among artists who are looking to spend some time reeling in their ideas and conjuring up new inspirations.

Great White Shark also has the ability to make you feel relaxed, and calmed, which is perfect for those moments when you need a little boost to unwind your nerves. This strain will provide you an enjoyable burst of euphoria, turning any frowns in its path upside down, and guaranteeing you a much better mood.

Side Effects of Great White Shark

Once again, don’t let the moderate THC content fool you. Great White Shark is a beast and can cause side effects such as dry mouth, dry and itchy eyes, and you will feel extremely thirsty. If you are not used to the effects of a potent marijuana strain, there is a decent chance you will experience dizziness.

If you are predisposed to paranoid thoughts, it is possible that this strain will exacerbate them. Novices, in particular, are susceptible to feelings of anxiety.

Great White Shark is easily one of the most fragrant strains you might encounter. This strain has a strong pungent aroma to it that is speckled with hints of fruity and skunk, thanks to its heritage. It has a strong citrus note to it that will make your mouth water.

This strain tastes even better than it smells. Great White Shark is extremely skunky due to its lineage, and its flavors are heavily influenced by a strong presence of citrus. This sativa tastes sweet on the inhale and will leave a sticky and pungent aftertaste on your tongue on the exhale.

Great White Shark is a stronger variant, which is why you should be prepared for some side effects when consuming it. This smoke will leave your mouth feeling dry, and will come with an all-round feeling of being parched, with your eyes often feeling dry and itchy.

This strain can in some cases make you feel dizzy too, which is often attributed to when it is smoked in larger quantities. Great White Shark may leave you feeling slightly paranoid, a side effect that can result in the general feeling of anxiety, especially for novice consumers.

Although you can get strains of Great White Shark with just 12% THC, we have heard that it has tested as high as 21%.

In general, the CBD content of this strain is below 0.2%. As a result, the THC to CBD ratio is likely to exceed 60:1.

Great White Shark, also known simply as White Shark or Peacemaker, is often used in the medical cannabis community. This strain has the ability to de-stress those who suffer from chronic conditions, by allowing them to think more positively and consequently stop worrying about the future.

This strain is also a powerful strain in terms of managing chronic pain. Great White Shark can help patients find much-needed relief for aches such as muscle spasms, arthritis and migraines. It is soothing while being uplifting, allowing for it to be used as a daytime strain.

Great White Shark may help patients who suffer from various chronic mental health conditions, such as depression and anxiety, allowing them to feel uplifted and positive. Because this sativa is very energizing, it may also serve as a way to overcome chronic fatigue.

Great White Shark is best cultivated indoors, but can also be cared for outdoors, growing into a short to medium sized plant. This strain loves its nutrients so be sure to pay close attention that this plant gets the vitamins it seeks.

This strain needs a special mention as it’s one of the most popular varieties to have been developed in Amsterdam. This strain comes from the infamous White Widow and Super Skunk. It won the High Times Cannabis Cup in 1997, which established its presence in the mainstream cannabis culture. This variety induces a strong body effect that lasts for a long time.

Great White Shark needs to be harvested during October when grown outdoors. The growth pattern and physical structure of the plants appear quite short and bushy. The buds are compact, and the total yields amount to around 1000 grams per plant. The SOG and ScrOG growing techniques are recommended when growing this legendary strain — if you want to get them most out of it.

Great White Shark grown outdoors can yield a whopping average of about 35 ounces per plant. This strain should be ready for a harvest around early to the middle of October.

Have you ever smoked or grown your own Great White Shark? Please let me know what you think about this marijuana strain in the comments below.

Great White Shark is a fairly easy strain to grow because it is relatively resistant to common molds and mildew. Moreover, its yield is among the highest you are likely to find.