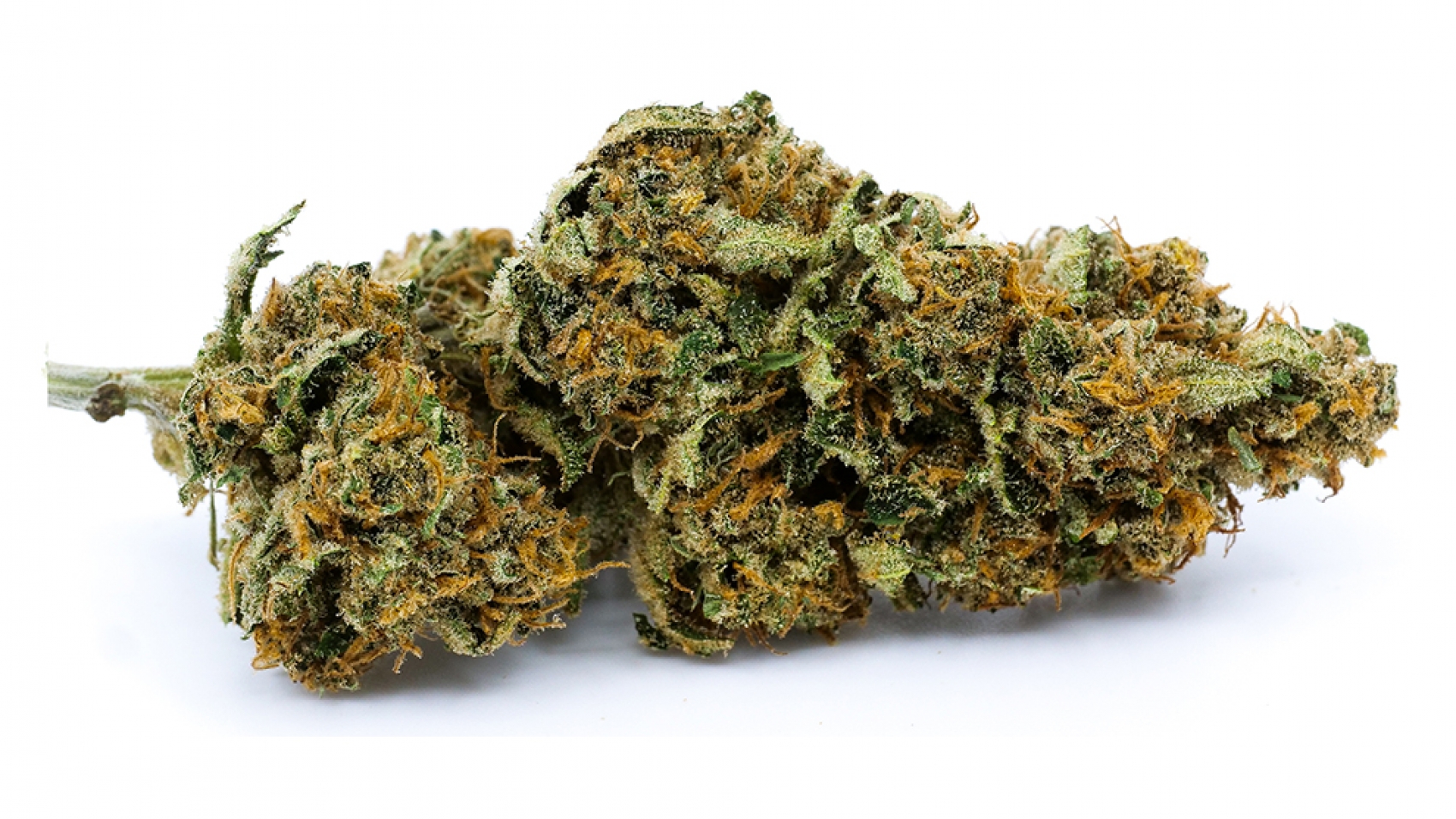 Like the sharks in the wild which have roamed the sea for eternity, this strain has been around since the 90s. In fact, it is one of the highly-regarded strains that has made a name for itself. Great White Shock is a multi-awarded cannabis hybrid and a past winner of the High Times Cannabis Cup.

While it is Indica-dominant, its Sativa effects blend in well thanks to the Sativa influences of its parents. Shark Shock, as implied by its name, delivers a sweeping cerebral high almost instantaneously. Slowly, the dominant Indica side starts to weave its magic on the body leaving one in a state of euphoric calm

Regardless of its name, it traces its lineage to White Widow and Skunk No. 1, both of which are quite well-known in the marijuana community. Not to be outdone, Shark Shock, itself, also received several accolades.

Despite its popularity, getting ahold of Shark Shock has proven to be elusive to this day. Even in countries and states where marijuana is legal, the sale of this hybrid remains to be a rare occurrence.

About the only shocking feature of the strain has to be the fast onset of its effects. Great White Shock starts with an intense mental high that immediately changes one’s mood. As a result, smokers feel lighter and have a sense of happiness creeping in. For some people, the intense cerebral high turns one euphoric. For that reason, this strain is a great party cannabis.

But there’s more to the strain than the cerebral high. Great White Shock is an Indica-dominant strain, after all. At the peak of the mental high, the physical body high starts to creep in. Before even realizing it, smokers find themselves enveloped by a calming feeling making them feel relaxed. Despite its potency, users are not likely to feel lethargic or stay locked on the couch.

With Skunk No. 1, as one of its parent, expect Shark Shock to have the same dank odor blended with the pleasant sweet smell of citrus. After curing, a skunky smell becomes more pronounced.

Describing the taste of Shark Shock is not easy. It has pungent flavors of sweet citrus fruits with an herbal or earthy aftertaste. Generally, though, most cannabis users will find the strain palatable.

It is almost guaranteed that anyone using this weed would experience dry mouth and eyes. As such, it would be a great to drink lots of water before and during the use of this cannabis. Other than that, the intensity of the onset of its cerebral high is also known to cause some people to feel dizzy.

In rare instances, people who are susceptible to anxiety issues may find themselves becoming more anxious. As such, it is best to use the strain in moderation.

It has also been reported to cause a mild headache. In this case, drinking lots of water may help avoid this concern.

Shark Shock is a great weed to use for recreational purposes. In fact, its reputation as one of the best hybrids ever precedes the strain. Even so, it offers huge medicinal benefits for those who are seeking relief from chronic pains. As it turns out, one of the most striking features of this hybrid is its anti-inflammation property, which helps in reducing symptoms of muscle spasms.

Besides dealing and managing pain, Shark Shock is also known to aid in reducing levels of stress. A real shark could no doubt raise the stress levels of anyone, but this hybrid reduces it and as a result, helps in managing depression.

Using Shark Shock could also leave one feeling sleepy as its effects start to wane. For that reason, it can be used at the end of the day before one gets to bed. Insomniacs and anyone else who need a good night rest should find this hybrid useful.

Great White Shock grows well inside and outdoors and is a perfect beginner’s cultivar. It flowers in about seven weeks and is ready for harvest in September to early October in the northern hemisphere or March to early April in the southern hemisphere. The colas grow tall and long with dark-to-light green colors, red pistils, and a coating of glistening trichomes. The cultivar produces quite high yields when properly cultivated.

Shark Shock, if seeds are available, can be cultivated rather easily. It thrives well outdoor and one report suggests that it could grow up to 8 feet tall.

Better than growing this plant outdoor is to grow indoor using soil as a medium. But to cut down the flowering time, hydroponics combined with Sea of Green (SOG) method should result in an explosive growth. Here is where another shocker comes in. Upon harvest, Shark Shock gives an above average yield.

In a little as 7 weeks, provided the plant is taken care of, Shark Shock could give between 17 to 21 ounces per square meter. Not that it requires tedious work, but keeping it under 4 feet should make it manageable indoor.

Not much info is available, but from reliable sources, growers can expect around 16 to 18 ounces per plant during harvest on the last week of September towards the second week of October.

Have you ever smoked or grown your own Shark Shock? Please let me know what you think about this marijuana strain in the comments below.