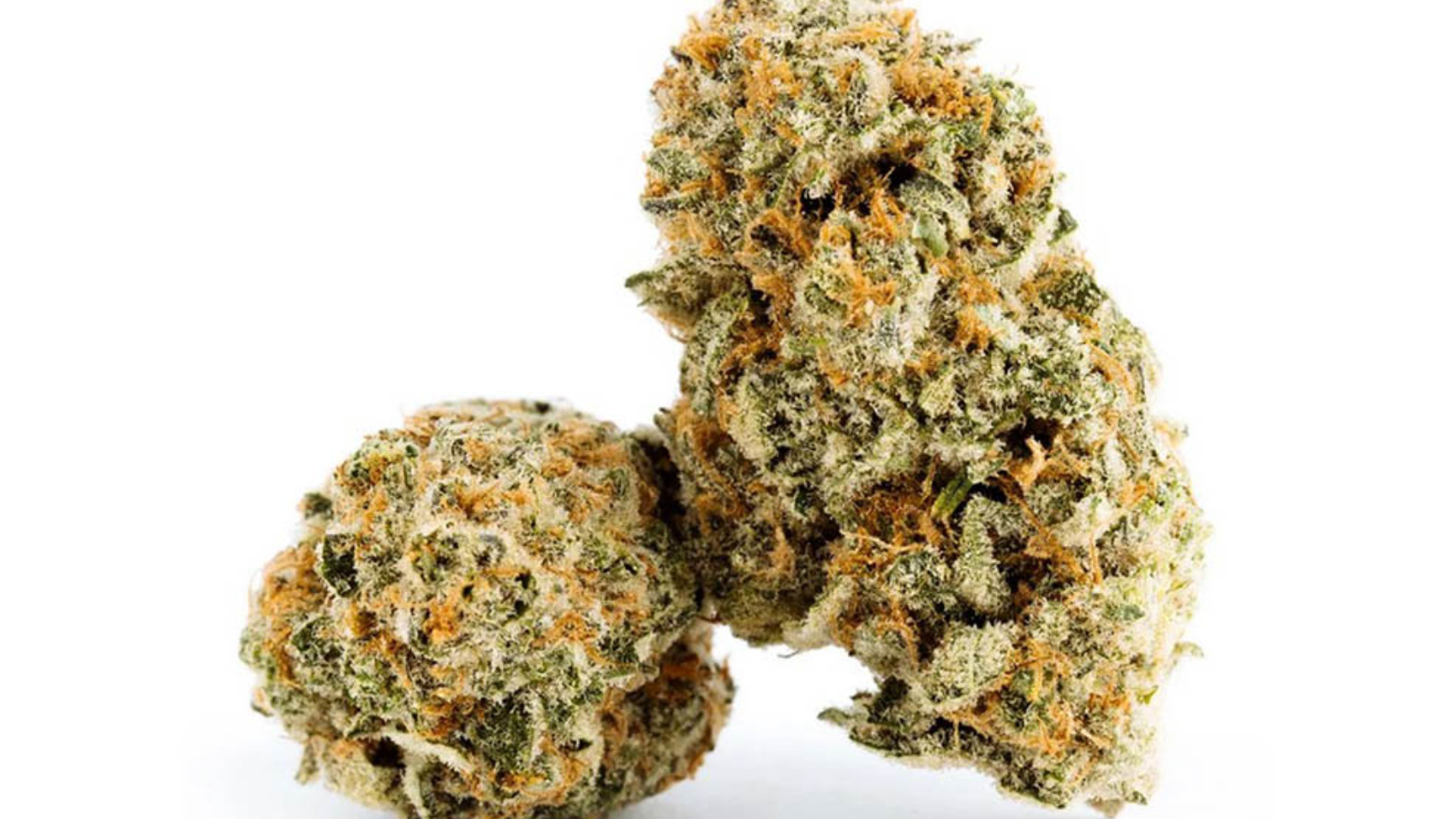 Winning the golden ticket to Charlie’s Chocolate Factory is, for the most part, unlikely. Luckily, a strain of the same name brings the same joy the fictional place brought to many of its constituents.

Golden Ticket is a perfectly split hybrid developed by Archive Seed Bank using two legendary strains. First is Face Off OG, a bud with heavy hitting body effects worthy of melting the face off. Golden Goat was later added to enhance its terpene profile as well as intensify its cerebral effects.

One should note, however, that there is another version of Golden Ticket which is a variant of the famous Chernobyl strain from TGA Seeds. It has an entirely different set of effects, flavors, and medical benefits. For this reason, users must be wary of possibly confusing the other.

In Willy Wonka & the Chocolate Factory, there are five ‘golden tickets’ which allow each holder a once in a lifetime opportunity to tour the famously secret Willy Wonka’s chocolate factory. A young boy from a poor family, Charlie Bucket, finds one of the tickets and, along with his Grandpa Joe, enters the factory.

In the charming yet surreal tale, Charlie ultimately proves his morality and is rewarded by Willy Wonka, who gives him ownership of the factory. In Canada, Canopy Growth Corporation, once known as Tweed Marijuana, had a golden ticket draw of their own. The winners got to tour their factory!

While the Golden Ticket strain may not make all your dreams come true, it could help significantly alleviate stress and improve your mood.

What is the Golden Ticket Strain?

Golden Ticket weed is a balanced hybrid. It was created by Archive Seed Bank, who combined the terpene-heavy Golden Goat with a hard-hitting strain called Face Off OG. We should warn you that there is a second version of Golden Ticket. It was created by TGA Seeds and is a variant of Chernobyl marijuana. This review refers to the Archive version.

Golden Ticket is undoubtedly among the most potent strains in the cannabis industry. Its THC levels range anywhere from 16% to 25%. However, it does not overwhelm users at the first puff. Instead, it creeps in 30 minutes after the first two to three puffs.

During the initial onset, users experience a subtle euphoric rush that intensifies after each puff. It washes away negativity and pumps users up for a productive day ahead by uplifting the mood. However, the mental clarity also inspires a surge of creativity as thoughts flow and form freely in the mind.

After about an hour or two, a light pressure travels from the temples down to the rest of the body. It relaxes each muscle until users feel totally calm. However, keeping it from totally locking enthusiasts to the couch is the initial mental effects.

Because of its great wake and bake qualities, Golden Ticket may be enjoyed during the morning or on busy afternoons.

One of Golden Ticket’s main selling points is its fragrance. It is sweet and tangy, reminiscent of ripe lemons and limes. Balancing its fruity scent is an earthy aroma that intensifies once the buds are crushed or combusted.

Golden Ticket tastes as good as it smells. Drawn in, it bursts in the palate with flavors of sweet lemons and lime. Enhancing it are sour undertones of skunk. On the exhale, it leaves a citric and earthy aftertaste that lingers in the mouth even after the last puff.

Moderation and pacing must always be practiced when using a potent strain like the Golden Ticket. Otherwise, it will trigger anxiety. It is sometimes accompanied by mild dizziness and a headache. However, this is a rare occurrence.

An unavoidable reaction to marijuana is dehydration, which manifests as dryness in the eyes and the mouth. The dry spell is usually mild and often goes away on its own after a few hours. Still, those who experience discomfort may down a few glasses of water for rehydration.

Golden Ticket has an impressive set of health benefits. It is mentally uplifting and, through its mood-enhancing effects, provides comfort to people with depression. In a similar manner, it relieves stress.

One of the best times to use Golden Ticket is right before a meal. This is because it encourages a hearty appetite as it soothes each muscle in the stomach. At the same time, it also reinvigorates the body while soothing pain with its analgesic properties.

One of the most noticeable things about this balanced hybrid is that it truly brings out the very best traits of indicas and sativas. Once you have Golden Ticket seeds, you have the option to grow indoors or outdoors. It is a fairly tall plant, so if you elect to grow it inside, we recommend topping it at least once to control the height.

It responds well to growing techniques such as the Screen of Green (SCROG) and the Sea of Green (SOG) methods. Although Golden Ticket grows tall, it is also sturdier than you might expect and has a strong resistance to cold temperatures and high levels of relative humidity (RH). It has thick branches and stalks that enable it to withstand strong winds and other inclement conditions when grown outside.

Outdoor growers can expect to find a yield of around 14 ounces per plant, and it should be ready for harvest by the middle of October. Although it is a robust plant, an increasing number of growers are opting to cultivate Golden Ticket indoors for added protection against pests.

Indoor growing also has the advantage of allowing you to retain control of humidity, temperature, and lighting. Although Golden Ticket grows well using a hydroponic system, experienced growers claim that the weed tastes better when grown in soil. At present, you will find Golden Ticket seeds in ‘regular’ form, which means approximately half of them will produce male plants.

There is an array of pre-germination techniques you can use to increase the chances of a female plant growing. You should also use low-stress training (LST) techniques to prevent your Golden Ticket plants from becoming hermies. No matter how hard you try, however, there will be male plants in your cannabis garden. Learn how to identify them early and separate them from the females as soon as possible to prevent cross-pollination.

The most CBD you are likely to find in Golden Ticket weed is around 1%.

What Can I Expect When I Use Golden Ticket Weed?

One of the big dangers for newcomers when using this strain is the length of time it takes to start working. You could finish a full joint and wonder why the heck you are not stoned yet. It is best if you hold off on sparking another blunt, though, because Golden Ticket’s effects often take around half an hour to become apparent.

The high begins with a euphoric cerebral rush that gets more powerful if you use more weed. If you are in a foul mood, you may find that Golden Ticket makes you feel uplifted and positive. Some users also report feeling more creative as their mind becomes clearer. After 1-2 hours, you might feel pressure moving from the head to the rest of the body. Every muscle begins to relax, and you feel calm and mellow, but it won’t cause couch lock.

It is known as an excellent Wake and Bake option; although most users prefer to light up before lunch to get them through the dreaded afternoon slump. You could also use Golden Ticket before attending a social event because it makes you feel more outgoing and comfortable around people.

As it is such a potent strain, users must exercise caution when using it. Excessive usage could trigger dizziness and headaches, and could also increase any feelings of paranoia or anxiety you may have. Typical side effects include dry eyes, dry mouth, and dehydration.

It takes between 8 to 10 weeks for Golden Ticket to fully bloom. Once ready for harvest, it produces between 12 to 14 ounces of buds per square meter.

Golden Ticket flowers within October, from the second to the last week of October, in the northern hemisphere. It yields at least 14 ounces of buds per plant.

The Golden Ticket strain is a good option for new growers, but we don’t recommend it to new marijuana users. It is very high in THC, and while the initial lack of effects can be disarming, rest assured, you WILL feel extremely high in due course. Golden Ticket is a strain that tastes every bit as good as it looks and smells.