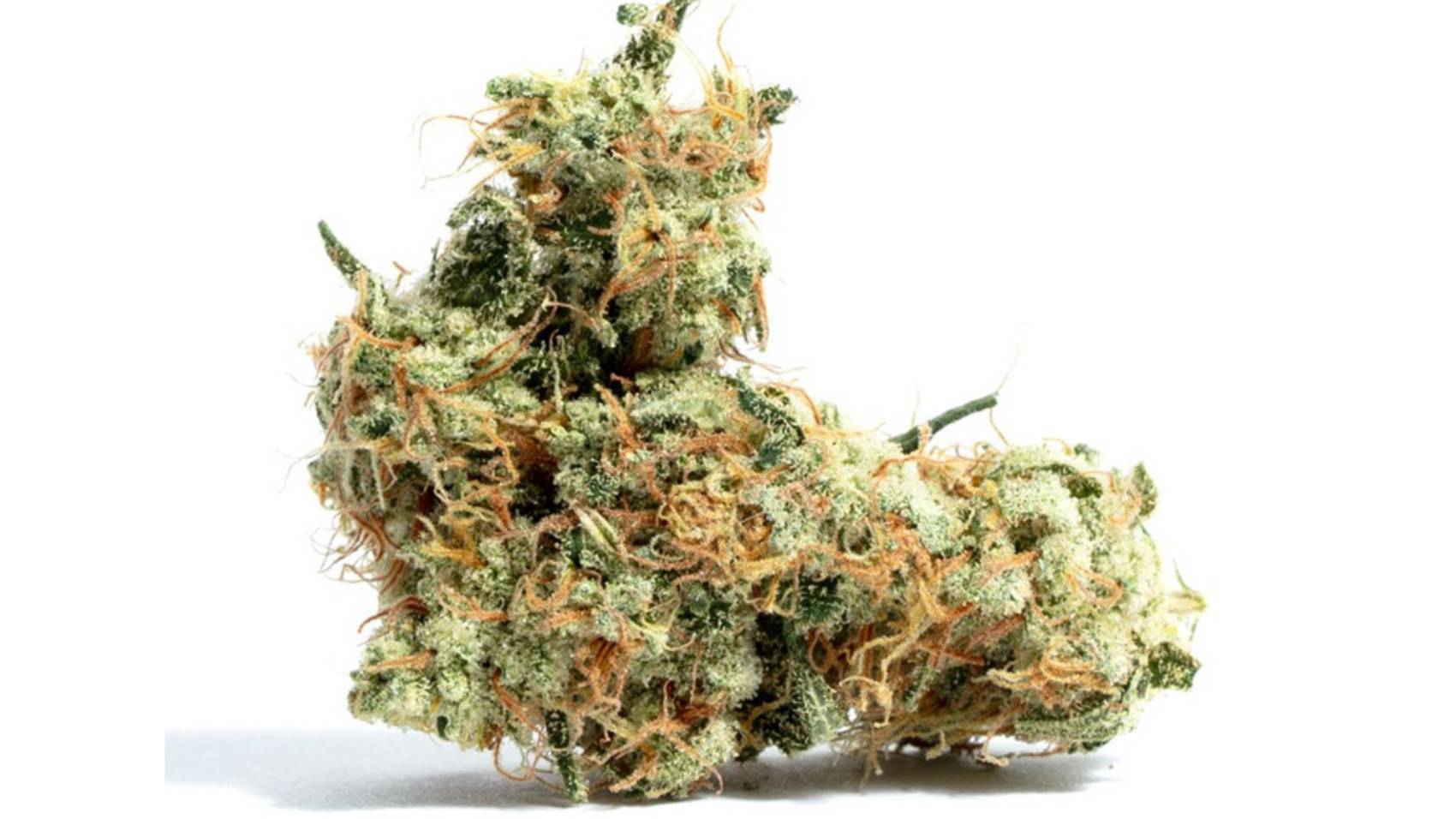 Full Moon is an enticing strain that captures the wonder of the eye. Not only with its sparkling trichomes, but also for its golden hue which make it shine like a full moon under the right light. Nirvana Seeds came across this beautiful strain on the island of Koh Phangan, located in Thailand, which hosts a famous Full Moon Party each month.

Like the party, it entices a festive mood that lasts for hours. It is perfect as a recreational strain to be used with friends. Although, if one prefers, it can also be used as a pick me up during the day to start up the mind and invigorate the body. However, its THC levels of 15% to 24% provide great therapeutic relief as well.

Uplifting the mood immediately after the onset is a stimulating head high. Within minutes, users exhibit a positive behavioral change. Smiles shine brighter as an innate sense of happiness takes over. Its ability to clear the mind also improves thinking by creating free headspace for thoughts to flow and form freely.

For casual users, restarting the cogwheels of the mind inspires boundless creativity. It allows users to examine ideas or come up with fresh perspectives. Hence, it is a great wake and bake treat can bring life to an otherwise monotonous day. Moreover, its ability to enhance focus is a great asset to increasing productivity.

After about an hour or two, a surge of energy travels from the temples to the toes. It invigorates the body while relaxing the muscles. Keeping it from overwhelming the body with heaviness, however, is the initial head high that keeps one alert. Like a well-oiled machine, users can complete task with limber movement.

Without a doubt, the best time to use Full Moon is during the day. It can replace a cup of coffee in the morning or mid-afternoon as a pick me up for when the eyes begin to grow dreary from the workload. Exercising moderation is key.

Full Moon has a strong earthy aroma that immediately fills the room when a few of its buds are broken apart or crushed. It gradually develops into a tropical flavor with overtones of citrus that enliven the senses. Combusting it, on the other hand, brings out the sweet scent of its fruity profile.

Full Moon brings out its full tropical flavors at the first swig. It is fruity with citric overtones that come to play when swirling the smoke inside the mouth. A subtle sweetness accompanies its profile along with a tangy undertone. Balancing it out, however, is an aftertaste of wet soil that intensifies on the exhale.

Dry eyes and a cottonmouth are two common reactions to smoking pot. It is unavoidable but mild and, as such, most seasoned users often ignore the two side effects. However, a bigger cause for concern is a disorienting head high that raises anxiety levels and triggers paranoia. This is not uncommon for a potent Sativa bud like Full Moon. After all, it is a powerful strain with a stimulating cerebral high. Moderation is a key factor in ensuring the psychedelic effects stay pleasant. Although, if one were in an overwhelmed state, it is best to not to consume the strain at all.

Full Moon is a source of mental reprieve for many long-sufferers of depression, anxiety, and PTSD. It delivers a happiness-inducing high that not only inspires an upbeat disposition but also stabilizes turbulent emotions. It makes for an effective stress reliever as well since it calms the dread users experience when overwhelmed by work.

One of the best times to consume Full Moon is right before a meal. It soothes the stomach and prevents the intestines or gastrointestinal tract from contracting in pain. As a result, users are able to eat heartily and without disruption. The appetite stimulation also replenishes energy. It invigorates the muscles throughout the body to shake off tiredness or fatigue. Simultaneously, it relaxes cramps that prevent one from moving freely.

After exhausting both mental and physical qualities, its intense tranquilizing effects eventually lulls users to sleep. It improves not only the quantity of sleep but also its quality. In this way, users wake up feeling refreshed.

Full Moon has the typical structure of a Sativa. It is tall with a frame that bends easily when blown by the wind. Its lime leaves, on the other hand, are thin and stretch outward. Its buds are fluffy but dense. Each emit a strongly tropical flavor and scent that fill the room especially as trichome production intensifies around the flowering phase.

Its propensity for a Mediterranean or tropical climate will be a disadvantage when cultivating the strain outdoors in the northern hemisphere. The short days interfere with the plant’s exposure to sunlight and, therefore, decrease bud production. This is not to say that it will not perform well. Rather, it may take time to fully mature thus resulting in a longer flowering time.

Indoors, height management is necessary. Topping the plant early will not only keep it short but also initiate the flowering period. Using the Screen of Green method will help distribute light evenly among the branches. It helps create more budding sites and therefore a higher turnout.

Full Moon has a long indoor flowering period of 12 to 14 weeks. The wait is well worth it however as it rewards each patient grower with at least 12 to 16 ounces of buds at harvest.

As alluded to earlier, the tropical Full Moon has a difficult time dealing with the cool weather of the northern hemisphere. Thus, it usually matures around the middle of November to the early days of December. It does not affect its turnout though and growers can still expect at least 16 ounces of buds per plant once ready for harvest.

Have you ever smoked or grown your own Full Moon? Please let me know what you think about this marijuana strain in the comments below.