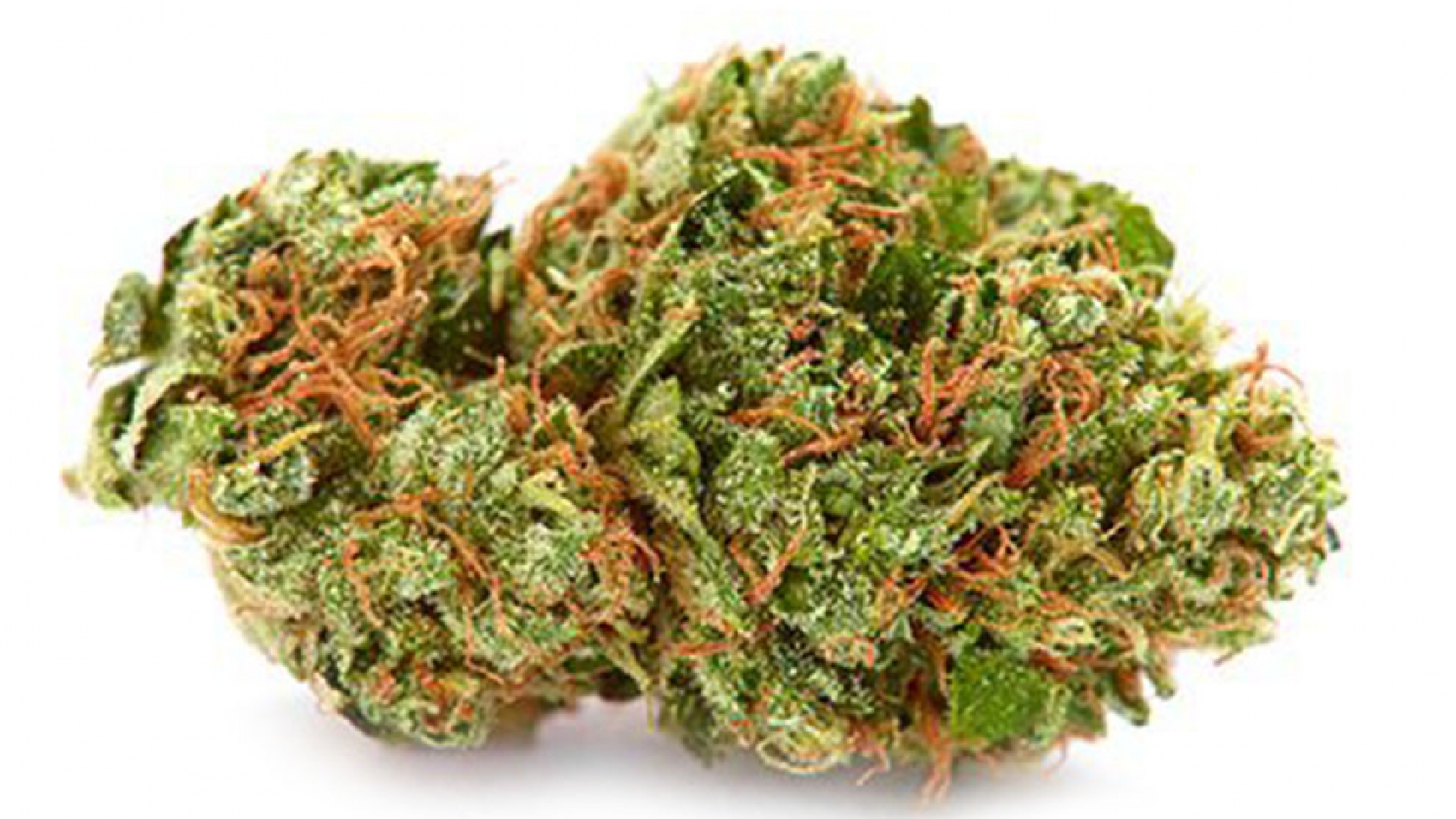 It is difficult to find fault in a strain like Dancehall, a Sativa-dominant strain that puts users in a mood to sway their hips. Its smoke is uplifting like that of the Jamaican Reggae music it is named after and even encourages people to bond together.

In pursuit of perfection, Royal Queen Seeds took Dancehall and decided to pair it with the European Juanita la Lagrimosa to enhance healing properties. The latter, after all, is famous for its high levels of CBD and functional high. Together, both parents produced Dance World – one of the few strains within the marijuana industry that boasts a nearly 1:1 THC to CBD ratio.

While its use is mainly medical, Dance World remains valuable to the recreational community for its cerebral-focused buzz and energizing body high that is perfect for beginners and seasoned users alike. Plus, it has none of the downsides of a highly intense Sativa-leaning hybrids.

She’s a sativa dominant strain, although she grows like an indica. Indoors, one can expect the plant to stretch between 60-100cm in height. Outdoors, 80-120cm is to be expected. The flowering time of around 8 weeks is perfect for eager growers. The indoor yields span between 475-525gr/m2, while outdoor ganja gardeners shall bask in around 400-450 gr/plant. Since she’s quite short, the buds don’t necessarily need string support, unless a freak-of-nature pheno appears. During the growth of this cultivar, the scents are quite natural and not so “in-your-face”, perfect for stealthy operations.

From its name, one can already tell Dance World induces a fun-filled psychedelic high. Sadly, users may have to wait a few moments as the Sativa-leaning strain is not as fast-acting as its low CBD counterparts. Still, many notice a gradual rise in energy levels as a buzzing sensation surges throughout the body.

The initial onset is often only noticed once the behavioral change takes effect. Users are lively with happiness that even their step seems to bounce with joy. Both the newfound confidence and positive outlook pave the way for people to get in touch with themselves. And, with an upbeat mood, many find themselves opening up to the people around them.

Gradually, a rush of euphoria courses through the muscles and reinvigorates the user. It is not at all overwhelming and neither is it sedating. Rather, it envelops the body in relaxation so users may dive deep into their tasks with complete motivation.

Although, if one were to go dancing then the strain will suffice also. After all, it does make the body move a little smoother.

Dance World smells of herbs and spices. Complementing it is an earthy tinge that makes the bud seem freshly picked. Broken apart, an energizing citric fragrance tantalizes the senses.

Carrying over to Dance World’s flavors is its undertones of citrus fruit. Only this time, they dominate the palate with their tanginess. On the exhale, its earthy and herbal overtones blend together to leave a spicy aftertaste.

Created for a medical purpose, it is not surprising to find Dance World without much side effects. Of course, there is still the usual cottonmouth – a typical reaction to marijuana use but easily remediable with water. Although, the dry throat that comes with it may be unavoidable. Some people also experience headaches to some degree, depending on the dosage.

Dance World’s high CBD content makes it of great value to medical cannabis patients. Its kicked-back and calm physical feeling can take the sting out of physical pain, whether it’s due to chronic conditions like fibromyalgia or lupus or to injury. Additionally, anti-inflammatory properties can help Dance World take the sting out of everyday discomforts like headaches and cramps. Those who find themselves able to discern and appreciate the strain’s cerebral stimulation may find that it counteracts the troubling symptoms of stress or depression. Additionally, Dance World can help those with attention deficit disorders stay focused on single tasks. Because its bodily effects can be so strong as to bring about feelings of dissociation, this strain is not recommended for patients who are prone to panic or who have a low tolerance for THC.

According to a 2018 study by the Washington State University, high THC and CBD strains like Dance World promote mental wellbeing. In 10 puffs, it reduces massive amounts of stress. At the same time, it temporarily relieves symptoms of depression and anxiety – conditions that are often exacerbated by chronic stress. An added bonus is its mood-enhancing properties, which allow users to manage their turbulent emotions by those with PTSD.

As alluded to earlier, high doses of Dance World can lead to headaches. Ironically, in moderate amounts, it relieves the same condition.

From afar, one would think Dance World is not a Sativa leaning plant. It is shorter compared to other similar hybrids. In fact, it usually falls short by 2 feet from the average of 6 feet. Not only that, it is quite bushy like an Indica.

With that said, aspiring growers may want to trim and prune their plant ever so often. Apart from aesthetic reasons, it removes parts dying from lack of light and redirects nutrients to otherwise healthier budding sites and branches.

While it has no qualms growing in a sunny environment, it definitely prefers cooler temperatures. Its cold-resistant genes make it the perfect Sativa dominant herb to grow in the northern hemisphere, where growers often have problems cultivating sun-loving plants. It can also withstand problems caused by humidity such as mold and mildew.

What it cannot stand though is long exposure to heat. For this reason, breeders from the southern part of the world prefer cultivating their strain in indoor growing spaces where they can easily adjust factors such as temperature and lighting. In this way, they can easily mimic climates at higher altitudes.

To add to its appeal, Royal Queen Seeds has made its feminized seeds publicly available. Not only are growers assured of an all-female batch, they are guaranteed with an easy grow. Because of its Indica-like stocky structure, Dance World reacts better to the Sea of Green method and will produce even higher yields.

Sativa-leaning strains often take anywhere from 10 to 12 weeks to mature. However, Dance World boasts a short flowering period of 8 weeks. Not only that, it yields between 17 to 19 ounces of buds per square meter.

Outdoors, Dance World usually flowers by the first week of October with each plant yielding up to 16 ounces of buds per plant.

Have you ever smoked or grown your own Dance World? Please let me know what you think about this marijuana strain in the comments below.