Can weed be white? - Strains Culture 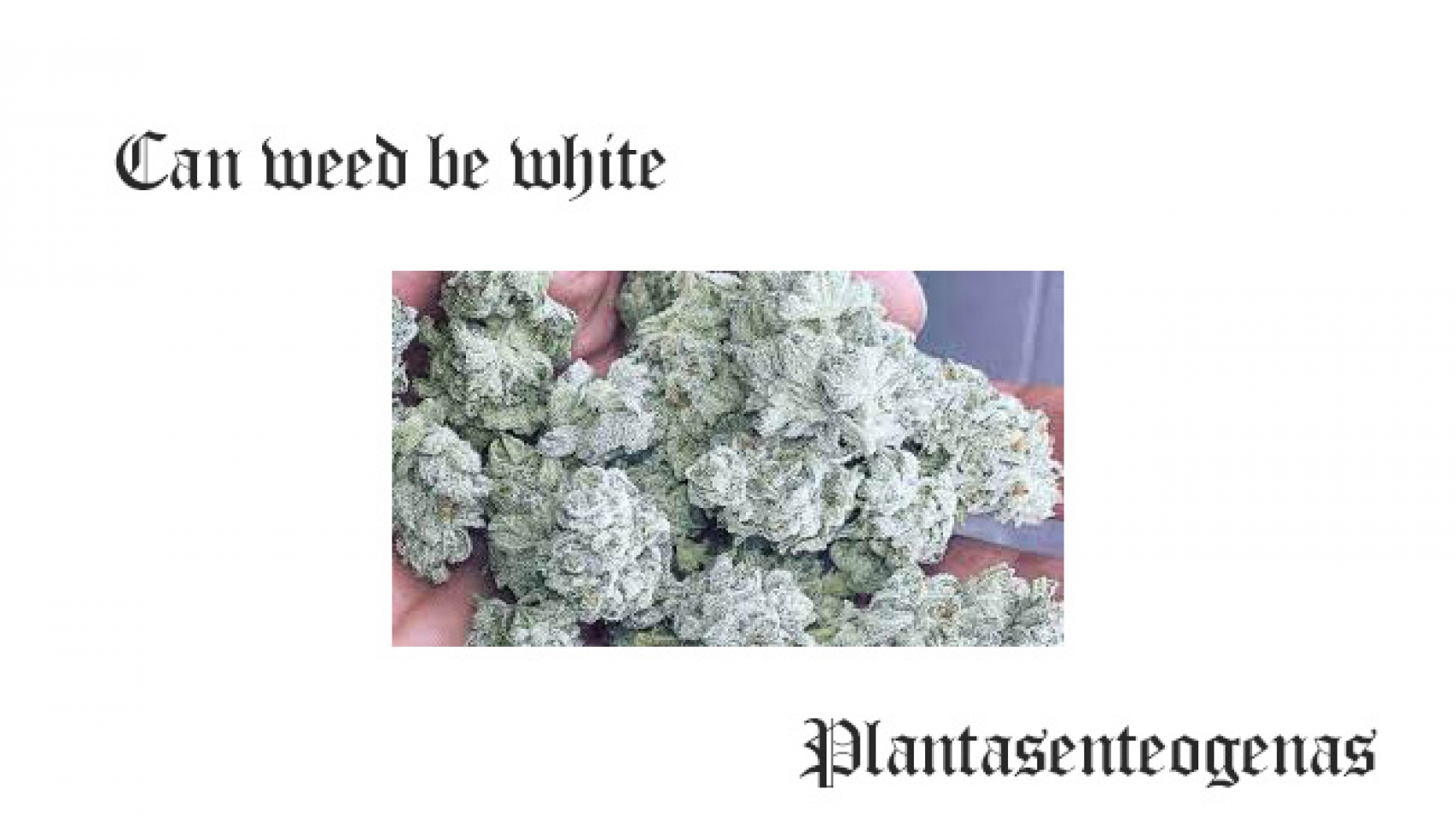 What is Albinism in Plants?

Albinism is a condition classified as the loss of pigmentation. In plants, however, this could be detrimental to a plant’s survival, as a lack of pigmentation means a lack of chlorophyll. Chlorophyll is a special pigment in plants that absorbs ultraviolet rays from the sun, and is what causes plants to be green in color. It’s an active player in photosynthesis, so without chlorophyll, plants have no way of absorbing sunlight and receiving proper nutrients.

Although many photos can be found on the Internet of albino cannabis and white weed strains, the survival of an albino marijuana plant is most likely a myth. Without a sufficient amount of chlorophyll, it’s unlikely that an albino plant could live long enough to produce buds of any sort. Albinism in cannabis is, essentially, a genetic defect that will hinder the growth of your plant. Even if an albino cannabis plant could survive and produce flowers, the buds in question would have very low THC due to the lack of nutrients it received during its growth.

White Cannabis: How is it Possible?

White cannabis does not always occur because of a genetic trait like albinism. Instead, it can occur due to many other factors such as light bleach, powdery mildew, or as a side-effect of cross-breeding strains.

If you notice parts of your cannabis plant turning shades of white, this could be due to light bleach. Light bleach occurs when your plants are overexposed to direct, constant light at high temperatures. This discoloration is most likely to occur on top branches, leaves and buds, since these are the parts of the plant likely to have longer exposure to direct, artificial light. Light bleach very rarely occurs with outdoor plants and is typically only a symptom of indoor growth. Learn how to deal with light burn in our article on the topic.

Sometimes, your so-called albino weed could be due not to albinism, but rather to something more deadly to your plant such as powdery mildew. If your plants have no genetic defects to your knowledge but are producing all-white weed, they could be infected with a fungus that’s very unhealthy to smoke and deadly to the survival of your plants. You can tell it’s powdery mildew from the unpleasant smell and its powder-like appearance on the buds, stems and leaves.

There are many strains of cannabis that are bred to grow white weed buds. These strains are not carriers of the albinism trait, but are bred to have prominent white-colored crystals of resin form on their surface. The most famous white weed strain is probably White Widow, a cross between a Brazilian Sativa and an Indian Indica, and which is characterized by its all-white weed buds and prominent crystallization.

Next time you come across some all-white weed, you might need to think twice before you decide to consume it. There are a variety of reasons why weed can appear white in color, with albinism being the most interesting but rarest of them all. So, unless your weed has been purposefully bred to appear white in color, you might want to steer clear and stick to the good ol’ green stuff.

The pigment that usually makes cannabis leaves and flowers green is known as chlorophyll. Chlorophyll is an absolutely vital component in the life of plants as it plays a major role in the process of photosynthesis.

Photosynthesis is the process of converting light into sugars in order for plants to survive and thrive. The chlorophyll present within cannabis leaves is used to absorb the light in the first place.

So, although the white appearance of albino cannabis plants might look spectacular and impressive, it’s actually a massive genetic disadvantage. The pure white aesthetic is a sign of a huge lack of chlorophyll, meaning that albino plants are almost incapable of carrying out the process of photosynthesis and therefore cannot generate the energy they need in order to survive and reproduce.

Some cannabis enthusiasts state the argument that albino cannabis plants don’t actually exist, and that all photographic evidence of this phenomenon is either false, or depicts other conditions instead of albinism.

This argument is in some ways reasonable, after all, how can a plant that is unable to carry out photosynthesis going to survive long enough to reach a respectable size?

Some of the sceptics out there believe that cannabis albinism isn’t albinism at all, and is simply a case of chlorosis. Chlorosis is a condition that can set-in due to a lack of nutrients in the soil. However, true albinism is a condition in which very little chlorophyll is produced from the get-go.

It is highly unlikely for a fully-albino cannabis plant to reach maturity for obvious reasons. However, partial albino plants, known as variegated plants, feature only slight albinism. These only have specific patches of white leaves and buds that are void of the green pigment. The rest of the plant is indeed green, loaded with chlorophyll, and able to photosynthesise.

The causes of albinism in cannabis

Albinism can have numerous causes. Both environmental and genetic factors may play a role. Environmental conditions such as growing media, light, and temperature can all contribute to plant albinism.

However, genetic factors are reported to play a much more fundamental role in the rare condition. Albinism has been shown to be a recessive trait, with the pigment defect probably caused by incompatibilities between nuclear and chloroplast genomes.

Hybridisation is also believed to be a major cause of albinism. Cannabis growers and breeders sometimes backcross strains in order to tease out desired recessive traits that specific strains posses. In doing so, this process may cause albino traits to express themselves.

Just because a cannabis plant starts to display a white aesthetic does not mean it is expressing albino traits. For example, plants can start to turn shades of white due to bleaching caused by lighting.

Sometimes, when the top buds and leaves of a tall cannabis plant get too close to the light source due to explosive growth, the intensity of the light may become too much. This occurrence can end up bleaching, which gives the overexposed parts of the plant a white appearance.

Albinism is ultimately a genetic fault within a cannabis plant. If you are a grower or breeder that is seeking to maximise flower output, growth speed, and strain potency, albino plants will only get in the way of productivity and progress.

However, growers who have time on their hands may want to pursue albino cannabis plants out of experimental curiosity.