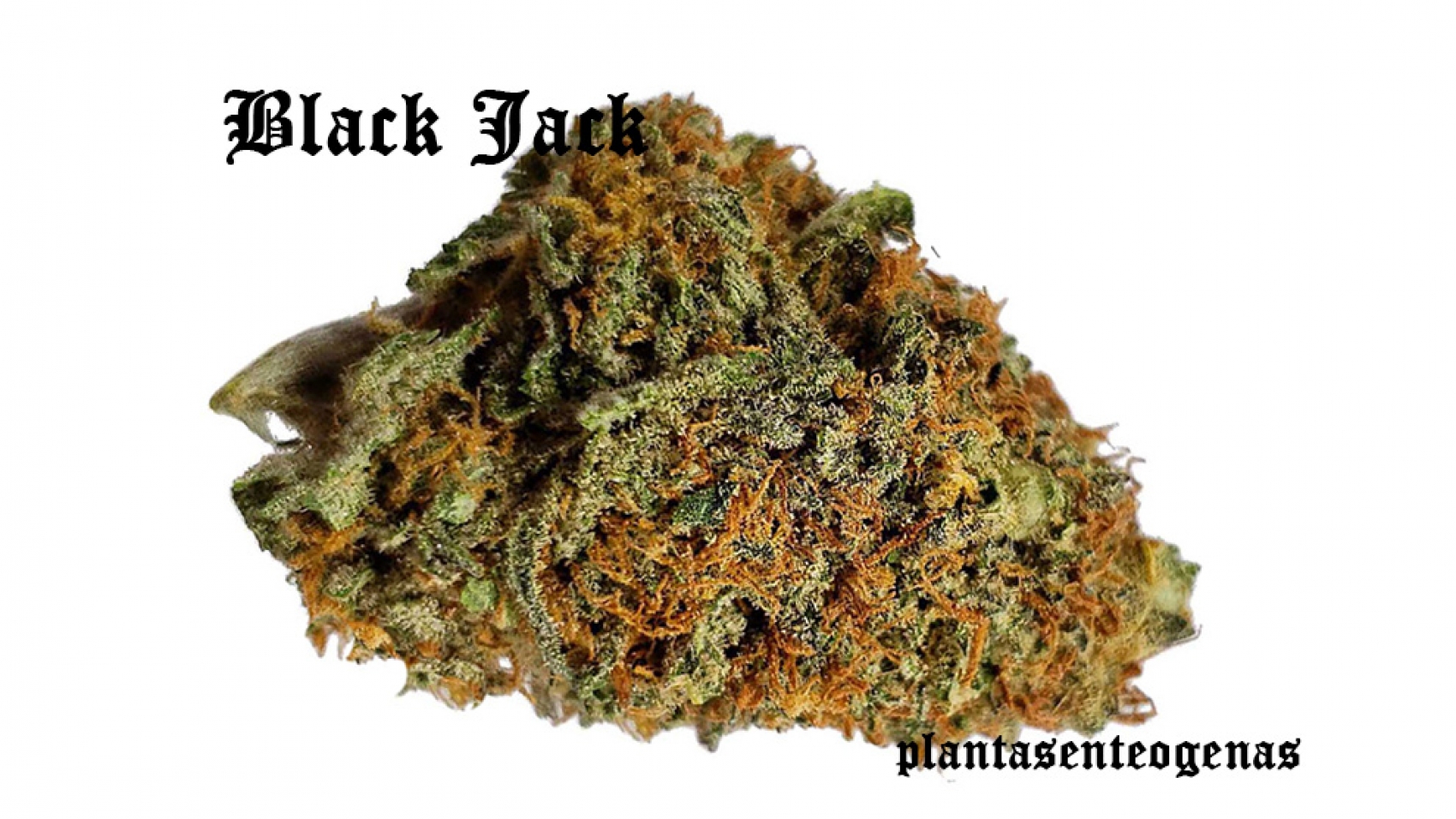 Contrary to popular belief, cheating is allowed in gambling. That is, if you are gambling with your choice of cannabis strain. Pick Black Jack and you know you picked a winner. Unlike the traditional casino game, or even an online one, our Black Jack has absolutely no misses. Every single time you use it, you get guaranteed hits.

Not only is this hybrid popular among recreational users, but Black Jack is also popular for its medicinal benefits of dealing with mental health issues and chronic pains.

For recreational use, Black Jack strain is a potent enough strain that gives you a mental head high with a nice balance of physical high.

Casinos have their own playing cards, and so maybe they inspired the breeders to do their own versions too.

One of the breeders, Nirvana Seeds, have their own variant of Jack Herer, which they call Jack Horror. Using this hybrid and crossing it with Black Domina, they created their own Black Jack hybrid strain.

The high is quite long and can last for several hours. It should not be consumed at work as it interferes with concentration. Moreover, smokers mostly felt aroused, they giggled. However, Black Jack also has negative effects, such as:

The THC level is on average 18-20%. Medicine uses Blackjack to treat glaucoma, migraines, arthritis, and ADHD.

Here is where we separate the exhilaration of winning Black Jack games (and money in casino) because when this strain hits you, it sends your body into a state of relaxation that makes you want to take things easy and slow. Definitely, this strain is not going to make you lethargic or lock you on your couch, unless you smoke too much.

But because it has a THC level that might reach 24%, you know this is a potent strain, and being Indica-dominant, the most profound effect it has on you is more on the physical side. Along with it comes the medical benefits, which is detailed in another section. Along with the relaxation, mentally you retain a certain level of alertness. Because of the physical relaxation and relief from certain symptoms of illness, you feel uplifted and that makes you happy, perhaps even elated.

Sweet seeds have a sweeter orange-like aroma. At the same time, the scent of Nirvana has a blackberry flavor. In fact, both also smell like a forest.

Black Jack is smooth and, unlike its smell, it doesn’t retain an earthy taste. Rather, it has a nice blend that tastes sweet and woody, with the taste of citrus and pine, which might linger a little during exhalation.

No surprises on the Black Jack. Not only is it a sure winner when you take a few puffs, it also gives you what cannabis users already know, that it might leave your mouth and eyes feeling dry. It is rare, but it might occur, and most especially for those who overuse this strain, some users report feeling dizzy as the effects of Black Jack starts creeping in. This is typical for beginners too.

A couple of other reactions that you want to be aware of is that this strain might cause the feeling of anxiousness increasing, which leads to paranoia. Mostly, if it does happen, it is because of the unexpected or unfamiliar sensation creeping in the body.

With a CBD level that might reach up to 2%, Black Jack does come with medical value for those who need a way to relieve the symptoms of stress, anxiety, and other mental health concerns such as depression, or even PTSD.

This strain is also popular for its ability to help in alleviating the pains and aches caused by certain illnesses.

Like many other Indica-dominant strains with above average THC levels, the sedative property induces the body and muscles to relax, which in turn induces drowsiness. This is an excellent choice for dealing with insomnia.

Black Jack can be grown outdoor and indoor. If you decide to grow this inside your house, be reminded that it needs ample space (and height) as it grows tall. Outdoor, this plant could grow up to 9 or even 10 feet. While it is classified as being easy to grow, it will still require a bit of maintenance and caring. It loves sunlight and it thrives well outdoor in a temperate climate. Of course, cannabis that grows large and tall might not be a good option if you are concerned about neighbors seeing what you are doing.

There are two varieties of Black Jack out there. One is another Hybrid known for its fast growth and Indica effects. However, the most predominant version is a Sweet Seeds creation. Black Jack is a Hybrid cross between Black Domina and Jack Herer.

The latter is a world-famous Sativa that provides a zippy and upbeat high. The result of the mix is Black Jack, a long-lasting and balanced Hybrid marijuana strain with decent amounts of THC. On average, the strain produces between 14 and 24% of the psychoactive.

Just a few minutes after consuming, cannabis fans will start to feel a blissful burst of energy and creativity that some will find perfect for medium-complexity activities. The pleasant accompanying body buzz relaxes muscles and relieves stress and anxiety, complementing the mentally stimulating effects.

The second version of this strain is from Nirvana Seeds. Their strain is often listed as “Blackjack”, and is a cross between Black Domina and Jock Horror, another Jack Herer derivative. The Nirvana version is often described as “psychedelic” and it features a slow, physical high which many marijuana consumers enjoy.

Black Jack has an estimated flowering time between 62 to 72 days. It gives a better than average yield of 18 to 22 ounces per square meter. Good thing that this strain could be grown indoor because in this way, you have your privacy and in a matter of 2 months or so, you would have your own cards … sorry, we mean Black Jack hybrid strain.

This is where this cannabis plant thrives the best. Beginning at around the ninth week, and towards the early parts of October, Black Jack can have a yield estimated to be between 18 to 24 ounces, or even more, per plant. But because this is a tall plant, sometimes, it gives the impression that its yield outdoor is low.