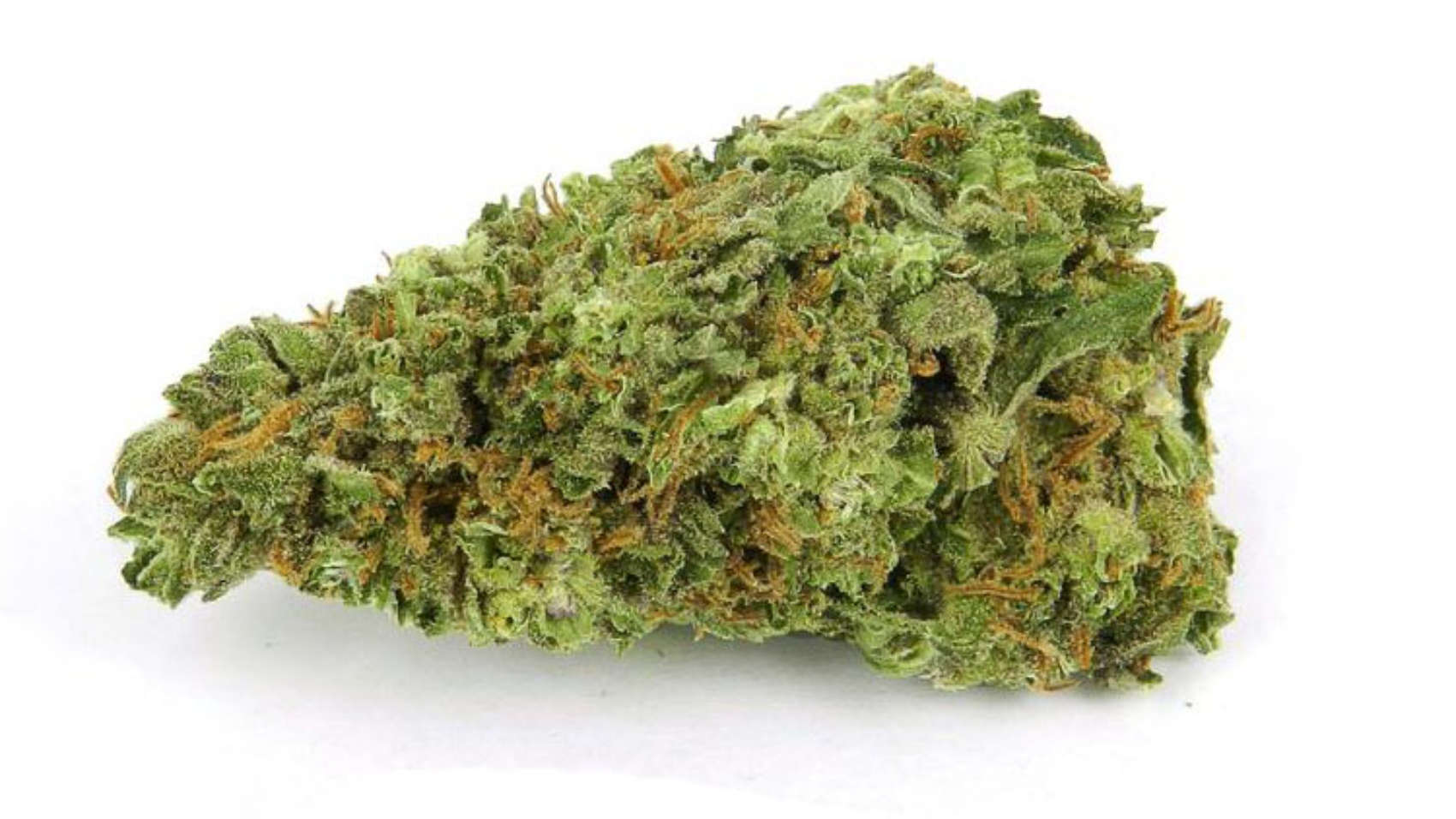 is an indica-leaning hybrid that was initially bred from a mix between Blackberry and Diamond OG, two classic strains well known for their pungent flavor and aroma.

The key thing about Black Diamond is its insane quantity of THC, as well as its profoundly noticeable effects.

The high of the Black Diamond strain is oddly subtle, taking hold quickly yet without a great deal of introduction. Expect to feel an odd weightlessness and gentle feeling in your limbs, as well as an overwhelming sensation of peacefulness and serenity.

There is this temptation that quickly sets in, causing you to try and sit down somewhere comfortable – if you try Black Diamond while out somewhere unfamiliar, you will be immediately tempted to head home as quickly as possible. The relaxing feeling that takes over will have you heading home to get as comfortable as possible. Nothing will be able to stop you from winding down.

Some people say it is because of the daily hassles of like that led to the use of cannabis. Others simply want to chill. Regardless of the reason (or justification), Black Diamond is best used just as the day is ending.

Used moderately, its onset is a gentle but pronounced mental high that uplifts the spirit. As it induces to feel not only happy but also elated, it may result in some people having bouts of giggles and laughter. Black Diamond promotes a clear-headed high in which its users remain productive.

Meanwhile, the uplifting sensation spreads all over the body. As the physical effects begin to intensity, it leaves users in deep relaxation. Often, it does not lead to a couch-lock. However, if one uses a little too much, then all bets are off. Coming with up to 26% THC, it absolutely will have no trouble knocking out anyone, even the experienced users.

The initial aroma of the Black Diamond strain is strongly berry-like, reminiscent of its Blackberry parentage. However, instead of the powerful acidity and tartness of Blackberry, Black Diamond has an underlying element of earthiness that smells rich, vibrant and powerful.

On breaking up the buds, there is this same flavor that hits the nose, but it is somehow more profound and more pronounced, rather like browned sugar or nuts. This is the strain that smells almost rich and mahogany-like, while not really being woody – it is perhaps one of the closest marijuana strains available to a fine Cuban cigar.

The aroma is oddly specific in its flavors, yet still indescribable without having smelled it, leading other experienced marijuana smokers to become convinced that you aren’t actually smoking marijuana at all.

The smoke of the Black Diamond strain is initially quite like its aroma’s profile, offering a slightly burned toffee undercutting to the overwhelming berry flavor on your palate. However, the smoke is far smoother and gentler than might be expected, with such pronounced flavors feeling very like the drag of a smooth, extremely expensive cigar.

On the exhale, the flavor is similar to its initial aroma, though the notes of mahogany and fine, hardwood get more pronounced, somewhat oaky and overall more pronounced flavors.

There actually isn’t a lot of the Diamond OG in its flavor, instead of borrowing much more heavily from its Blackberry parentage.

However, it isn’t just the flavor and aroma that set this strain apart from the rest – Black Diamond also has a very interesting appearance as well.

The flowers of the Black Diamond strain have a very interesting quality, in that instead of the regular appearance of most marijuana plants, their flowers are instead strangely long and curling, almost looking completely like a flat circle. This causes buds that mimic their appearance, with a very dense structure that is almost difficult to break up.

To go along with these uniquely strange flowers, Black Diamond’s leaves are sometimes dotted with violent gashes of purple, though these only show themselves if the plant is reared in particularly cold weather.

Finally, like all other strong marijuana strains, Black Diamond is coated in a thick gloss of white trichomes that are both sticky and resilient, making this strain’s buds an almost challenge to try and pry open.

Black Diamond is a strain with a reputation to uphold of being one of the strongest possible marijuana strains out there. Devised entirely around the idea of making an absolutely killer strain, Black Diamond was bred to contain around 21% THC content on average, with the highest reported level sitting comfortably around 24%.

This makes Black Diamond a potent strain, one that easily has the ability to induce significant hallucinogenic-like effects when overused. Make sure you are careful with your Black Diamond dosage, as this strain can you have you quite literally climbing the wall if you are not careful.

With such a potent strain, you might be expecting it to have very little CBD content alongside its 24% THC levels.

Sadly, you would be absolutely correct; as with most extremely potent marijuana strains with THC levels above 20%, Black Diamond has almost no CBD to speak of whatsoever.

Though a few individual samples might report quantities approaching 1% or a little bit higher, there is sadly very little CBD content at all in Black Diamond. There is only so much room available for cannabinoid production in an average marijuana plant, so CBD is usually what suffers.

Thankfully though, there are still plenty of other useful medicinal effects of the Black Diamond strain, even though it has such little CBD.

Black Diamond Medical Use and Benefits

The uplifting, as well as soothing body effects of Black Diamond, can help people de-stress. Once lifted of burden, in its place is happiness. Because of that, it is quite a useful aid in the fight against depression.

Once the physical effects start to manifest, Black Diamond eases body pain and symptoms of nausea. Because it soothes and relaxes muscles, it can help users deal with muscle pasms.

In most cases, users tend to feel sleepy during the comedown. Hence, it may prove to be useful to insomniacs.

By far the most obvious and expected side effect of Black Diamond is the typical dry mouth and dry eyes that follow almost every single marijuana strain in existence. However, the intensity is much stronger with Black Diamond, necessitating you to keep a glass of water and possibly even a damp dish towel on hand to help fight off the unpleasant dryness.

The next most commonly reported side effect is an increase of paranoia; this is especially likely to happen if you already have a propensity to paranoid thoughts, or if you are an extremely frequent smoker.

It is worth noting that any paranoid feelings that accompany your Black Diamond high are essentially a result of taking far too much Black Diamond at once, so the best way to combat this is to make sure you don’t ever take more Black Diamond than you know you are capable of.

As long as you only smoke what is enough to get you high or to treat your medical condition, you should be absolutely fine.

For every plant, there’s always a piece of information that is given to those interested to grow it. This particular strain prefers growing in soil. It takes about 8 to 9 weeks for the Black Diamond to flower. Apparently, previous experience in growing plants is required to grow this strain. It may be finicky when it comes to being taken care of as it may require moderate attention. Grown indoors, she adapts well to the Sea of Green (SOG) method.

Black Diamond grows up to 4 feet indoor and could yield only 2 ounces per square meter by the time she is ready for harvest in 8 to 9 weeks.

Black Diamond grows up to 4 feet indoor and could yield only 2 ounces per square meter by the time she is ready for harvest in 8 to 9 weeks.