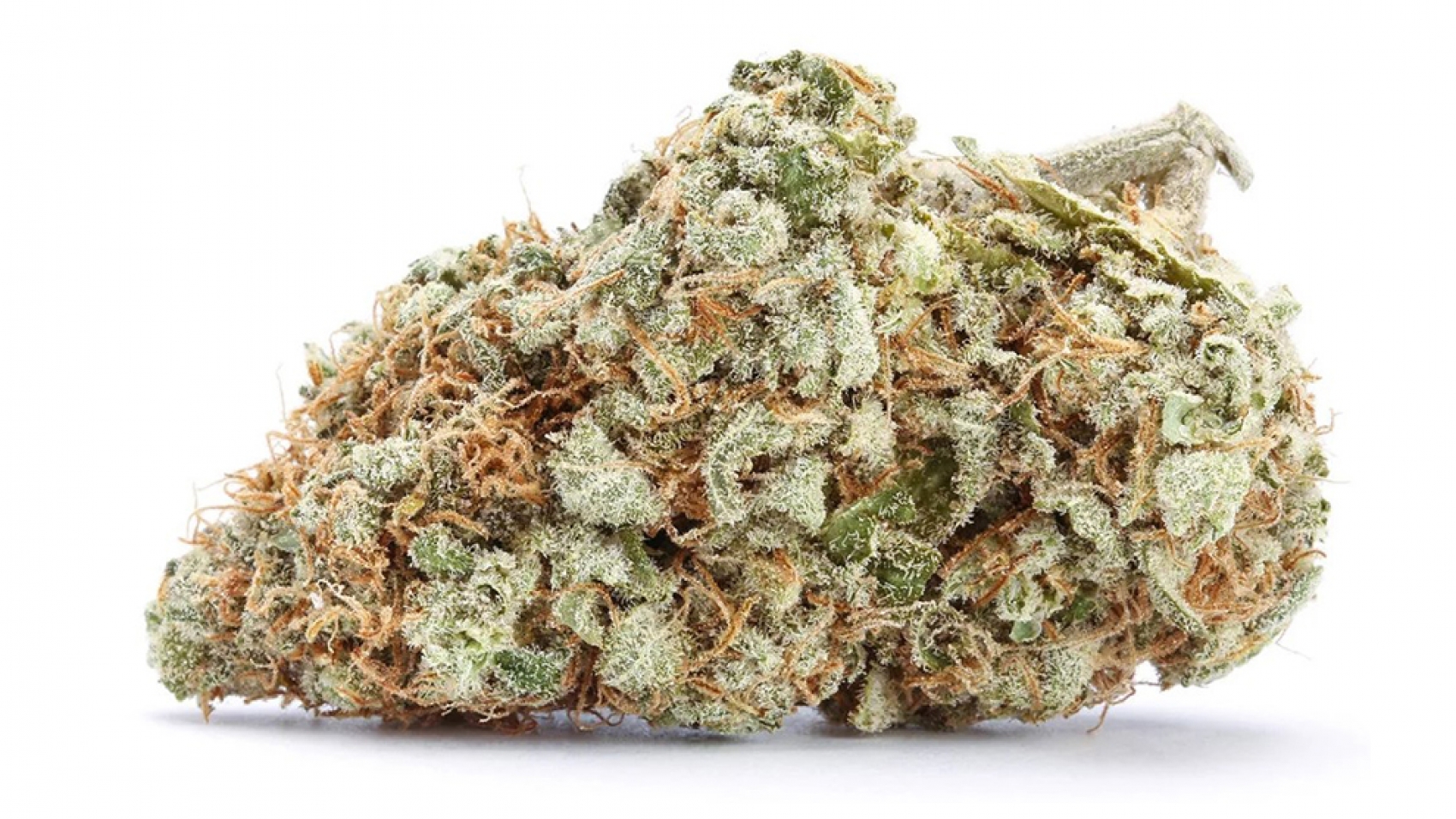 How would you react to the smell of banana peels? In the case of the Banana OG, the truth is stranger than fiction. What we mean by this is that instead of going ape over the bananas, what you are in for comes more as a shock rather than anything else.

Possessing one of the highest THCs in medical cannabis strains, the Indica-dominant Banana OG is a creeper that gives you all the highs you want, but one that could also leave you locked on your couch.

The Banana OG is a hybrid strain that originated from the United States. It has been tested to have as high as 27% THC – one of the highest of all cannabis strains. Although there are a few variants and breeders, the most popular one is a cross between Banana Kush and OG Kush. This is an Indica-dominant (70%) hybrid.

Banana OG is a deceiving strain in that its effects are mellow and takes the time to creep in. It starts with a gentle buzz on the body and the back of your head. Does anyone smoke weed to feel agitated? No. Rather, what you start to experience is the polar opposite.

As the buzz spreads to your head and the rest of the body, you find yourself relaxed. For most people who are unfamiliar with this strain, there is an urge to consume a tad bit more. BUT hold on and wait. We did say it takes its sweet time, and besides, it’s not done yet.

The gentle buzz soon gives way to a feeling of euphoria. Total body relaxation and euphoric feeling, who doesn’t want that? But that’s not when this hybrid strain stops. It continues to bring you to a state of relaxation that may now border on making you wanting to stay seated or lying down.

Meanwhile, your mind is buzzing, not a lot, as you are still functional and may, in fact, talk too much with open honesty. Call it a truth serum, if you will. Kidding aside, some users have described the experience as more like being comatose as you literally feel your body feeling heavy, which is why you don’t feel like moving at all.

After a couple of hours, when the effect starts to wear off, that’s when you abruptly feel hungry, and at the same time, sleepy.

Banana OG is a great strain if you use it at the end of the day.

Seasoned cannabis users who are familiar with the OG Kush will probably not detect much of it in this strain. Aptly named, Banana OG does carry the skunky aroma of banana peels. For some people, the fragrance is associated with rotten bananas. In spite of how it sounds, the actual smell is not as bad as it is made out to be. It does have a sweet undertone of cinnamon, which makes it pleasant enough for most people.

The best way to describe its flavor is this. “I have blind tested it with my homies,” says one Banana OG user. “And each one said it tasted like bananas.” Apparently, it tastes better than how it smells.

Banana OG, like almost all strains of cannabis, may result in dry mouth. But it’s not only feeling mouth dry that may be a concern, it also has a potential to cause dry eyes. As usual, keeping yourself hydrated helps ease or minimize such symptoms.

You will want to go easy on the amount consumed too. After all, this creeper has a gentle buzz that builds up and may leave you locked on your couch, making it a little inconvenient to go to the bathroom, if that is necessary if you drink lots of water, for example.

Cannabis, like anything else, is meant to be consumed in low or moderate quantities. A little too much, it may have adverse reactions. For most people using it for medical purposes, the goal of lowering stress may, instead, experience an increase in the level of anxiousness.

Banana OG is just relentlessly potent. At normal doses, this cannabis is for seasoned weed smokers only. Novices should steer clear, or dose with caution. Enthusiasts who go for it will find that this weed provides a euphoric and almost narcotic body high.

It’s bred from OG Kush and Banana, and it’s a bit slow on the uptake: it takes some time after inhalation to show its effects, so be cautious. Once the high shows up, consumers are in for a ride, as one would expect from marijuana that tests at 20-27% THC.

Given that it’s a Hybrid, there are some Sativa effects: a certain sense of creativity and a cerebral tingly feeling. However, the balance is definitely shifted towards the physical.

Cannabis enthusiasts will experience a wandering mind, but they’ll be couch-locked the whole time. If you make it off the couch, too, you’re going to want a lot of food. All of this makes Banana OG an appropriate nighttime smoke for consumers who want to zone out, get happy, and get hungry.

While you probably remember banana flavored cough medicine, this banana packs a much broader range of medical benefits for marijuana patients.

Banana OG is used by some to help alleviate the symptoms of chronic aches and pains. But for most, the biggest benefit of total body relaxation is that it takes away your ability to stress yourself. Even if you wanted to, the euphoric feeling creeps in so that instead of feeling depressed, you actually feel uplifted and happy.

As the effects start to wear off, you are struck with hunger pang. For that reason, it is a great strain for those who lack appetite.

And after a state of bliss, you start to feel tired, a condition that is perfect for you to get the all-important and much sought after sleep, which is good for insomniacs.

As far as can be gathered, Banana OG can be grown both indoor and outdoor. Not much is known at this time, but from some people who have grown this plant successfully, they rate is as easy to grow.

Banana OG has an indoor flowering time of around 53 or so days, which makes it attractive to those who couldn’t wait to get their hands on their babies. Grow it right and you will have an average yield of 12 to 14 ounces per square meter.

Banana OG has a relatively faster flowering time than other strains at 7 to 8 weeks. If you do it right, you could expect a yield of 14 ounces or more per plant when you harvest by the end of September.