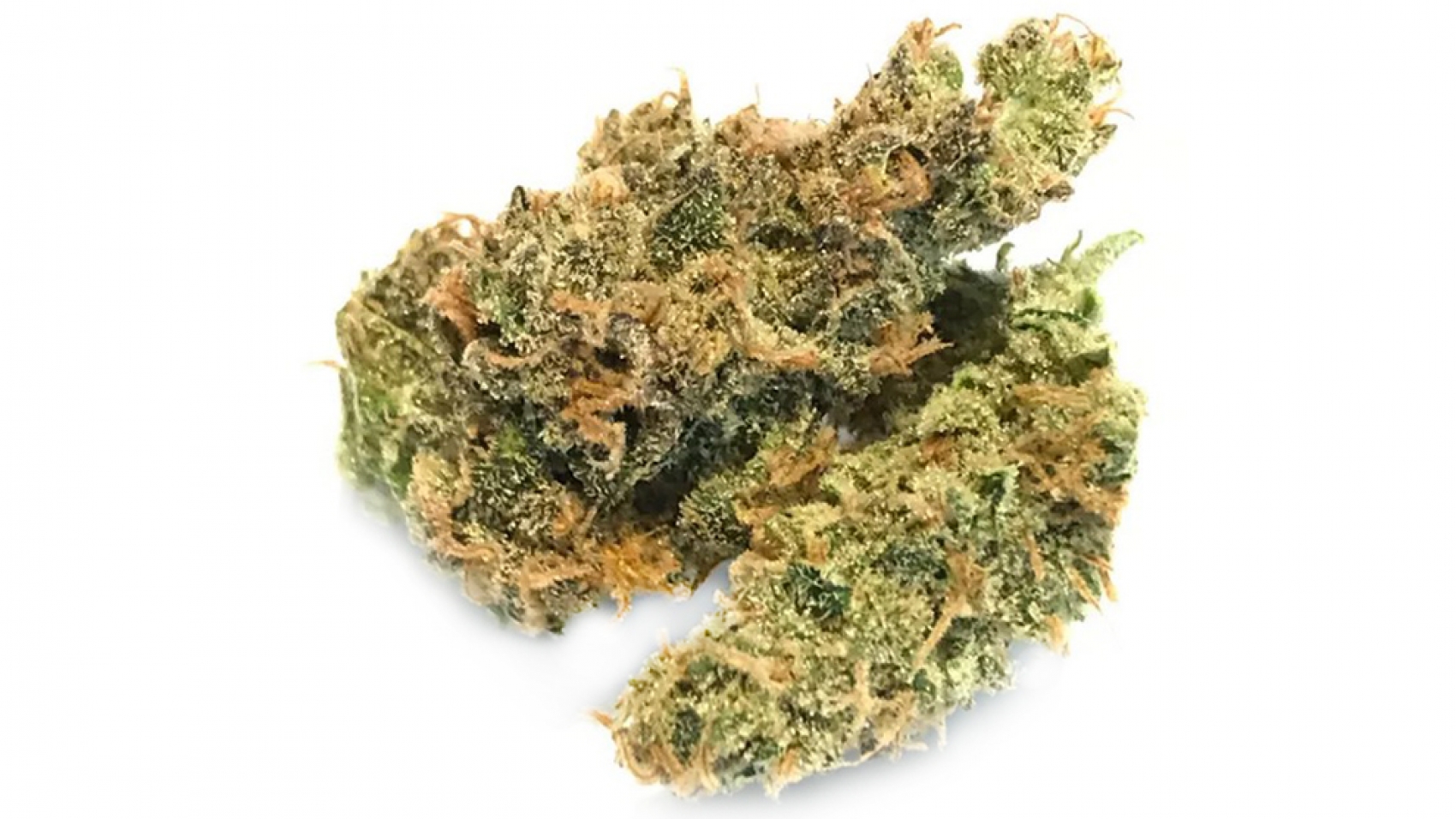 The Aurora Indica strain is indica-dominant and is the result of a pairing between Afghan landrace and Northern Lights. Cannabis enthusiasts often use this strain to make hash, and it is also popular in dissolving stress, releasing tension and coaxing away insomnia and pain.

The aurora borealis is one of Mother Nature’s most spectacular sights, featuring on many a bucket list. The experience of watching them is said to be memorizing and relaxing. They also provide the name to another marvel, the Aurora Indica strain of weed.

Aurora Indica is said to have a similar effect to the strange lights, being both captivating yet relaxing at the same time. The breed is a favorite of many for the pleasant high, which does the job while avoiding being too intense. Users report feeling immense waves of contemplation in a full-body stone.

But what do you need to know about Aurora Indica? Will it leave you seeing lights, or is it tamer than this? We cover everything about the strain throughout this article.

What Is the Aurora Indica Strain?

Aurora Indica strain weed is an indica-dominant plant. Given the name, this shouldn’t come as too much of a revelation. The breed was first created by Nirvana Seeds, who are also the makers of Papaya and Bubblicious. Nirvana Seeds birthed Aurora Indica through the crossing of an Afghan landrace with Northern Lights. Northern Lights also passed on its name to the breed, with aurora borealis being the scientific name of the northern lights phenomenon.

Known for possessing a sizable amount of THC, Aurora Indica gives a creeping high which sets you at ease and eats away at your worries. The body high in this one is strong, and there is often a quick onset of couch lock once you consume Aurora Indica.

Aurora Indica can be tricky to track down in dispensaries, but not impossible. It is especially popular in Arizona and Oregon. The seeds are also readily available worldwide through online purchases, which helps give Aurora Indica a more international presence than other strains.

The plant is known for giving out exceptionally high levels of resin. Because of this, Aurora Indica is a popular strain for creating hash. The hash made from Aurora Indica is almost entirely black and has a pronounced, distinctive taste.

The Aurora Indica marijuana strain gives out a deep and luxurious scent. The initial impression is an earthy scent flaked with a spiciness that excites. Deeper within the aroma are tinges of fruit. There is a sweet combination of mango, berries, and lavender blended within the earthy tone.

Grinding the buds releases further smelling surprises. Woody notes of sap and pine release into the air. The scent is a suitably pleasant starter to the effects provided by consuming.

Your nose isn’t the only thing in for a treat. Aurora Indica provides a marvelous taste, too. The smoke is smooth and goes down easily. The first flavors are distinctly sweet and spicy, with a slightly chemical hint to them.

Upon exhale, the strain hits with a coffee-like, fruity aftertaste. It is truly delicious. It’s a super smoking experience, providing pleasurable tastes.

Aurora Indica has medium to large buds with a conical shape to them. The nugs have a broad base that narrows into an arrow-like tip. The buds are dense and compact, as you would expect from an indica-dominant strain.

The leaves curl tightly and have a delightful sea green color, accented by red and brown pistils. A cloud of white, crystal-like trichomes spreads across the flowers and lightens the overall tone.

If all of this has you tempted to try growing your own Aurora Indica, read on for all the tips and information you need.

Aurora Indica strain seeds are relatively prevalent across the Internet. You can purchase them from several different specialist websites. As when purchasing any cannabis seeds, you should always check the reputation of the company you are buying from first.

Another option is to gain a clipping from a healthy Aurora Indica plant. Clippings can be used to create “clones” of the parent plant that are genetically identical.

Suitable for both outdoor and indoor growth, Aurora Indica is a reasonably easy grow and would be a good strain for cultivation newcomers to start. The plant doesn’t become too tall, topping out around 3 feet. It will grow bushy, with large, heavy buds.

In terms of climate, you will need semi-humid with day temperatures of between 70 to 80 degrees Fahrenheit. Be sure to use a dehumidifier to avoid the climate becoming too moist. With such dense colas, mold can quickly develop, which would ruin your harvest.

The other thing to bear in mind is the herb gives off a particularly pungent aroma. Use an extractor fan to avoid detection if this is a concern.

It is recommended you use the Screen of Green training method early on in the plant’s life. When grown outdoors, the more sunshine, the better.

In terms of flowering, you will be waiting around nine to 11 weeks, slightly longer than other indicas. Indoors, you can expect yields of 10 to 14 ounces per square meter. Outdoor grows will flower around the end of September and beginning of October. Yields of 14 ounces per plant can be expected.

Aurora Indica cannabis is known for moderate levels of THC. When tested, the strain delivers a THC concentration in the range of 12-20%. This potency of THC puts Aurora on the low-middle range for THC content.

The level of THC in Aurora Indica is low enough to make it a suitable strain for cannabis beginners. At this concentration, you will feel the psychoactive effects of the THC, but it shouldn’t prove to be too overwhelming as long as you are sensible in the amount you consume.

Equally, its mid-range THC potency may make it appeal to more experienced smokers who are tired of “super skunk” strains. Provided you consume reasonable amounts, veteran smokers can get their stone on without feeling totally bombed beyond belief.

The CBD content of Aurora Indica is practically non-existent. Test results regularly show the CBD concentration to be 0.1%.

With such a minimal amount of CBD contained in the breed, users should not expect to feel any of the health benefits associated with CBD. The level is far below that needed to give effect, and it would be best to view Aurora Indica as basically having no CBD at all.

If you are looking to benefit from some of the many potential uses of CBD, you should look for another breed which is CBD potent. There are plenty available, so conduct a little research to find the right one for you.

With Aurora Indica containing next to no CBD and a good amount of THC, any therapeutic benefits are likely to be focused around the strain’s psychoactive effects.

Users report a body high that gives a strong case of couch-lock. This sensation is where your limbs feel heavy and tired, and you are literally “locked to the couch.” The overall relaxation effect is added to by feelings of calm and happiness. All of this combines to give the strain possible benefits for those looking to fight the effects of stress.

The general heaviness and relaxation also helps those suffering from hyperactivity. It has a real calming effect.

The couch-lock gives way to a sleepiness that is hard to resist. Thanks to this, Aurora Indica can help with those suffering from sleep-related issues such as insomnia or pains which keep you awake.

We do have to point out that although Aurora Indica can provide medical benefits, they are not guaranteed. Everyone’s body is slightly different in their makeup. This means they react differently to substances and means you can’t predict with 100% accuracy how Aurora Indica will affect you. This could lead to you not seeing the same medical benefits that others have found for the same issue. All medical treatment has the potential for this.

Possible Side Effects of the Aurora Indica Strain

One of Aurora Indica’s massive selling points is its relative lack of side effects. It does have the side effects which are expected of all marijuana, but to a lesser degree than many other strains.

Users should still expect to have dry eyes and mouth from the strain, but not to a ridiculous amount.

When smoking large amounts, feelings of paranoia and anxiety can occur. Again though, this is uncommon and reported to a lesser degree than other breeds of cannabis. It is also easily avoided by just not smoking an excessive amount.

Couch-lock is a commonly reported effect of Aurora Indica, but users say it is an easier one to break out of than other strains. Still, be aware of this and perhaps don’t use Aurora Indica when you have a list of things you need to get done. The couch-lock is supposed to have a more pronounced effect on those with a lower THC tolerance.

Another thing to keep in mind is the delayed onset many have with Aurora Indica. The cannabis is known as a creeper strain, meaning the effects often take a little while to kick in after consuming. Don’t try and compensate for this by using more than you usually would. Let the effects take hold first before deciding on using more.

The relatively low strength of the side effects is because Aurora Indica doesn’t have exceptionally high levels of THC. With less of the psychoactive cannabinoid present, the cerebral effects are weaker. It also means you can most likely smoke more than other strains before you start to feel unwanted side effects. However, do not be caught out by the creeping onset and be fooled into thinking you need to use more as the effects haven’t yet fully set in.

Please remember that Aurora Indica can still cause unpleasant feelings if smoked in excess, so enjoy responsibly. Use a regular dosage to begin with and allow extra time for the effects to set in before deciding to use more.

And so that concludes our investigation into Aurora Indica. We hope you found out what you needed about the strain from our information. Generally, Aurora Indica sounds like the perfect breed for newcomers to the marijuana world. With decent levels of THC, you can enjoy the effects without being overwhelmed, just be wary of the delayed onset of the effects.

It also offers an excellent entry into cannabis cultivation. There are a few simple rules to follow, but if you do, you will be rewarded with a fair crop of bud. From here, you could then venture onto more advanced grows.

Overall then, Aurora Indica proves to be just as beautiful as its namesake, if slightly less spectacular.

Have you ever tried any Aurora Indica? Have you grown some of your own? We would love to hear about your experience in the comments section below.