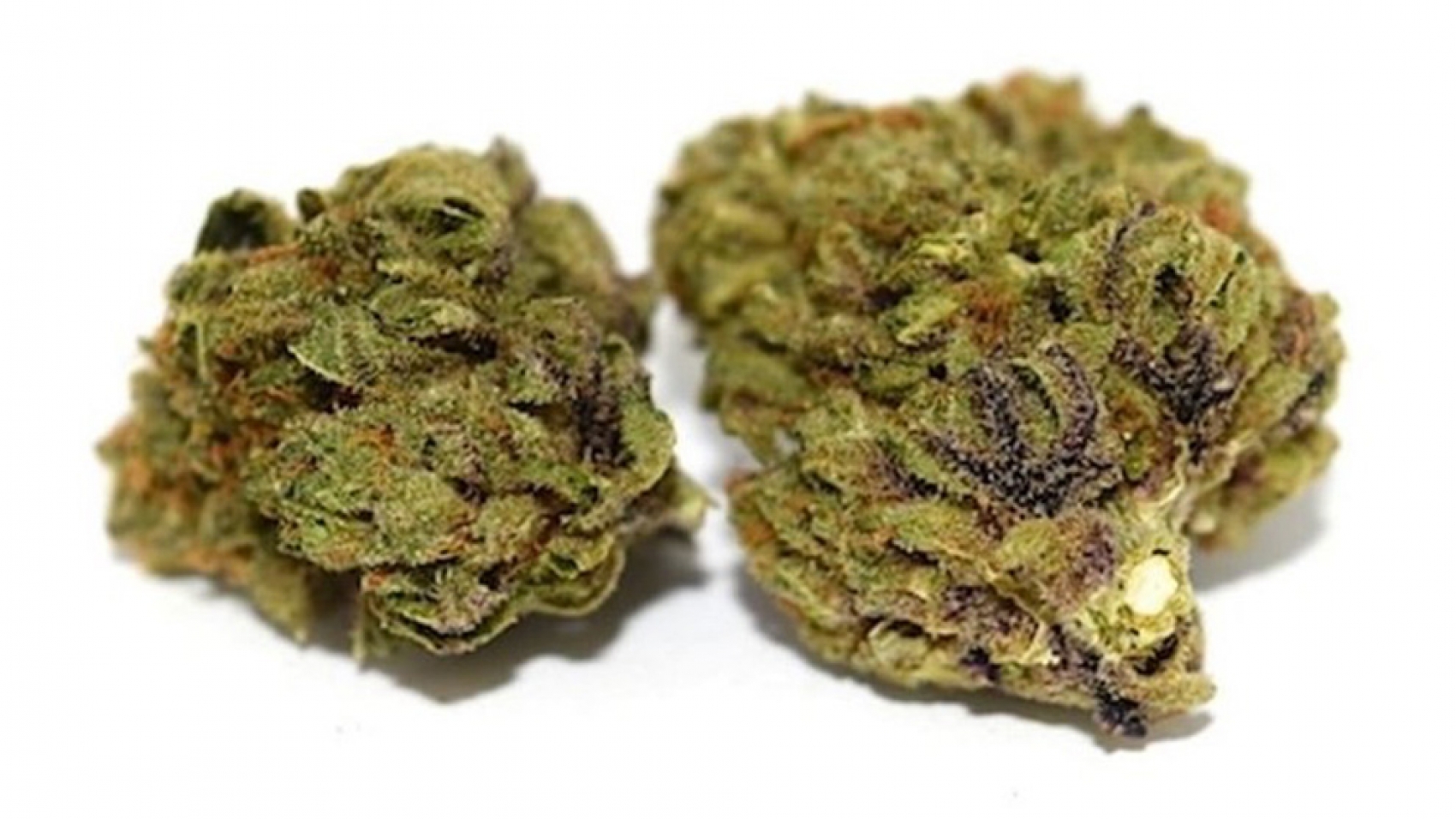 The Afghani strain is a strain with some of the purest indica genetics around with its total Indica lineage being at 100%. It originated way over in the Middle East and was brought to the U.S. in the 70s, just before the war on cannabis had begun. This pure Indica gem of a strain offers a relaxing and sedating high that is perfect for conditions involving chronic pain and fatigue like fibromyalgia.

Notorious for being one of the most resinous varieties of cannabis on Earth, Afghani weed is, in many ways, from another planet. In fact, it is so valued for its potency that it is the strain most commonly used for producing the outstanding Afghan Black Hash.

Adored by cultivators because of a steady genetic lineage, this cannabis type makes a strong base for breeders who want to produce other variations from this dank indica. Named after its geographic origins, you can imagine the stunning lands where Afghani originates from, growing wild in mass groves where locals have picked the strain for centuries, utilizing the crop for its amazing medicinal properties.

Known for being a landrace strain from the towering mountains of the Middle East, Afghani weed boasts some of the purest indica genetics know to man.

This marijuana type did not need to be tweaked by humans – nature managed to balance out the genetics itself, producing an almost perfect cultivar that was simply taken to a new level once scientists got involved. Both natural selection and years of human cultivation are to thank for the reliable genetics of Afghani marijuana.

Along with an intriguing origin, this unique and ancient variety also has a fascinating backstory which explains how this marijuana ended up in North America. Said to be brought to the U.S. just before the 1970s cannabis ban, which was propelled by the Nixon administration, cultivators have since held and protected these valuable genetics so that the magic would not be lost nor forgotten.

If you enjoy indica-dominant strains that are capable of encouraging pain relief and relaxation, or if you enjoy experiencing a strong body high that may even help you fall asleep soundly at night, then the Afghani marijuana strain may be of value to you.

What Is the Afghani Cannabis Strain?

Known for its use as an effective parent cannabis strain to breed popular weed types like Blueberry and Northern Lights, it is not actually that easy to find pure Afghani available as smokable bud. Rather, it is more likely you might discover one of its byproducts, like the heavy-hitting Afghan Black Hash.

Extremely strong, novices need to beware of their consumption levels, for this cannabis strain can easily reach a 15-25% THC content; coupled with its 100% indica presence, you will not want to intake this marijuana unplanned.

Presenting an immense body high that leaves you sedated with plenty of appetite and probably the munchies, many of those who have been fortunate enough to try this indica are deeply satisfied with their experience.

Smelling of sweet flowers that engulf the senses in a wave of floral and earthy pungence, some claim that Afghani’s aroma is more pleasant than the best perfume, with a scent much more natural and grounding. The aroma is coupled with a mind-blowing flavor that subtly impresses its consumers; piney and spicy, the earthy and herbal aftertaste blends with initial hits of a feisty display between the delicateness of flowers and the fire of strong herbs.

This is in part what makes Afghani cannabis so suitable for the production of hash, as its resinous blocks feature exceptional THC levels.

Appearance-wise, Afghani weed is short and bushy, much like other indicas. It possesses big and long water leaves that are dark green and broad. The buds themselves are thick and densely packed, ranging from pale green to a deeper green in color with faint, brassy orange pistils that curl and bend amongst the frosty sugar leaves.

The nugs are a bit blunt at the tops, packing in a lot of flavor. Afghani displays the classic cannabis look, which would be expected of such a foundational landrace strain that has influenced genetics of countless other strains. In many ways, Afghani is the epitome of an indica.

Suitable for cultivation both indoors and outdoors, Afghani indica is greatly tailorable to your own personal preferences and desires, so be it that your environmental conditions permit healthy growth. Short in stature, many enjoy watching this crop flourish inside, because it only ever reaches about 2 feet in height even once fully developed, which makes it pretty simple to tuck into just about any corner or small space.

Even those without the proper space for a marijuana growing operation can manage to plant these pretty ladies, at least for personal use. Outside, the short stature does help keep the operation discreet, especially if your neighbors are not so fond of marijuana. Afghani does not make it hard to maintain your privacy.

Outdoors, a warm, Mediterranean climate is essential for a hearty yield, with harvest falling around late September to early October, just before the chill of Autumn takes over. This cannabis strain is naturally very resistant to most common mildews and molds, which makes it an excellent choice for those who do not like cultivating high maintenance plants.

The flowering period for this cannabis strain is between 7-8 weeks, which is rather fast, with indoor yields averaging about 16 ounces per square meter of crops, and outdoor yields proving more bountiful at around 21 ounces per plant.

Expect your buds to be coated with thick, sticky resin; this is an excellent hash-producing strain afterall. When preparing to trim the buds, have sharp scissors, coconut oil and rubbing alcohol on hand; you’ll need these to keep the hash from building up on your tools and fingers.

The high from Afghani weed is predominantly felt on a physical level, beginning as a body high and melting into aspects of the brain after some time. Assisting with the extinguishing of heavy, difficult thoughts that may be negative or counterintuitive for internal growth, this cannabis strain helps bring about a lot of mental clarity for those who regularly consume it. It is intensely relaxing, producing deep sedation and sensations of euphoric bliss.

Best kept as a nighttime indulgence, your body will feel heavy, which makes daytime consumption complicated because Afghani is certainly not an energizing cannabis. Do not expect to move around or be particularly active; prepare by having the essentials of what you need within close proximity, because once you plop down on the couch, you probably will not want to get up.

Said to advance couchlock and the munchies, Afghani weed gives you the pleasant ability to raid your fridge and fully unwind, two actions that are sometimes necessary to completely let go and just enjoy life, pain and worry free. Belly-full and mind packed with easing thoughts, you may end your night by falling asleep, only to wake up the next morning feeling refreshed and completely rested.

Promoting healing on both a physical and a mental level, as long as you do not have many plans and are ready to simply sit back and watch as Afghani work its magic, this strain may be suited for you. This herb’s medicinal properties stem from its deeply sedative effects, which bring about a certain mellow euphoria that is unmatched by many other cannabis types.

Mentally, this helps mostly with PTSD and anxiety, which seem to step aside for a moment as the brain is bombarded with easing thoughts and mental clarity. This further extends to the physical realm, where the body is hit with a wave of euphoric tranquility, proving to be peaceful and restful.

On a physical level, Afghani is best suited as a potent weapon against chronic pain, crushing this debilitating condition and making it possible to function relatively comfortably once more. Particularly for individuals that have been involved in accidents where they were injured, this cannabis type can be of help to numb the pain, helping these individuals to stay away from prescription painkillers.

Furthermore, back pain, fibromyalgia, chronic fatigue, nausea and lack of appetite all benefit from Afghani. Strong doses of this strain are usually in order for the complete medicinal qualities to be expressed, and purchasing or even producing your own hash from the Afghani buds is a brilliant way to receive this powerful herb quick.

Afghani, like all cannabis strains, does present some side effects, particularly when it is consumed in higher doses where the THC quantity can build up and amplify. In most circumstances, the consumption of this marijuana strain is met with dry mouth and itchy eyes, possibly coupled with the feeling of being parched or dehydrated.

Dry mouth, also sometimes referred to as cottonmouth, is easily manageable with just a bit of extra preparation and planning. Drinking plenty of hydrating fluids before, during and after your high is vital to ensuring that your mouth will remain moist, as well as for keeping the dehydration at bay.

Staying hydrated not only assists in these areas, but it also will help to decrease your chances of headaches or any next day grogginess. By purchasing moisturizing eye drops at your local pharmacy or drug store in advance, and keeping them readily available, itchy or dry eyes should not be a concern.

In more rare circumstances, some users have reported Afghani causing some slight dizziness or a mild headache, but this is primarily amongst novice smokers, and even then it is uncommon. Paranoia is not likely, but a handful of consumers have had this experience. Thankfully, all of the most uncomfortable side effects are said to wear-off quickly, so do not be turned-off by this flower’s potential strength.

You might feel deterred by Afghani’s harsh smoke and heavily sedative effects, but in reality, not only does this cannabis offer an experience that is ancient and historical – being one of the original landrace strains – but it is also incredibly medicinally beneficial, commonly recommended by MMJ doctors who recognize its value and wide range of use.

If you are searching for an herbal alternative to conventional medical treatments for fibromyalgia, PTSD, chronic pain, chronic fatigue, anxiety, insomnia, lack of appetite or nausea, or if you have recently suffered painful injuries because of an accident, then the Afghani marijuana strain may be of assistance in promoting recovery and overall well-being.

We hope you not only found this article to entertaining, but also educational and informative. It is important to remember that the consumption of cannabis is the sole responsibility of the user, and discretion should always be taken.