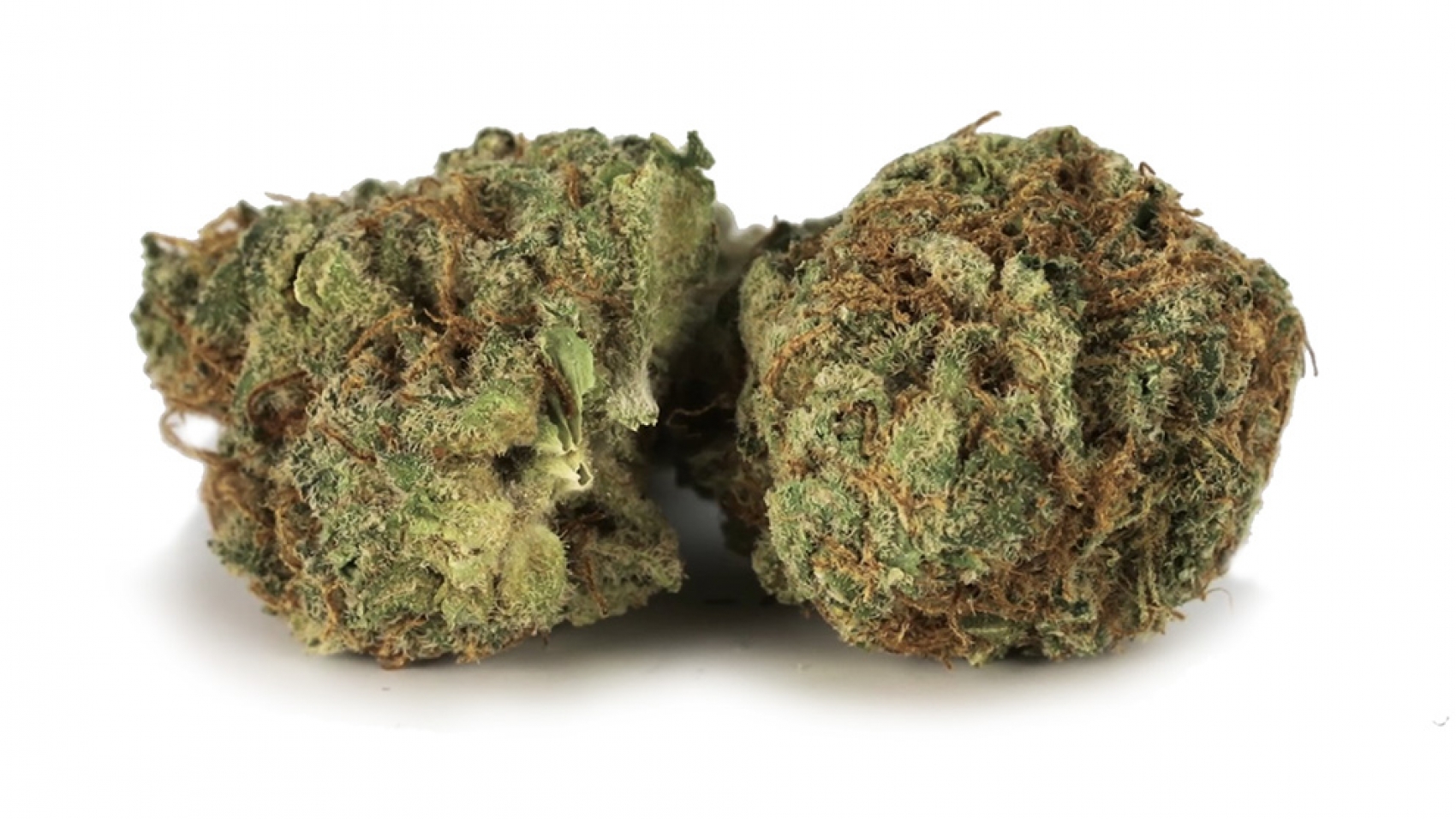 Ace of Spades is a hybrid strain, achieved by crossing the Black Cherry Soda strain with Jack the Ripper. As a result, it’s flavor profile is very cherry and berry-like with hints of citrus (thanks to Jack the Ripper). It is a popular medicinal bud and has been used to remedy conditions from arthritis and back pain to anxiety and PTSD.

It looked like TGA Subcool Seeds had done it all in terms of breeding top-notch cannabis strains. However, they proved that they had yet another “ace” up their sleeve with this strain. As well as being a great recreational option, Ace of Spades is arguably even better suited to the medicinal cannabis consumer. Let’s find out more about this exciting hybrid.

What is the Ace of Spades Strain?

The Ace of Spades marijuana strain is an Indica-dominant Hybrid bred by TGA Subcool Seeds. A cross between Black Cherry Soda and Jack the Ripper, this is a sleepy bud that produces between 15 and 20% THC.

The effects of this strain can be more on the Sativa side, to begin with. However, the high quickly fades into something more sedative and physical. This makes Ace of Spades a great choice for marijuana enthusiasts who crave a body buzz but are also looking to increase focus.

Cannabis fans should also keep their refrigerator stocked when consuming this strain, as it’s known to lead to an increase in appetite.

As the initial high starts to fade, this strain’s indica effects kick in, and a gentle feeling of calm pervades. Then, as time passes, users typically experience deep relaxation followed by sleepiness. As the pattern of the Ace of Spades strain’s effects suggests, it is best suited to evening use.

The Ace of Spades strain has a pleasantly fragrant sweet and sour aroma. An earthy odor infused with berry notes and citrusy smells give this strain a deliciously distinctive fragrance.

The Ace of Spades strain has a similarly lemony, citrusy taste with herbal and berry flavors detectable on the exhale.

An Ace of Spades plant grows bushy and tall with large flowers. The leaves are light green with large, heavily frosted buds. These can be purple, pink, or bluish, depending on the phenotype. Long, bright orange pistils grow prominently among the leaves, which give this plant a bit of added color.

Space is an important consideration if you plan to grow your Ace of Spades plant indoors as they grow tall and bushy. Therefore, you will need to prune and trim these plants regularly as they thicken up.

Experienced Ace of Spades growers recommend commencing Low-Stress Training (LST) early in the vegetative stage. LST involves gently manipulating and bending the plant’s stem to one side to encourage new node growth. A careful way of carrying out LST is to use the three-finger technique. With your thumb behind the stem, gently bend the plant’s stem over your thumb using your index and middle finger. It is essential to give the plant at least 24 hours to recover and respond after each LST bout.

What are the optimal growing conditions for an Ace of Spades? Well, outdoors, this strain thrives in a warm, sunny, Mediterranean type climate. However, most aren’t lucky enough to live in a place where a beautiful climate is the norm. Therefore, when replicating this climate indoors, the recommended temperature range is between 75-79 degrees Fahrenheit.

The Ace of Spades indoors flowering period is between 8-9 weeks. Outdoors, these plants will be ready for harvesting in late September or early October. Indoors, an Ace of Spades plant produces a very generous yield of 23 ounces per meter squared. Outdoors, you can expect an average yield of around 19 ounces per plant.

The Ace of Spades average THC range is typically between 14-20%, with the latter figure being the highest recorded level.

The highest CBD level in an Ace of Spades sample was just 1%.

Medical Benefits of the Ace of Spades Strain

Ace of Spades’ combination of mood-boosting, focusing and stress-relieving properties makes it a potential choice for medical marijuana patients looking to combat a range of symptoms.

Like its parent Jack The Ripper, the Ace of Spades strain contains a significant amount of the cannabinoid tetrahydrocannabivarin (THCV).

In 2014, at the High Times Seattle U.S. Cannabis Cup, an Ace of Spades shatter contained a whopping 2.4% THCV. For the record, shatter is a form of cannabis concentrate, so-called because it tends to shatter like glass when cold.

Some of THCV’s purported medicinal properties include:

Therefore, some believe that the Ace of Spades’ high THCV content makes it an excellent medicinal cannabis strain. Given THCV’s anti-inflammatory properties, the Ace of Spades strain may be useful for chronic pain conditions like arthritis. It may also help to alleviate other sources of pain, such as lower back and muscular pain.

As THCV has anti-anxiety properties, the Ace of Spades strain may be useful for individuals suffering from this type of mood disorder.

The deep feeling of relaxation that the Ace of Spades strain instills may benefit people worn-down by chronic stress. Also, the Ace of Spades’ relaxing body-melt and soporific effects may help insomniacs get some much-needed sleep.

Possible Side Effects of Ace of Spades Strain

Many Ace of Spades weed users experience dry eyes and dry mouth after smoking this strain. Some less common adverse reactions include heightened anxiety and paranoia, and dizziness.

Depending on the amount consumed or individual tolerance to this strain’s effects, some users may become couch-locked.

The Ace of Spades strain is an excellent option for both recreational and medicinal consumers. This strain’s relatively high THCV level means that it potentially has more health benefits than many others.

Unlike the classic Motorhead song of the same name, the Ace of Spades won’t have you energized and rocking out.

Instead, most users feel uplifted, calm, and nicely relaxed. Be mindful that this strain can cause drowsiness in its latter stages, so keep this one for evening time use.