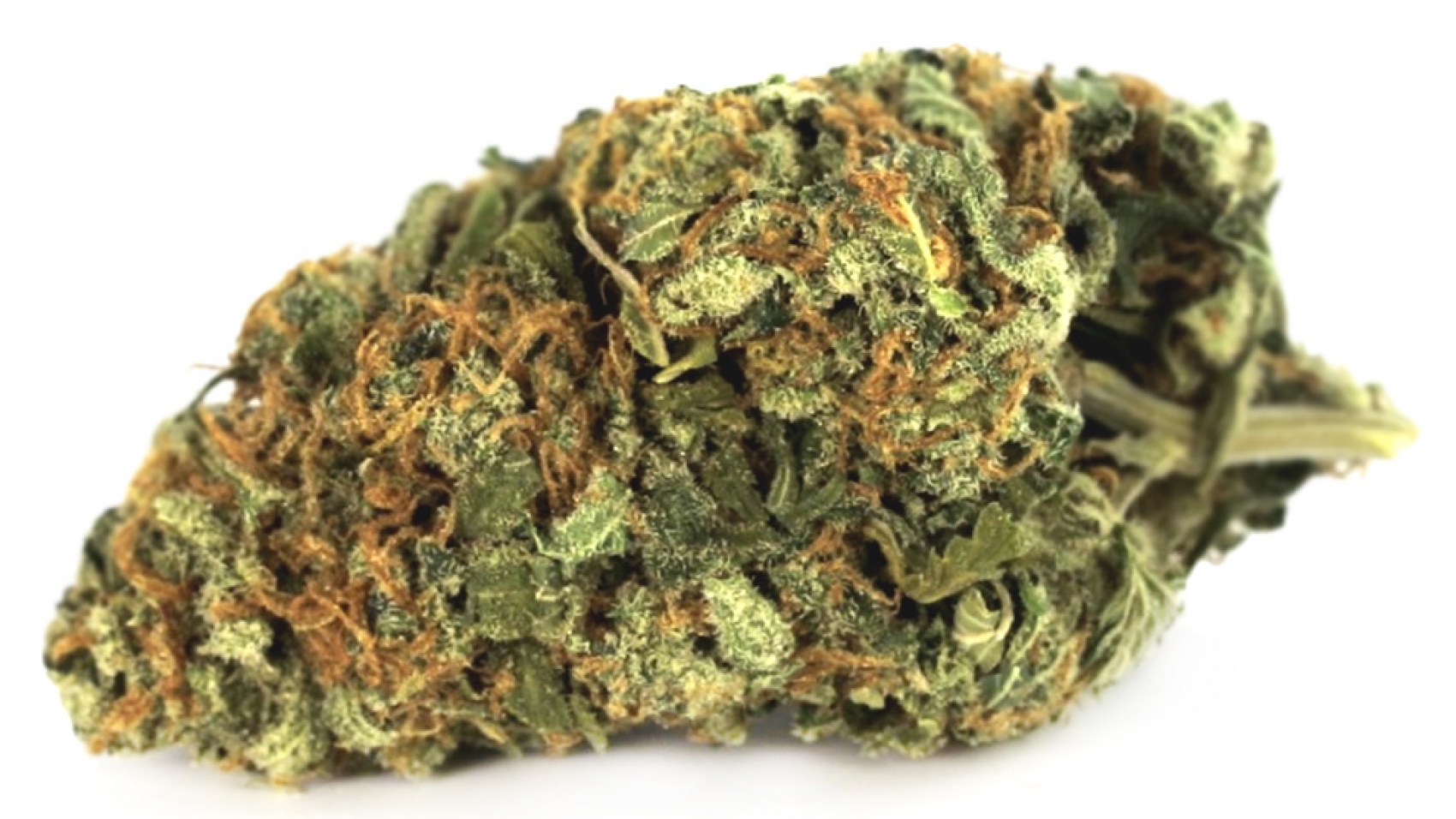 Acapulco gold is a mysterious Sativa strain of unknown origin that comes from indigenous Mexican strains.

While its exact genetics remain a mystery, Acapulco Gold is a popular and historically significant sativa-leaning hybrid that thrives in outdoor grow environments and is indigenous to Acapulco, Mexico. As indoor cultivation becomes the go-to method for many growers, the original Acapulco Gold cultivar is considered to be a bit of a rarity within modern-day cannabis cultivation circles.

Acapulco Gold strain is one of the most popular, even legendary, weeds out there – a potent Mexican Sativa that gives you exactly what you’d expect. This is the stuff of legend, let me tell you, there’s nothing like that in this world, which makes it even more unfortunate that this weed is becoming much harder to find these days. Acapulco Gold weed is the kind of weed someone would tell you about as a tale, a weed people mention with their hearts trembling, a weed that’s hard to find and impossible to forget. That’s what this weed is – a true legend among the smokers and a gem among all the other strains of weed you’d find.

The History Of The Acapulco Gold

It’s history is shrouded in mystery and nobody really knows where it comes from. What is known for sure, is that this weed comes from Mexico, most likely from the Acapulco area. We do not know who were the cultivars behind this masterpiece neither we know when exactly did they come up with this strain. Most likely, this cannabis comes from the lineage of indigenous Mexican weeds that have been growing in the area for centuries.

Due to the specific climate and latitude, the weeds in the area have a predominant Sativa effect, which translates into energizing effects of the local strains including Acapulco Gold marijuana. While it is unknown what exact strain is a parent to the Aca, we do know that it is an amazing strain that produces a great array of positive effects upon the smokers, so let us discuss some of those.

Acapulco Gold As A Parent

There are two main strains that directly descend from Acapulco Gold – Kelly Hill Gold and Ape Shit. These two take the best of Gold weed and add several new features to this awesome strain.

This strain is seriously something else, with orange hairs that resemble a gold nugget and greens and browns interwoven in between. Acapulco Gold is a simply stunning looking flower.

Taken from its appearance, the name Acapulco Gold doesn’t do this plant justice. It has truly bountiful resin and a unique hue that you have to see to appreciate fully.

Once you have gotten over the beauty of this plant, dubbed “connoisseur pot”, the sweet and alluring aroma will quickly bowl you over. Think warm toffee and coffee undertones with a subtle pine and citrus note running through it. Acapulco Gold is rich in all of its elements, and the taste is just as delicious and mouthwatering as the smell.

With buttercream sweetness and earthy back notes, Acapulco Gold is a genuinely delicious strain that will undoubtedly have you coming back for more!

Acapulco Gold is an exclusive strain that truly represents its Mexican sativa roots. This strain is all about inducing strong and undeniable feelings of happiness, allowing you to feel enlightened and invigorated, which enjoying a uniquely clear-headed high.

This strong sativa is said to be arousing as well as uplifting and is recommended as a bit of a party-starter. Acapulco Gold will lift your mood and keep you in a solid euphoric state, especially when you are kept in good company and have the opportunity to relax and feel comfortable.

Acapulco Gold is an energetic strain that will keep you on your toes and ready to get something done. Its strong sativa properties will guarantee you a good mood and some happy vibrations, while making you feel relaxed and stress-free, even after a long and exhausting day.

Possible Side Effects of Acapulco Gold

Like with any strain of cannabis, too much can come with some adverse side effects. Therefore, ensuring that you stay within your limits of tolerance is key to enjoying marijuana to its full potential.

Acapulco Gold has a few typical side effects such as dry eyes and mouth, with some people reporting mild anxiety and paranoia as a result of the strain. We would recommend starting low and working up to a level that suits you to avoid any unpleasant effects.

Medical Benefits of the Acapulco Gold

Despite its status as a luxury strain, Acapulco Gold is also extremely beneficial as a medicinal cannabis strain. With THC levels of up to 23%, it boasts many potential benefits.

Sufferers from some mental health conditions such as anxiety and depression have been known to reach for Acapulco Gold. Their aim is to benefit from its potent mental high that kicks in fast with a boost of euphoria and high-energy.

It is due to its sativa properties that Acapulco Gold is a great pain reliever, and can be used to help with muscle spasms, nausea, and inflammatory pain.

This strain’s versatility makes it an excellent all-rounder to relieve the symptoms of a host of conditions.

The Oxford English Dictionary officially defined this super happy strain as a “special grade of cannabis growing in the city of Acapulco” – it really is something else.

Acapulco Gold has an average THC content of 15%. However, some samples could contain much higher levels of this cannabinoid, reaching up to 23% THC.

This strain typically contains less than 1% CBD, with average levels of around 0.7%. However, this does not mean it is lacking medicinal effects.

Known to produce an energetic and cerebral high, a true Acapulco Gold plant is distinguishable by its sativa growth traits, yielding chunky colas that range from dark green to golden brown in color. Carrying an aroma that has been described as burnt toffee, Acapulco Gold is reported to produce an earthy, pungent taste upon consumption.

Although the strain is best suited for outdoor growing conditions, cultivators should have less difficulty with the newer generation of Acapulco Gold seeds. Following a 60-to-70-day flowering period, one Acapulco Gold strain is reported to yield up to 500 grams per square meter indoors and, if properly harvested outdoors in the Northern Hemisphere by mid-October, up to 1 1/2 kilograms per plant.

Acapulco Gold comes from Acapulco, Mexico, but the exact genetics of the strain are unknown. Traditionally, this strain was grown outdoors. Growing it indoors is still proving to be tricky for producers as there are no clear guidelines on how to do it. This makes the strain harder to find as more growers move their operations inside. When grown indoors, the strain flowers for 70-75 days. Outdoors, plants are ready for harvest by mid-October. There have been reports of yields up to 500 grams per square meter. Tests have shown that Acapulco Gold plants can have as much as 23% THC.

Acapulco Gold can take an average of 10 to 11 weeks to flower and be ready for a harvest. This sativa can be expected to produce an average of 16 ounces of fresh bud during harvest.

This strain can be expected to yield an average of 19 ounces per plant. Acapulco Gold usually flower throughout the late summer and should be ready for a successful harvest around late October.

This weed goes great in a form of edibles, that’s for sure. You can make cookies or brownies with this weed and enjoy a long-lasting trip that is different from what you get by smoking it. If you ever tried edibles, you know that they produce a different effect on your body and mind because our digestive system processes cannabinoids slower than our lungs. This makes a cookie trip longer and much more immersive. It is hard to explain this feeling because it is kinda similar to a regular smoke trip, but at the same time, it is also a different experience, so you should just try it.

A couple of quick tips for you: do not put too much weed in your edibles. Usually, with high THC Sativa like Acapulco, you should aim for about 5 to 7 grams of buds for a kilo of flour. So, if you make a cannabutter or oil, make sure you don’t put too much stuff in there. Cookies that are too potent can keep you high for many hours and up to a couple of days, if you go overkill, and that’s not the experience you want, trust me. Secondly, you might want to make your cookies sweeter than you’d usually do because of the peculiar taste of Acapulco weed. It is peppery, so you would feel this strong taste of weed in your cookies, and if it’s not what you are looking for, just add some sweeteners in there to make sure your final product tastes just right.

It’s hard to tell which strain is similar to Acapulco gold due to the ambiguous origin of that weed. One of its child strains called Ape Shit would probably be the most similar to it – like father like son, you’d say. There are lots of different strains that have energizing effects, a lot of strains that have a similarly seamless offset, and a lot of strains that are perfect for a mid-day sash, but Acapulco gold combines all of these features and elevates them to a whole nother level. It is fair to say that Acapulco gold is one of the best weeds known to humanity, and the mystery behind its origin makes it so much more valuable than any other strain we know about.

The Reasons To Smoke Acapulco Gold

Everybody has their own reasons to smoke cannabis, which is totally normal. That is the beauty of this culture – we all enjoy the same thing but have our own goals we pursue when we smoke. Some people smoke just for the sake of it, some smoke to have fun, some smoke in a company of good friends, some smoke alone, some smoke to kill the pain, and some smoke to fight off depression. There are numerous and numerous reasons to smoke weed, but when it comes to Acapulco Gold strain, all of those reasons multiply by the very fact that this is a legendary weed, nature’s masterpiece, and a true indulgence for any weed lover. Smoking Acapulco gold means becoming a part of this long-lasting tradition that goes deep into the centuries of cannabis culture in Mexico.