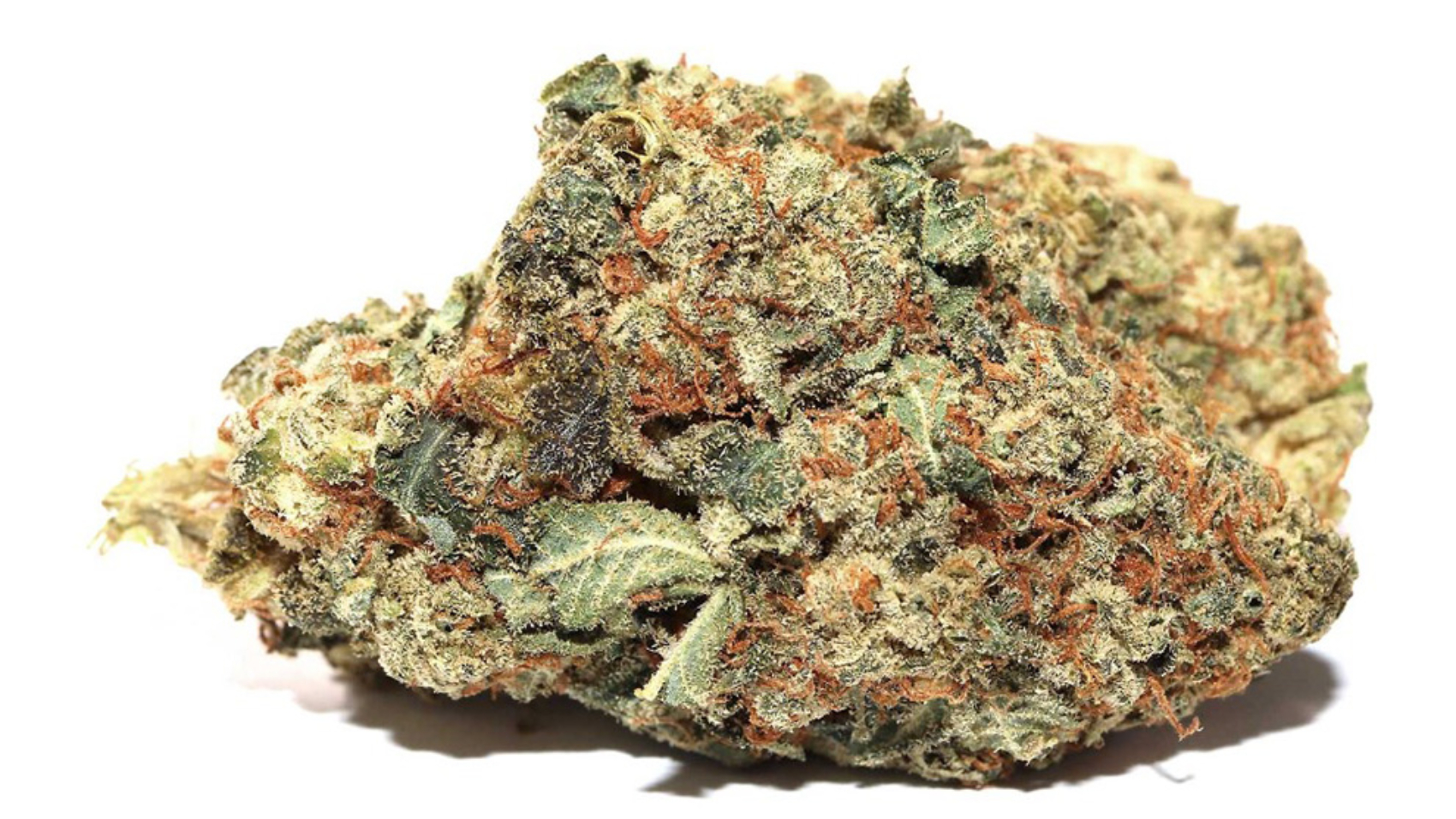 ACDC is a phenotype of the high-CBD strain Cannatonic (also known as the CBD Queen) that was selected by Dr. William Courtney after receiving a packet of seeds from its original breeder, Spain-based Resin Seeds.

What does acdc stand for?

If you’ve ever heard of the cannabis strain Cannatonic, you’ll know that this was one of the initial CBD-prominent strains that was bred specifically to assist individuals suffering from serious medical conditions.

If you are wondering why we are discussing Cannatonic and not the strain at hand, though, you might be surprised to learn that ACDC is actually just a sativa-dominant phenotype of Cannatonic (although it actually contains an even lower percentage of THC, making it one of the least psychoactive and most medicinal strains available to the public).

ACDC has gone on to receive brilliant recognition in the cannabis community, even winning a Cannabis Cup award for its therapeutic, non-intoxicating effects.

ACDC has a THC-to-CBD ratio of approximately 1:20, which means that, if a sample of the marijuana was sent into a lab for testing, results should come back with about a 16-24% CBD content and a mere 0.5-1.2% THC content.

If you want to smoke weed to get high, ACDC is most certainly not the strain you’re looking for. Rather, the sole purpose of ACDC weed is to serve as a medicinal treatment for those who want to experience the healing potential of cannabis, without the mind-altering effects.

If you are sensitive to THC but still want a little bit of the psychoactive sensation, Cannatonic may be a better option, as its THC content is typically around 6% – not nearly as low as its relative ACDC (you can at least usually acquire a mild high and light psychoactive effects with Cannatonic).

ACDC, on the other hand, won’t make you feel the classic “high” at all – so keep this in mind if you plan on purchasing the strain with specific “results” in mind. In fact, some dispensaries have even taken to labeling ACDC as a “THC-free” strain, as it will not impair your abilities to function throughout your day-to-day activities.

Even with all the values that it gives in medical use, cannabis has to smell good, right? ACDC does not fail here as it does have a pleasant smell that can be described as sweet citrus with an earthy undertone.

ACDC taste like how it smells, which for some is strange but nevertheless, pleasing to the taste buds. It has a mix aftertaste skunk, sweet and peppery with hints of pine, but for some, woody.

Like almost, if not all cannabis strains, you will need to drink water to keep yourself hydrated. That is because one adverse reaction of using ACDC is that it may leave your mouth dry.

But once you start to smoke too much, the other adverse reactions may start to manifest and that includes having dry eyes, dizziness, and headache. Also, excessive smoking may also add to anxiety, which defeats the purpose of this strain in as far as being used as a medical cannabis to ease anxiety levels.

The strain reportedly grows to average height, producing thin leaves and medium yields of big, dewy buds. The strain grows best indoors and in warm environments. It’s reported to flower in 63-70 days, possibly longer in colder areas. ACDC can be finicky, so novice and intermediate growers with limited grow space may want to look elsewhere for a high-CBD plant.

Originally bred by Resin Seeds, the sativa-to-indica ratio of ACDC weed is most often thought to be about 50:50, meaning it would have a really balanced and even-keeled high — if of course it had enough THC to do some real psychoactive damage.

Although you won’t experience any psychoactive effects, you may feel a little more relaxed and relieved of stress after smoking or consuming ACDC marijuana, but it should never reach a point where it can actually impact your day in a negative manner.

Rather, frequent ACDC weed users have reported an increased ability to focus and concentrate, as well as an increase in feelings of joy, pleasure, and overall contentment.

Also, most would agree that the ACDC strain makes it possible to go about day-to-day activities, without feeling any difference in terms of drastic emotional or behavioral change. And if anything is felt, it will likely be positive.

And of course, ACDC cannabis should not cause you to experience any of the typical “stoner” symptoms; your reaction speed shouldn’t decrease, you shouldn’t feel any tingling throughout your body, you shouldn’t start laughing hysterically over everything, and you certainly shouldn’t end up eating everything available in your fridge.

Rather, ACDC weed should simply help take the edge off your day-to-day experiences — especially ones that can induce stress, anxiety, fatigue, or depression.

And most of all, where ACDC marijuana truly shines is in its medicinal abilities, which are capable of making life dramatically more comfortable for people living with a host of serious ailments, which we will go further into detail about in the next section.

Due to ACDC’s above average CBD content, it may be able to perform as a beneficial strain in assisting those who suffer from a variety of serious or debilitating medical conditions, specifically:

Many others can also find some solace with the help of ACDC cannabis, as its relaxing characteristics and its ability to make consumers focus for greater periods of time are essentially universal forms of therapy.

Additionally, ACDC tends to bring a light uplifting in mood or demeanor, keeping those with mental illnesses away from negative thought patterns that can produce further sadness, stress, anxiety, or depression.

Moreover, there have been many instances wherein people have found it difficult to treat a particular ailment with conventional drugs, but have found CBD-heavy strains (like ACDC) to provide considerable assisted. For example, people with epilepsy, multiple sclerosis, Parkinson’s disease, and even Multiple Sclerosis have all reported a decrease in symptoms after consuming high-CBD strains like ACDC.

Furthermore, dozens of recent scientific studies have openly backed up these claims, showing that CBD may indeed be able to make a very significant difference.

In terms of how to consume ACDC cannabis, the best method is really any method – whether by smoking, oil tincture, eating, or vaping.

All products that are extracted from ACDC are high in CBD, so the manner of intake should not make so much of a difference. If an individual has sensitive lungs, they should stay away from smoke, however, regardless of the substance that is being consumed.

Since the THC content of the ACDC strain is so low, patients and/or recreational smokers who are prone to THC-induced paranoia or anxiousness should not notice any negative side effects. In fact, CBD is actually known to help reverse the psychoactive effects of THC, which is why it is often recommended to take some CBD oil if you’re experiencing anxiety after smoking pot.

Of course, as is the case with nearly any cannabis strain in existence, one of the prominently experienced negative side effects of ACDC is dry mouth, otherwise known as cottonmouth.

Cottonmouth is easily manageable, however, simply by consuming hydrating fluids before, during, and after your high. With a little extra preparation, this adverse reaction can be avoided all together, making the ACDC strain a relatively risk-free option to try.