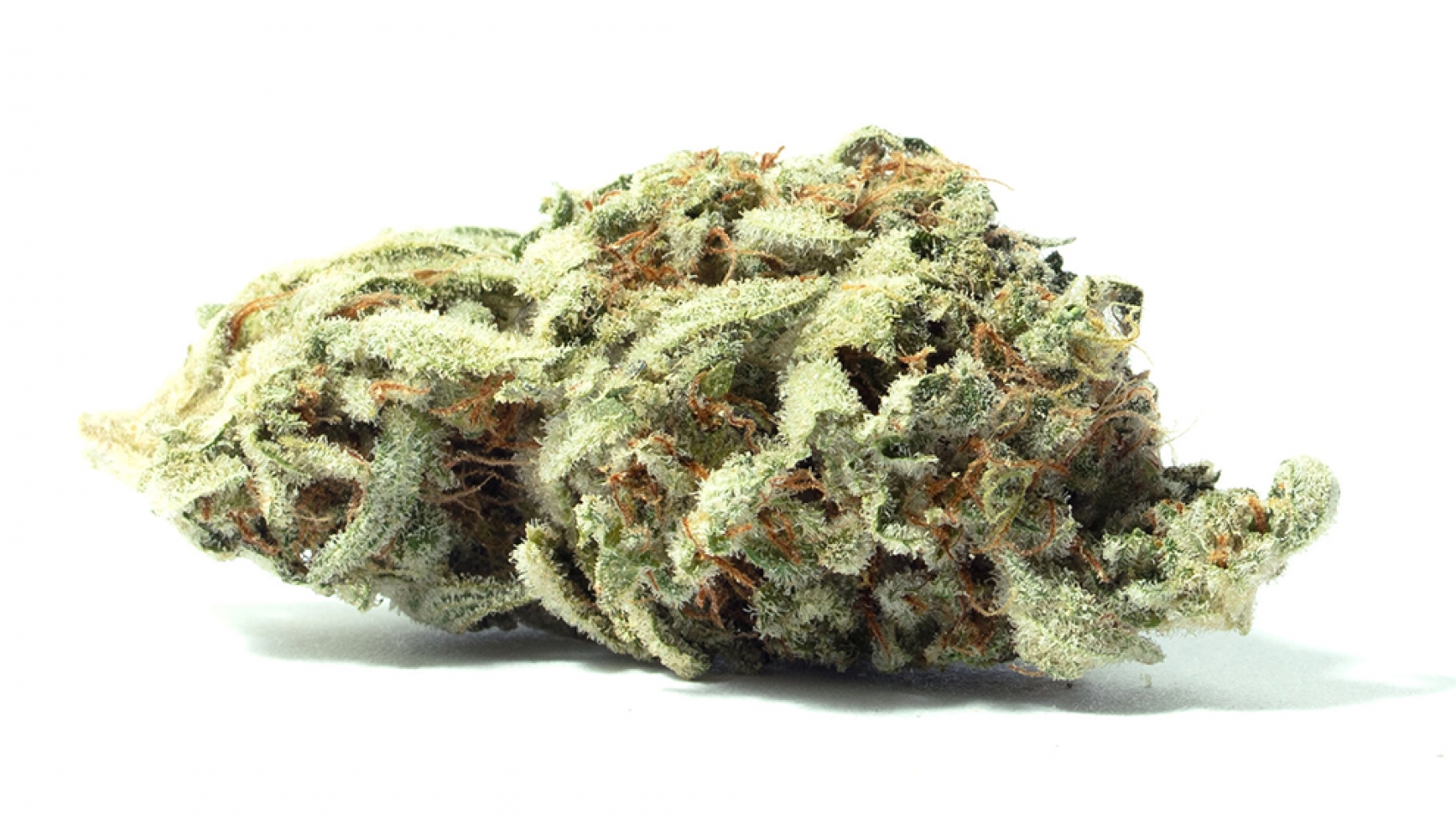 3X Crazy, also known as Insane OG or Optimus Prime, is a three-way cross of OG Kush, Bubba Kush, and Granddaddy Purple. This strain is said to carry an aroma of grapes and pepper with earthy undertones.

3X Crazy is a Sativa-dominant potent strain with 19% THC and 0.3% CBD. Its main parent is Purple Urkle. When grown, the buds are dark green, with thin pistils of an orange shade. The large, beautiful flowers can easily catch your attention, given the combination of mossy green and vivid orange.

At any rate, 3X Crazy did come from a prominent line of strains. OG Kush, as everyone knows, has been around for ages. It is also notable for its ability to melt away stress.

As potent as OG Kush is, it is nothing compared to Bubba Kush. It does not only handle stress the way OG Kush can; it does so with its sedating traits that often leaves users in a couch-lock.

As a result of crossing the three strains mentioned above, 3X Crazy came to be. Its name aptly refers to its parent strains and letting loose with its use.

3x Crazy cannabis strain’s high starts by mildly uplifting you and growing your energy, with a hazy overtone that can make you distant. A warming body buzz creeps on next, leaving you hungry and totally relaxed with possible sedation at the comedown.

3X crazy is best consumed during the evenings or nighttime due to its relaxing, calming effect. There is a slight sedative result, with waves of relaxation that comes from the spine, throughout the entire body. In the beginning, there is a focused, clear head high, followed by a distant, foggy effect. It is often consumed to get relief from muscle spams and other pain, but also insomnia, given the calming effect. Use 3X Crazy weed strain with caution as mild anxiety symptoms may follow.

Early on, most people should feel their head clearing. It is also likely to be followed by free thinking as well as having a sharper focus. Hence, instead of a speedy high in which random thoughts pop in and out, most people are able to stay productive. Another thing that the strain does is to uplift the spirit and bring happiness to the users.

After a while, there may be a tingling sensation from the back of the neck and down the spine. At this moment, the physical effects creep down to the body inducing deep relaxation. This ebbing sensation is soothing to the muscles, but it can also cause a little bit of disorientation. If one uses too much, then it can also lead to a couch-lock.

When properly cured, 3x Crazy smells fruity and sweet, with a mixed grape and berry character. On closer inspection, there is also a smoky, earthy scent, with notes of sap and pine lurking underneath this fruity bouquet. Breaking open the buds yields some spice and incense, a testament to the OG Kush in this variety’s background. When combusted, 3x Crazy burns with a smooth and easily ingested smoke that tastes clean and fruity on the exhale. Notably, any discernible grape flavors are coincidental to this strain’s purple leaves; while its color is determined by pigmentation, its aroma is dictated by separate botanical compounds called terpenes. 3x Crazy can be a particularly pungent smoke, so tokers who are preoccupied with discretion should take the needed precautions.

The only notable disadvantage of the strain is having to cause major dry-up of the salivary glands.

Besides the usual dry mouth and eyes, there are also other conditions associated with the use of 3X Crazy. Some people may feel dizzy while others may experience mild paranoia.

In general, any of these adverse effects, should they occur, are often mild. However, it really depends on conditioning as well as how much was used.

Medical Benefits of the 3X Crazy

Despite not having much of CBD to boast of, it is the psychoactive properties of the strain that has the most benefit to medical cannabis users.

3x Crazy may have several applications for medical cannabis patients as well. Although short-lived, its cerebral effects can help those with attention deficit disorders to sustain some concentration. Meanwhile, its numbing indica effects can relieve aches and pains, whether they’re temporary or chronic and nerve-related. The bud’s mood-elevating properties can also take the edge off of mild to moderate cases of stress and depression. Finally, in large enough doses, 3x Crazy can lull insomniacs into a deep, fulfilling sleep. Because this strain’s mental effects do not commonly lead to recursive, paranoid thinking, it can be a good option for patients who are prone to panic.

Among its most notable use is in squashing stress. That is never in question especially when one looks back at its OG lineage. By uplifting and inducing a euphoric head high, even those with depression should find comfort. No longer do they have to struggle with their emotional issues as this is replaced by elation.

Another benefit of 3X Crazy is in pain relief. People with chronic illnesses often have to endure a certain degree of physical discomfort. The heavy-hitting Indica properties of the strain take care of that.

Depending on how much one uses, either a user can stand and find food or simply go on to sleep. 3X Crazy stimulates the appetite, but it also makes people drowsy. Experienced users of this strain should have no trouble balancing between the two.

Unfortunately, 3X Crazy is not available in seed form. As such, the only way to cultivate it is to obtain a clipping. At any rate, it appears to tilt towards the Indica side. The chances are that it thrives in both the indoor and outdoor environment.

Unfortunately, no commercial breeders have made seeds of 3x Crazy for sale online; prospective growers must obtain clippings from mature plants in order to cultivate genetically identical “clones.” Plants can be grown indoors or out, although outdoor growing calls for a semi-humid, almost Mediterranean climate. The plants grow short and bushy, with strong lateral branches, and are easily accommodated indoors. Those looking to bring out the bud’s signature blue and purple hues should also briefly expose their crops to nighttime temperatures between 10 and 15 degrees below average. 3x Crazy flowers within 7 to 9 weeks when grown indoors.

The estimated flowering time indoor is between 7 to 9 weeks. Each square meter will likely have a yield of 10 to 12 ounces of buds.

3X Crazy should transition to the next phase at the end of September. Once mature, each plant can produce at least 12 ounces of buds.

Unfortunately, no commercial breeders have made seeds of 3x Crazy for sale online; prospective growers must obtain clippings from mature plants in order to cultivate genetically identical “clones.” Plants can be grown indoors or out, although outdoor growing calls for a semi-humid, almost Mediterranean climate. The plants grow short and bushy, with strong lateral branches, and are easily accommodated indoors. Those looking to bring out the bud’s signature blue and purple hues should also briefly expose their crops to nighttime temperatures between 10 and 15 degrees below average. 3x Crazy flowers within 7 to 9 weeks when grown indoors.